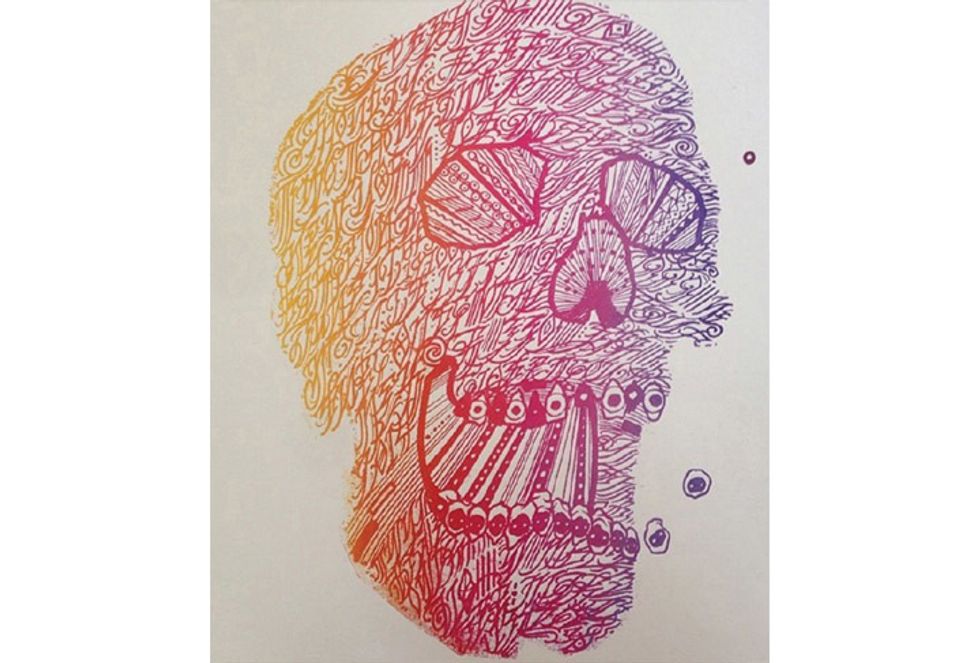 The 11 Art Openings to See This Week

by Gary Pini
PAPERMAG
Hippies, 2013, by Lisa Yuskavage.
New York artist Lisa Yuskavage has a show of new paintings and pastels opening on Thursday, April 23rd, 6 to 8 p.m. at David Zwirner (533 West 19th Street).  Zwirner has represented the Philly-born artist since 2005, and this is her fourth solo show with the New York gallery.   Up until June 13th.


Flux Factory hosts their 9th annual benefit auction on the 23rd from 7 to 10 p.m. at 79 Walker Street. Seventy-five artists have donated works for this fundraiser, and there's a party with open bar and DJs. You can bid online HERE through April 22nd and go HERE for tickets to the party.

Brooklyn tattoo artist -- and RISD alum -- JK5  celebrates the release of 13, limited-edition "scratchboards" at The Shop in the Standard High Line from 6 to 8 p.m. on Thursday, April 23rd. Joseph Ari Aloi (that's his real name) will be on hand to sign copies of his book and will also customize the store windows.

Check out twelve new works by Mary Corse -- an L.A. artist usually associated with the 60's "Light and Space " movement -- on April 23rd, 6 to 8 p.m. at Lehmann Maupin (536 West 22nd Street). By mixing paint with tiny glass beads, the artist's work can appear to change in brightness as the viewers' perspective shifts. Up until June 13th.

A solo show by Canadian artist Brent Wadden opens from 6 to 8 p.m. on Thursday, April 23rd, at Mitchell-Innes & Nash (534 West 26th Street).  It's his first major solo exhibit in NYC and includes eight new "woven" paintings.  Up until the end of May.

Mnuchin Gallery (45 East 78th Street) has an exhibition of paintings by the late, Paris-based artist Simon Hantai on view from April 28th to June 26th.  The works cover his first "mature" decade -- the 60s -- when Hantai created his "pliage" or "folding" method. This is the first show of its kind in the US, and the opening is on the 28th from 5:30 to 7:30 p.m.  On April 30th, the gallery also hosts a discussion on the artist's life moderated by Sarah Hanson with his son, Daniel; Alfred Pacquement and Robert Storr.

Richard Prince, Untitled, 2013
Luxembourg & Dayan (64 East 77th Street) has an exhibition of early figure drawings by Richard Prince opening April 23 and up until June 6.  When Prince moved to NYC in 1974, he signed up for a class in SoHo where, according to Prince, "Whoever showed up and took off their clothes got whatever we could afford to put in the (passed) hat."

From April 24th to the 26th, video artist Alex Bag will hold open auditions at Team Gallery (47 Wooster Street) for a sit-com based on four art-world characters.  Prospective actors will perform a monologue chosen by the artist, and the TV program will be produced and shown later.

Performa and the NYU Steinhardt School host "Paradiso: Performing the Renaissance," a two-day conference "historically situating and addressing the vibrant experimentation and interdisciplinarity that characterizes contemporary artists' performance."  It all happens on April 24th and 25th from 1 to 5:30 daily in the Einstein Auditorium (34 Stuyvesant Street).  Check out the full list of participants HERE.  Admission is free, but you must pick a day and reserve one of the limited number of seats here.

Leidy Churchman
Murray Guy (453 West 17th Street) opens Leidy Churchman's "The Meal of the Lion" on Saturday, April 25th, 6 to 8 p.m.  The New York-based artist uses Henri Rousseau's similarly-titled painting as the starting point for an "extraordinary junkyard of symbols, representations and alliances" resulting in a "tryst of the real and the imagined."  On view until June 6th.