The 10 Worst Kinds of New Yorkers 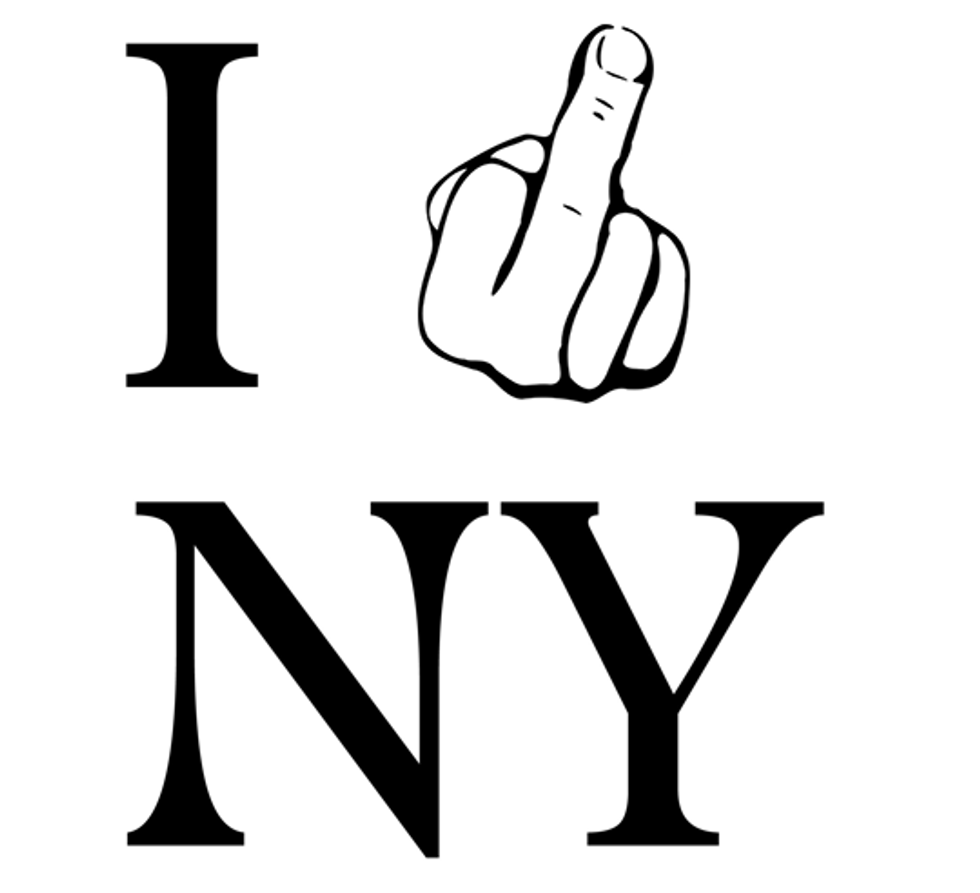 I adore every single person in this great city of mine -- except for the following 10 types. They're horrid, annoying, and sometimes even psychotic, but they're not going to get my goat and make me leave this place. After all, I'm sure other cities have way more than 10 annoying types of people. So I'll stay here and somehow deal with the 10 worst New Yorkers -- and if you're one of them (or several of them), it'll help if you kindly keep your distance:

The type who chronically moan that  everything in the city used to be better
They're just so tiresome in their constant harkening back to the best of the past, which they always unfairly compare to the worst of the present. (You know, "There used to be after-hours clubs, but now there's Starbucks!") They conveniently leave out the crime and desperation that often went along with the good old, golden days.

The ones who don't think Brooklyn really counts as part of the city
They'll complain about how there's no more edge left in New York -- no more starving artists and bohemia, blah blah blah -- but when you point out that there's quite a bit of that, it just happens to have moved over the bridge, they throw you a fish eye and walk away. They should keep walking all the way to Brooklyn, then come back and tell me there's no bohemia left.

The stroller pushers
I have nothing against people who procreate -- in fact, if we don't do so, we'll cease to exist as a race -- but I don't like the way some of them feel their possession of a stroller gives them ownership of the streets of New York. I've been run over by babies more than by anyone else in this town!

The ones who snarl, "You're going the wrong way," "Wear a helmet," and so on
Again, there's nothing wrong with people pointing out various misdeeds (though not wearing a helmet isn't illegal and is hardly their business). It's just that so many New Yorkers who used to be so laissez-faire have become like self-appointed police guards, constantly barking orders and admonitions at strangers in order to keep up the standards of what threatens to become a five-borough co-op. They need to go back to Connecticut, where that sort of thing is OK.

The ones who only do things that lots of other people are doing
They go on weekly museum tours and take out seasonal subscriptions to crappy theaters, and what's more, they never thought of riding a bicycle until Citibikes were thrust down their throats. Now they can't stop talking about it! Funny, this city used to be a lot more...no, let me not become one of my own most dreaded types.

The kind that never leave their neighborhood
They only go to restaurants within a two-block radius. They'll only see whatever's playing at the nearest movie theater. And they're freelance, so they usually never leave the house. Get a Citibike!

The ones who are glued to their cell phones
Of course this could happen in any city -- or even on a farm, for all I know -- but in New York, it's especially irritating, considering how much there is to experience here. Instead of taking it all in, people insist on attaching their eyes to that infernal small screen as if reading the word of God. As they do so, I send them a text saying, "Fuck you!"

The ones who blithely walk into traffic
They don't take off their headphones. They don't look up. They don't look from side to side. They don't even wait to get to a corner. They just sashay, oblivious, into a potential death sentence -- and they always survive!

Haters
Unbelievably, there are still people in New York who commit hate crimes. There are still dingdongs who yell witty stuff like "Faggot" out of cars -- and sometimes they have a New York license plate! I just don't get it. There are plenty of other cities in this fine country where haters can have a perfectly nice life with each other.

Unattractive people who make out in public
Get a room!