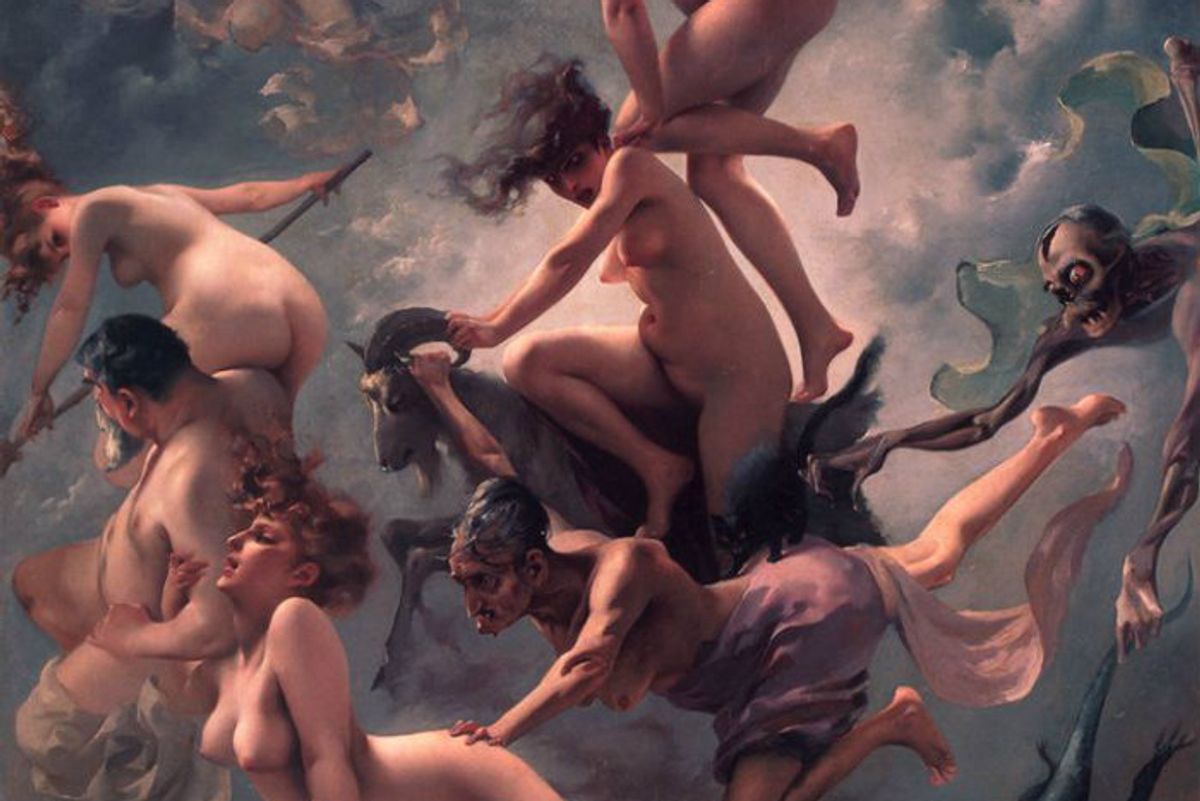 The 10 Thottiest Witches In Art History

Witches, succubi, sirens, sorceresses! Wicked women have been gossiped about and feared since the beginnings of human history. These women communed with the devil, subverted institutions, destroyed marriages, and engaged in all sorts of unspeakable acts of sin and immortality. They were lustful, wanton, and voluptuous. Basically, witches were the original thots.

We turned to art history to uncover more clues about history's witchiest, thottiest ladies, and these are the works we found:

1. Albrecht Dürer, The Four Witches, 1497: A train of thots sensually lounging at the gateway to death.


2. Francisco Goya, Witches' Flight, 1798: Three scantily-clad witches are depicted with their mouths on a man in mid-air, while bystanders recoil. Intense stuff, Goya.


3. Evelyn De Morgan, The Love Potion, 1903: When you've had a few drinks and start to feel the thot coming out.


5. Ishtar, Mesopotamia, c. 2000 BC: The Assyrian and Babylonian goddess of fertility, war, sex, and love was known to lure her many lovers into fatal traps, and will forever be remembered as antiquity's cruelest thot.


6. Paul Delvaux, L'Appel de la Nuit, 1938: It's possible to look hott in even the most desolate of landscapes, as Delvaux demonstrates.


7. Luis Ricardo Falera, Departure of the Witches/Faust's Vision, 1878: Faust's thottie dreams of the Satanic realm were exhibited at the Paris Salon of 1880.


8. John William Waterhouse, Circe Offering The Cup To Odysseus, 1891: In addition to being a magical goddess, witch, and enchantress, Circe was thirsty af.