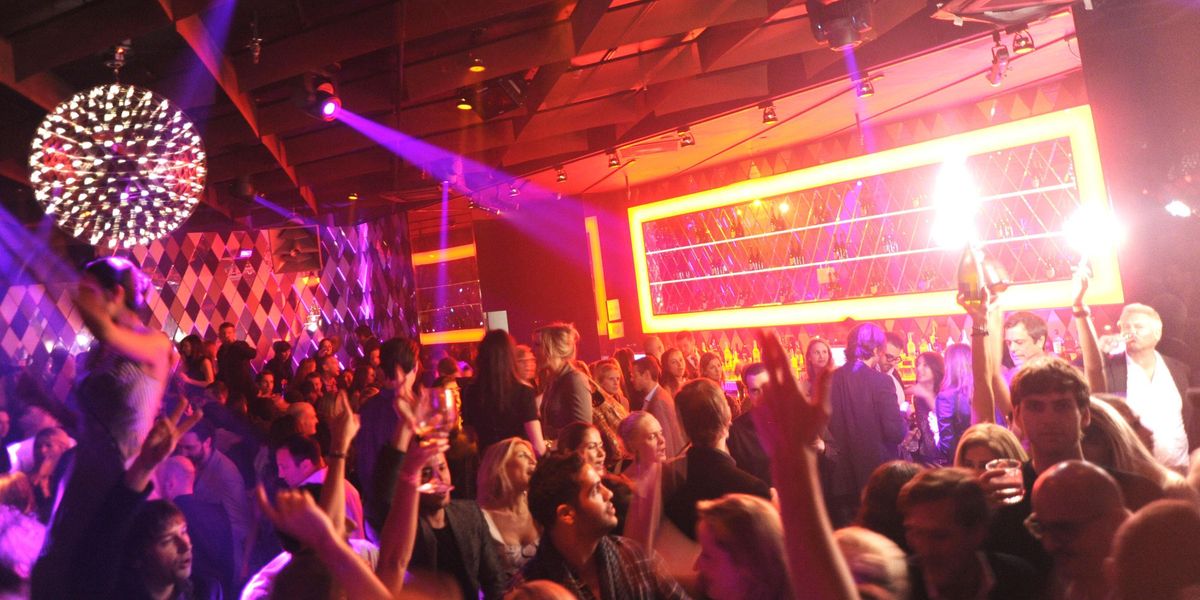 The 10 Most Horrible Kinds of People in New York Nightlife

It takes a village to make a good nightclub party, but it only takes one cretin to destroy it. And there are plenty of cretins out there who are perfectly willing to leave the house just so they can wreck other people's fun. Here are my 10 least favorite types of party pooper:

The ones whose heads become swelled with the chance to torture the throngs anxious to get in, while forgetting that their role is actually to facilitate entry and try to help people have a good time. One time, a doorman knew exactly who I was and knew I'd been invited, but he still wanted to play a power game, denying me entry while haughtily saying "Let me do my job." But he wouldn't let me do MY job. Shameful. I think a lot of these people are thugs on steroids.

I know they're just taking orders from higher-ups, but still. Shut up!

You know, the people who sidle up to you to pronounce mind-numbing utterances like "What have you been up to?" or "Where have you been?" or "Having fun?" or the all too obvious and boring "Trump sucks." I'd have a much more interesting repartee with myself than with these brain-dead types. Again: Either come up with a better conversational gambit or shut your pie hole!

The old-school ones who make fun of women's private parts, yell "Make some noise" ("Boo," I always respond), and do a sloppy lipsynch to a clichéd diva song. These queens are way in the minority these days, but sometimes they still do pop up, like a bad eyelash.

DJS WHO ONLY PLAY TOP 40

This trend is also mercifully on the way out, but for years, the only music you'd hear at certain hotspots was the exact same stuff you heard everywhere else. Coming back (thank God) is the sense that club music should be adventurous, fresh, avant garde--and sometimes annoying (but not as annoying as Top 40).

I'm referring to people who never look up from their phone, even though they're at a bar or club with friends. It calls to mind the eternal question: "Why did they go out?" Worse, they sneak up on you to take an unsuspecting photo or do a surprise Snapchat and ask you to quickly come up with something fun to say. Without any time to think up a witty utterance, I find "Fuck off!" usually works.

Again, they're usually working under orders, but it sucks when they pretend not to see you; serve bottom shelf when it's supposed to be top shelf; and spend lots of time cleaning the bar and picking their fingers while they wait till "open bar" to end so they can start charging again. Still, they sometimes do their jobs all too well because I also can't stand….

Mind you, I like medium messes who are, perhaps, a bit buzzed but sort of making sense. But I don't enjoy the company of those who are emitting bodily fluids as they fall all over themselves while repeating flatteries and promises they won't remember 20 minutes from now. And yet, they're preferable to the angry drunks.

THE PEOPLE WHO WON'T MOVE

The been-there, whiny, demanding folks who…Hey, why's everyone looking at ME all of a sudden?