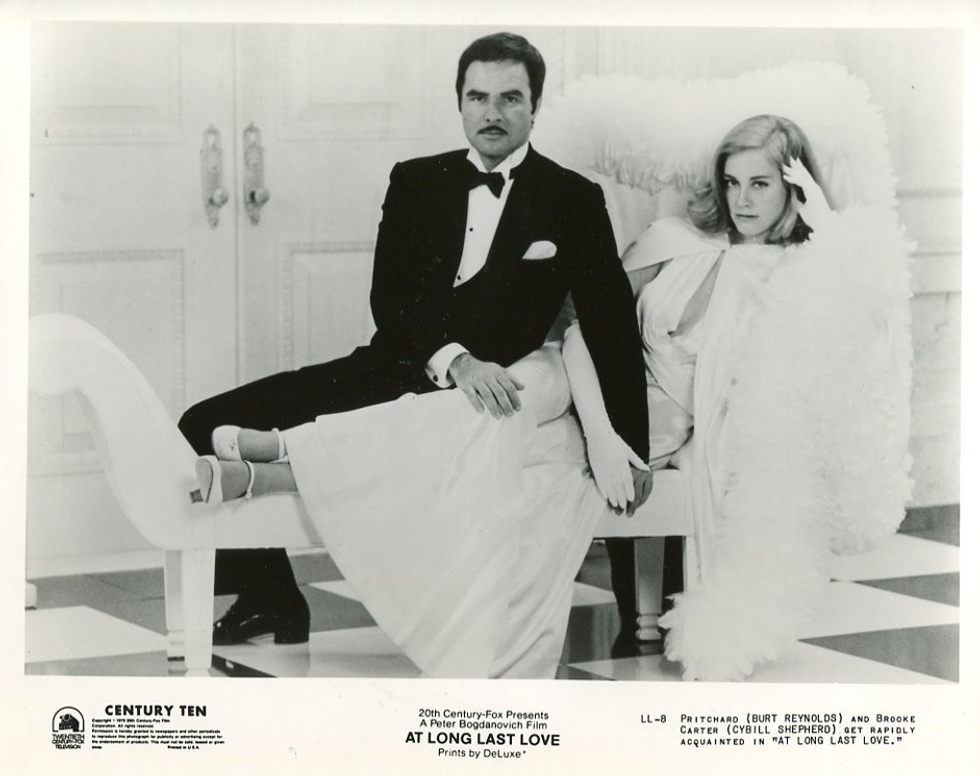 The 10 Most Hellish Movie Musicals Of All Time

Growing up, we knew a child who would run screaming out of the room every time we put on Ethel Merman singing. It was an almost Pavlovian response that used to amuse us greatly but something about her singing scared the shit out of that kid.  I assure you this- the ten movies on this list will have the same effect on you.


Mame (1974)
Lucille Ball's sad attempt to play the beloved Auntie Mame is a joyless affair, noted more for the fact that every time the aged actress appears, the hazy screen looks like it was shot through a keg of KY Jelly. When she dons a transparent mask and croaks "We need a little Christmas" she's more frightening than Freddy of "A Nightmare On Elm Street" fame.

The Wiz (1978)
"Mama, why is Dorothy so old?" I heard a child ask during the 1978 remake of "The Wizard Of Oz" in which a mature Diana Ross plays the tornado-transported tot that made Judy Garland famous. It's hard to say what's scariest: the sweat stains under her arms as she eases on down the road, the tacky sets, the hideous costumes, the awful choreography, or Michael Jackson as the Scarecrow.


Lost Horizon (1973)
A ludicrous musical version of Frank Capra's mythical tale of the survivors of a Himalayan plane crash who discover the secret kingdom of Shangri-La, where no one grows old...or can carry a tune. The low point is watching famed Ingmar Bergman actress Liv Ullmann leading a group of unattractive children over a hill in an arm swinging, mind-numbing, ditty entitled "The World is A Circle".

Sgt. Pepper's Lonely Hearts Club Band (1978)
The Bee Gees star in this lame attempt to weave 29 Beatles songs in a whimsical fantasia. Peter Frampton stars as Billy Shears, who lives in Heartland and is in love with Strawberry Fields. The stars suckered into this fiasco include Tina Turner, Billy Preston, George Burns and Alice Cooper. Halfway through you'll want to swallow ant poison.


Can't Stop The Music (1980)
This camp, idiotic, film capitalizes on the marginal popularity of the heterosexually challenged disco group The Village People. It features a jaw-dropping Busby Berkeley-like number set in a locker room in which partially nude men whip towels at each other and dive into a pool to "YMCA". Oh yes, and before Caitlyn here is a young Bruce Jenner in short shorts.


The Apple (1980)
Set in the future- 1994- this movie posits the devil is a record producer named Mr. Boogalow who has started a dance craze called "The Bim". He uses drugs and sex to seduce a sweet, folk-sing, duo (Alphie & Bibi), until an old hippie named Mr. Tops saves the day by taking everyone to a new planet to start over. This beats out other musical turds like "Godspell" and "Jesus Christ, Superstar" in terms of hippie horror film.

The Phynx (1970)
This rock comedy was so bad that Warner Brothers, who made the film, never released it. It's now out on Warner Archive DVD and it will scar you for life. It's about a dastardly dictator in Albania who has kidnapped several American celebrities (Pat O'Brien, Colonel Sanders, Xavier Cugat, Dorothy Lamour, Butterfly McQueen, Ruby Keeler etc.) and a CIA computer called MOTHA that creates a four-member rock band called The Phynx who will become so popular they will be invited to Albania so they can rescue the stars. The awful songs the Monkees-like group sings: "What's Your Sign?" and "Nearly Blew My Mind" were written by famed team Jerry Leiber and Mike Stoler. But you'd be better off jamming pencils in your eardrums.


Xanadu (1980)
Almost fascinating in its awfulness, the moronic premise is that Zeus has sent one of his daughters (Olivia Newton-John) to Earth to inspire an artist (handsome Michael Beck) and a retired musician (Gene Kelly) to open a giant glitzy disco roller rink called Xanadu. Really? The worst of 80s flash, with garish costumes, klutzy choreography and even baffling animated sequences. Watching people roller skate on screen is so irritating you fantasize throwing out a bag of marbles. The great Gene Kelly tries to retain his dignity even during a cringe-inducing segment where he is dragged to a clothes store and dressed in silly outfits. Olivia Newton-John, God bless her, sings her Aussie ass off. And the finale is so God-awful you want to scream "Xana-don't!"