With over 300 films the Toronto International Film Festival is perhaps the best annual survey of contemporary cinema that currently exists (which might be troubling since it included at least two films where dogs were seen castrated on screen and only one with a human-walrus). For those at the fest, you're either looking for new cinematic themes, the next best picture, latest runaway indie success or, more likely, you're just looking to make it to the next movie on time. Seeing all the films in the festival's ten days would be an impossible feat so inevitably great films are missed and mediocre ones are watched, but there is no shortage of films that will spark conversation. The ten below represents just a few of the most exciting titles premiered at this year's fest. 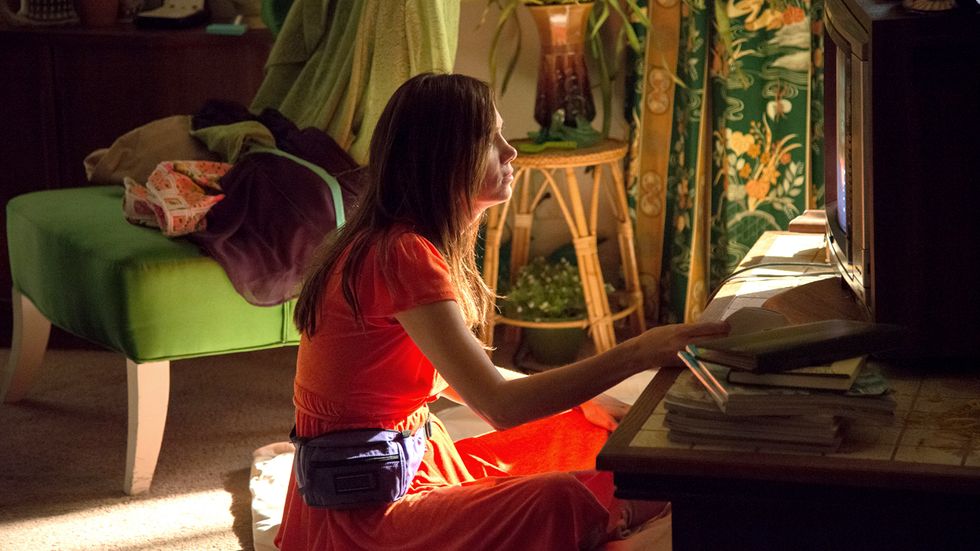 The latest project from producing partners and buddies for life Will Ferrell and Adam McKay -- the two have worked together on Anchorman and Step Brothers, among other movies -- shows Kristen Wiig expanding her portfolio of diverse, more serious roles. But, luckily for us, Welcome to Me is still bitingly funny with a premise straight out of an SNL writers' room pitch session: it centers on mentally unstable Alice Kleig (Wiig) who wins the lottery and decides to fulfill her Oprah-obsessed dreams by producing and starring in her own talk show. The show turns into a platform for Kleig's unpredictable forms of emotional therapy, which sets the stage (literally) for a variety of bonkers scenarios (including one of the two aforementioned examples of dog castration). It's Wiig at her best, giving a performance that straddles the realistic and absurd. 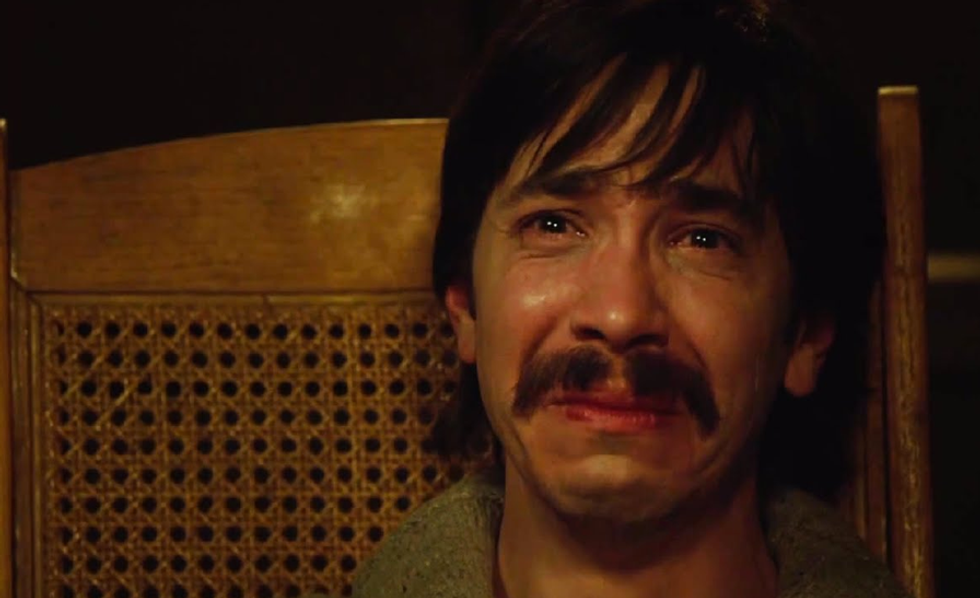 The film that inspired a hundred WTF tweets after the first screenings lives up to its instant reputation as the most bizarre film to come from the festival. Kevin Smith's horror comedy features a shock-jock named Wallace (Justin Long) who goes to the Great White North (there's Canada jokes aplenty) to find his latest on-air story. Unfortunately his fate becomes far stranger and far more horrific than anything he's covered before on his 'Not-See Party' radio show: he turns into a homemade walrus. It's an image that'll stay with you long after you leave the theater. 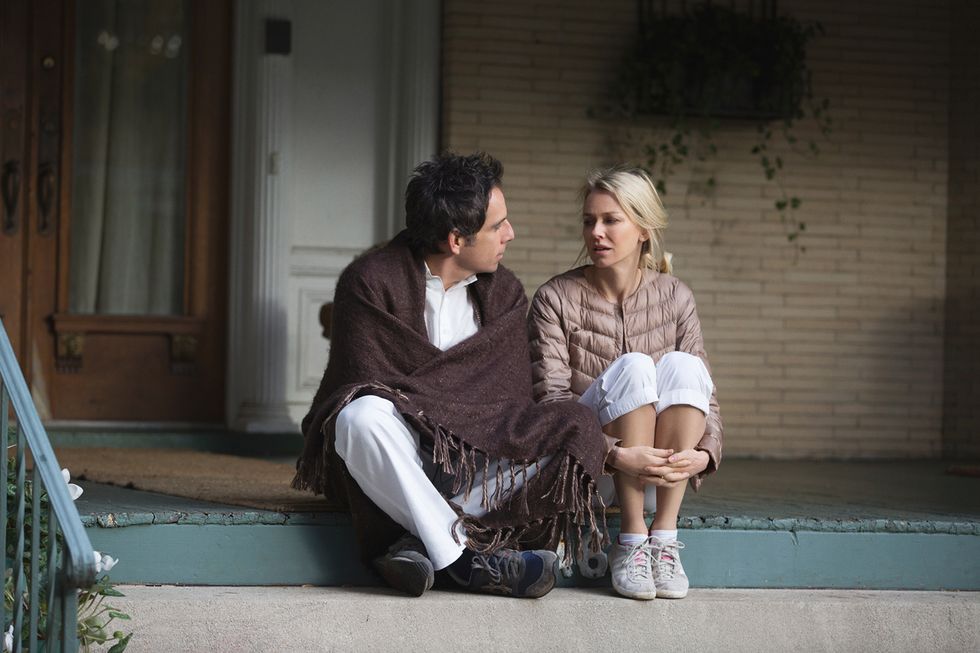 Noah Baumbach's new film finds forty-something couple Josh (Ben Stiller) and Cornelia (Naomi Watts) befriending a twenty-something couple Jamie (Adam Driver) and Darby (Amanda Seyfried), whose bohemian, "small-batch ice cream-making, wide-brim hat-wearing" lifestyle both excites and terrifies the older couple. Not surprisingly the script is smart, wickedly funny and touches upon the insecurities of both generations. An ayahuasca ceremony scene is both an instant classic and a reminder that given great material Ben Stiller can shine, even while wearing a mid-life crisis fedora. 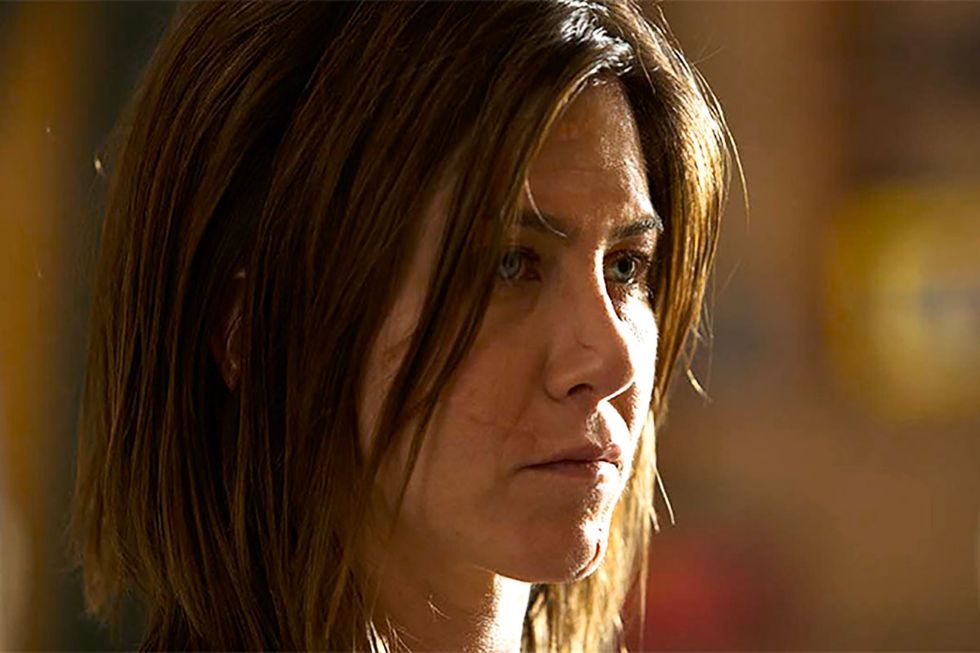 After 2002's The Good Girl it seemed Jennifer Aniston had proven her ability to play against type and with Cake, it seems the actress has finally found another dark and dramatic role. Aniston plays Claire Simmons, a woman troubled both by an accident that took her child's life and left her badly scarred and by the recent suicide of a friend Nina (Anna Kendrick). Pairing a pill addiction with dark, cutting humor, Claire alienates herself from the world rather than dealing with the weight of her loss and injuries. Going completely make-up free and appearing in essentially every minute of the film, Aniston does a very convincing and compelling portrayal of a broken woman whose obstacles loom much larger than standard fare relationship troubles. 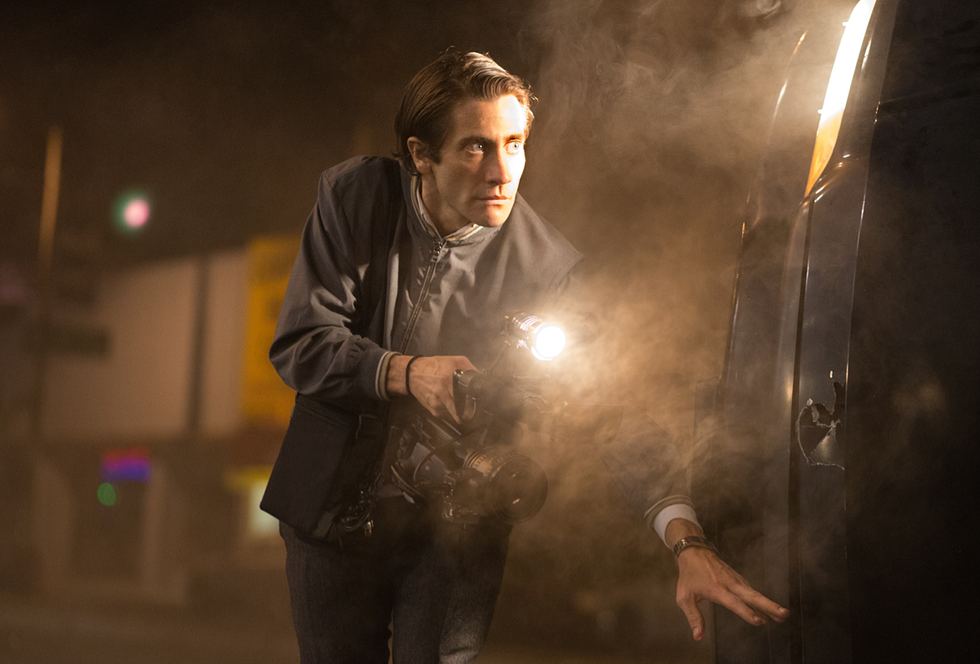 In Nightcrawler, Jake Gyllenhaal stars as Lou Bloom, a gaunt recluse hunting Los Angeles by night as a stringer -- a freelance cameraman selling footage of the guts and gore found in local crime scenes to the highest bidding news station. As Bloom gets more and more successful, the film reaches darker and darker territory, with Gyllenhaal navigating a dialogue rich both in intensity and midnight-black humor. The climax of the film is a gorgeous, white-knuckled chase through the city that reveals both the depths of Bloom's immorality and the height of Gyllenhaal's talent. 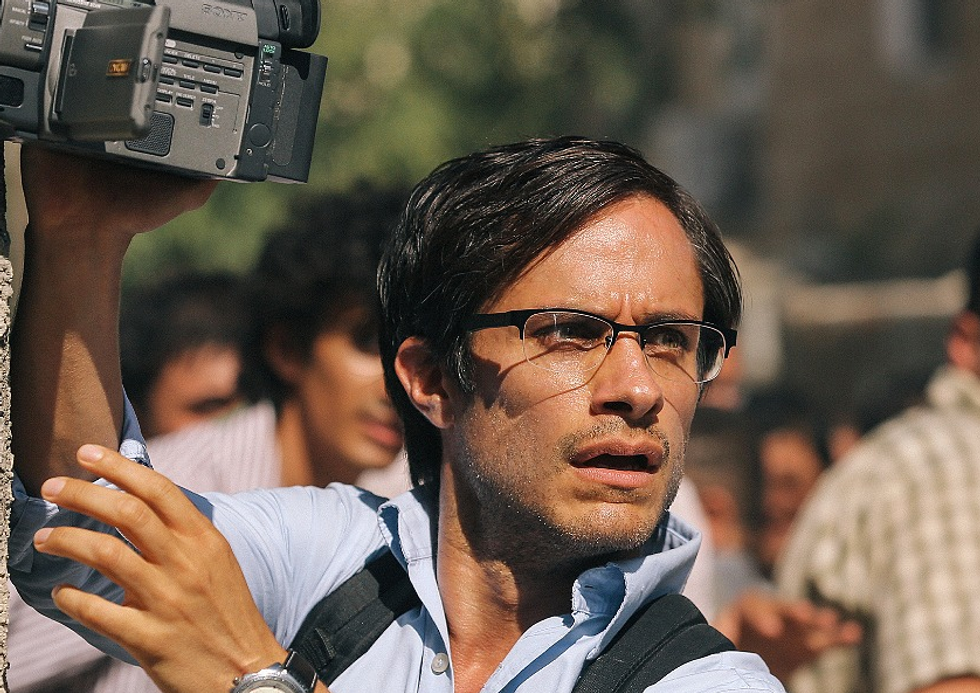 Jon Stewart, that actor from Death to Smoochy (and, uh, the anchorman on some Comedy Central news show), makes his directorial debut in a feature based on the real events surrounding Iranian journalist Maziar Bahari's unjust imprisonment. While on assignment covering the presidential elections and the ensuing riots, Bahari was able to capture intimate footage of the violence against the protestors. Gael GarcÃ­a Bernal plays the title role and brings a playful humanity to his character even during the darkest of scenes. It's also a story with personal relevance for Stewart (Bahari went on The Daily Show, an appearance that didn't help his troubles with the government), and it marks what could be a fruitful career behind the camera. 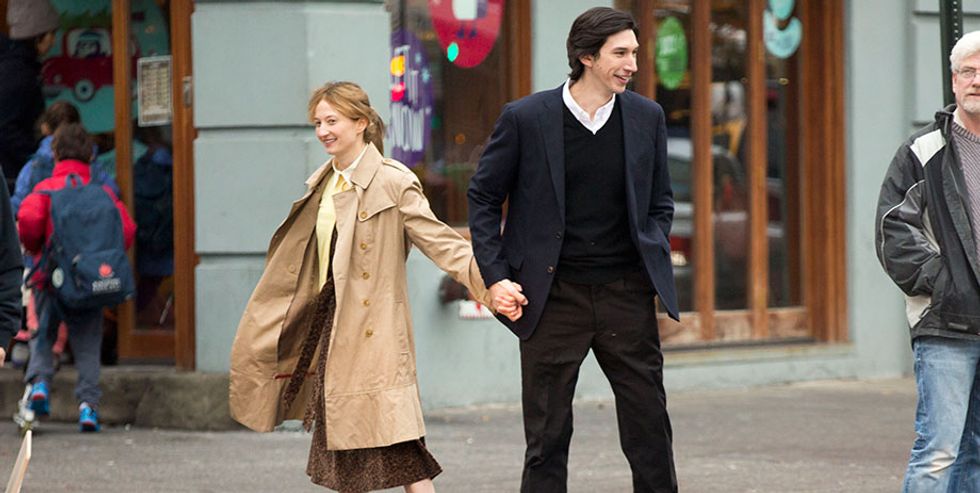 An Italian film that takes place entirely in New York, Hungry Hearts is a disturbing portrait of a young couple who -- to put it lightly -- have different approaches to parenting. After meeting cute, getting married, and having a baby, young couple Jude and Mina (played by Adam Driver and Alba Rohrwacher, who both won top acting awards for the film at the Venice Film Festival) find themselves at odds over how to care for their baby. Mina begins to lose touch with reality, her neuroses over health and nutrition threatening her child's well-being, and Jude appears to be at a loss as to how to fix the situation. Adam Driver's face is at times strikingly handsome, and at times more a child's Play-Doh sculpture, but in either case it has the ability to convey complex emotion with a rare ease. Director Saverio Costanzo frequently frames it in close up and we're treated to a slowly unleashed circus of emotion as Jude reaches his wits' end. The film's hysterical beginning is matched only by the shocking twist ending. 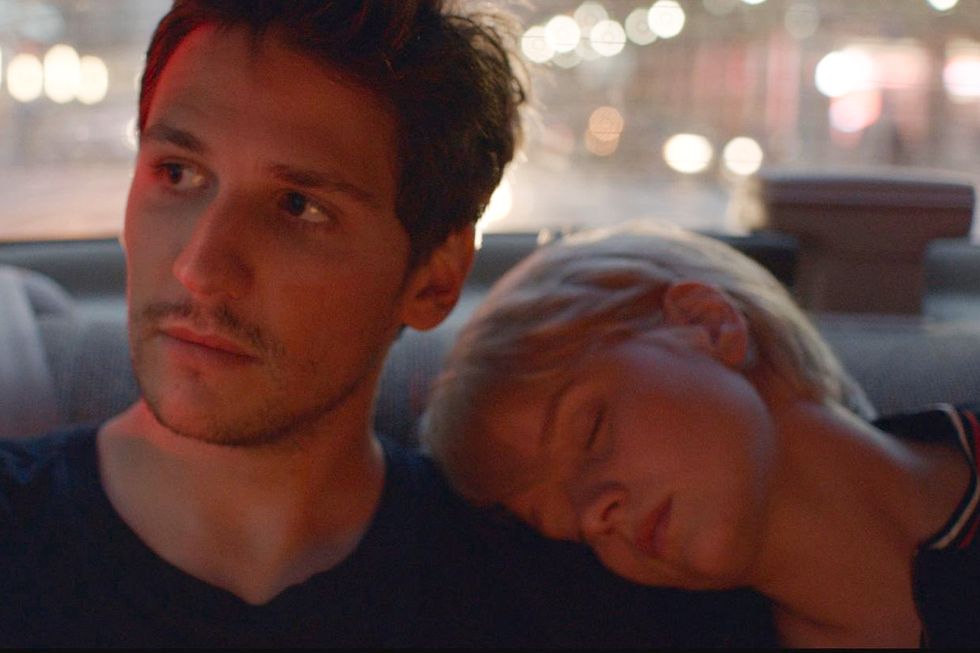 A study of the struggling underworld of French DJs that spans decades and boasts supporting roles by Daft Punk and Greta Gerwig (Greta Gerwig? Sure!), French wunderkind director Mia Hansen-LÃ¸ve's latest feature follows Paul (FÃ©lix de Givry) as he makes a name for himself in the house and garage DJ scenes. Just as his DJ career plateaus at a certain level of success, his personal life falters as he struggles to grow out of an adolescent lifestyle, with the flash and fun of nightlife offset by daylight's harsher realities. 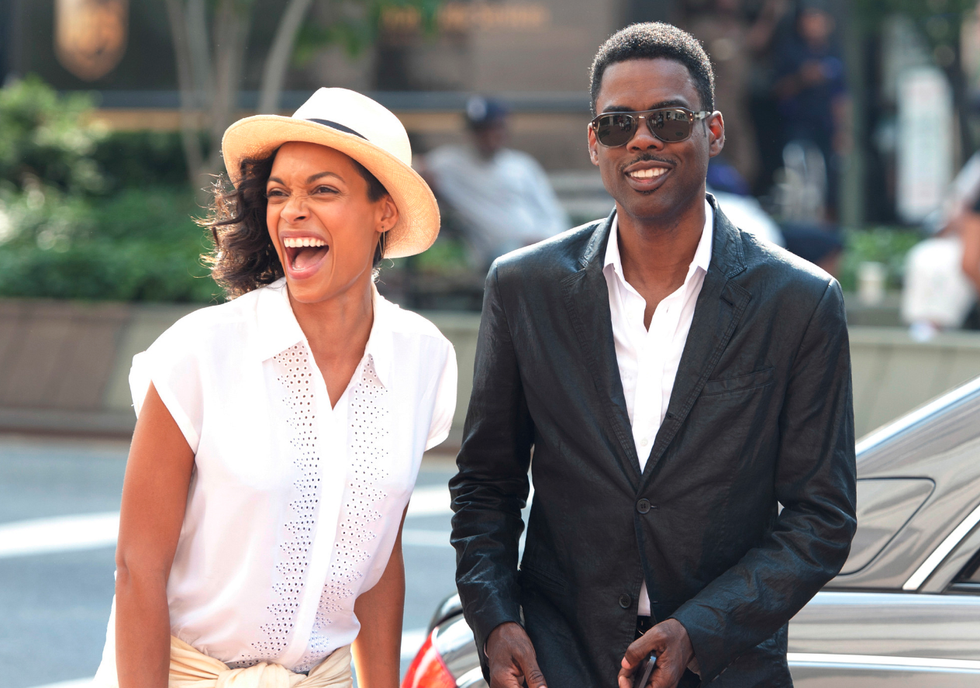 This year's TIFF was all about projects from actors-turned-directors (Chris Evans, Alan Rickman, Melanie Laurent, James Franco just to name a few), and amongst the most highly anticipated was Chris Rock's Top Five. The maybe-sort-of-a-little autobiographical film follows a comedian (Rock) as he looks to reinvent himself. The movie co-stars Gabrielle Union as Rock's Real Housewife-esque fiancÃ©e and Rosario Dawson as the hippest and most attractive New York Times writer ever. Like the criminally under-seen 2 Days in New York, which Rock co-starred in, Top Five has a rambling, '24 hours in New York City' quality that provides an effortless and enveloping charm. It was also the biggest victor in the ever-present film bidding wars that happen at TIFF, with Paramount Pictures paying $12 million for worldwide rights. 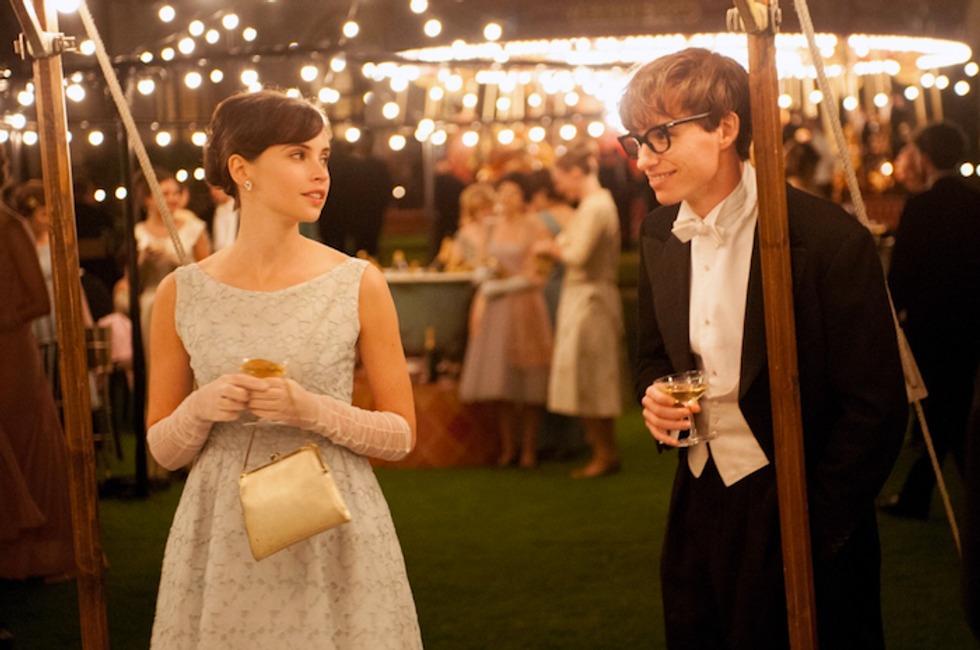 The Theory of Everything

TIFF is often the starting line in the marathon Oscar race, with the Best Picture winners being debuted (or at least screened) in Toronto for nearly a decade. This year a lot of Oscar hopefuls (Men, Women and Children, The Judge, etc.) were met with a tepid critical reception but one Award-worthy performance that impressed the crowd was Eddie Redmayne's portrayal of Stephen Hawking in The Theory of Everything. Redmayne plays the young physicist around the time he meets and falls in love with his future wife Jane (Felicity Jones, another potential Oscar contender) and turns a daunting role into a charming performance.