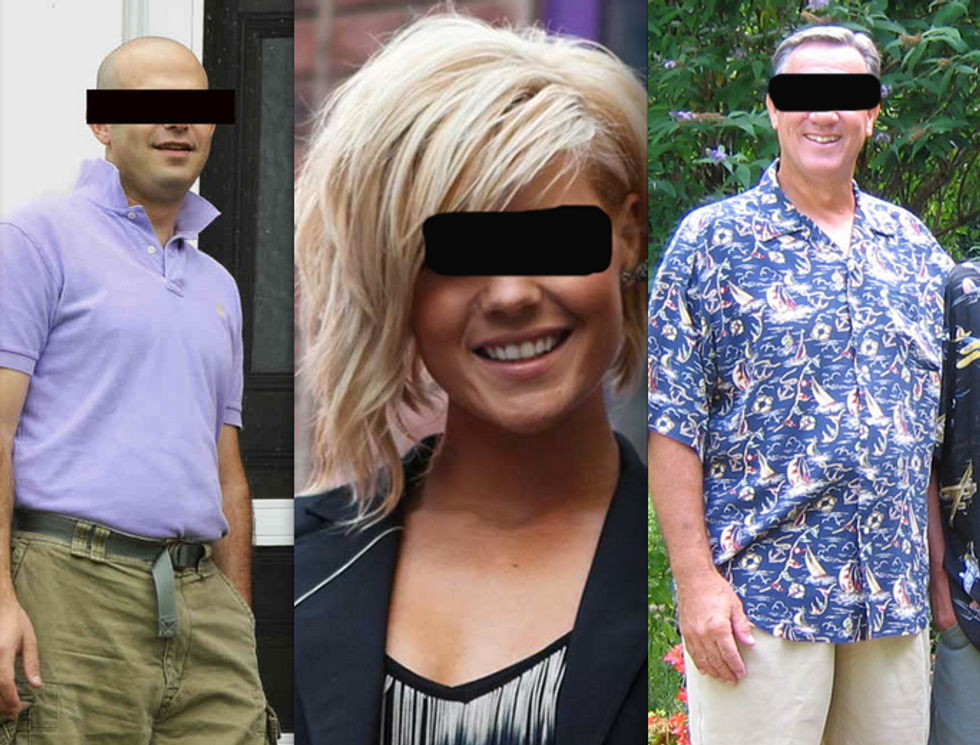 The 10 Most Annoying Fashion Statements

by Michael Musto
PAPERMAG
My heart always goes out to a victim -- unless it's a fashion victim. They are messes purely of their own making, their unsightliness totally stemming from the wrath caused by their misbegotten choices. So fie on them, and on their 10 worst faux pas, which are precisely as follows:

Collars up
Prance around Hell's Kitchen and you'll see scores of twinks with their collars up, acting like they're about to board a 1980s yacht to the Hamptons. I always want to slap them and pull the collars down, but instead I just hop my bike back to the Village.

Asymmetrical hair
Hair shapes shouldn't look like something that needs to be framed for tomorrow's Guggenheim exhibit. Get your freakin' hair done evenly, victims, because you're giving me a throbbing headache. And when my head throbs, I get a craving to grab a razor.

Weather-inappropriate wear
Nothing is more painful than looking at some girl showing her hooch on the street in a blizzard. The urge to look like a paid temptress so overpowers the need for human survival that these creatures will risk getting genital frostbite just to look "sexy"! Yuck!!

Hawaiian shirts
These are wink-wink tacky in an incredibly not-good way. They scream out the wearers' bad taste to the world. I'm totally in favor of bad taste, mind you, but not when it looks this craven. Hawaiian shirts should set off alarms that attract emergency workers.

Stephen Sprouse Jackets
His colorfully splotchy jackets just didn't age well. They were very period-specific, sort of like pet rocks, Rubik's cubes, and the lambada. Any well-meaning dingdong who wears one -- especially with a lunchbox -- needs to be promptly institutionalized.

Too many conflicting patterns
Don't just pick out your 12 favorite outfits and wear them all at once. It's an eyesore! Look for some completion to your tones, some method to your madness. Of course, I am exempted from this rule, thank you.

Beards
Those long-assed Civil War-style beards that became weirdly popular for a while are now officially over because they're creepy, and also because I said so. Go back to some serious landscaping, please.

Spotted tights or stockings
They always make people look like they've got some incurable disease. Stick to solids! And don't even think about those godforsaken jeggings -- unless you're wearing Spanx.

Sandals without socks
I know it's sandals with socks that are supposed to be a hateful faux pas, but I don't want to see anyone's bare feet, or even hints of them, under any circumstance. I always wear socks with sandals, flip flops, and every other kind of footwear imaginable (except for anything normal), and I happen to represent the apex of sartorial taste and class, as you well know. So, do as I say and as I do!