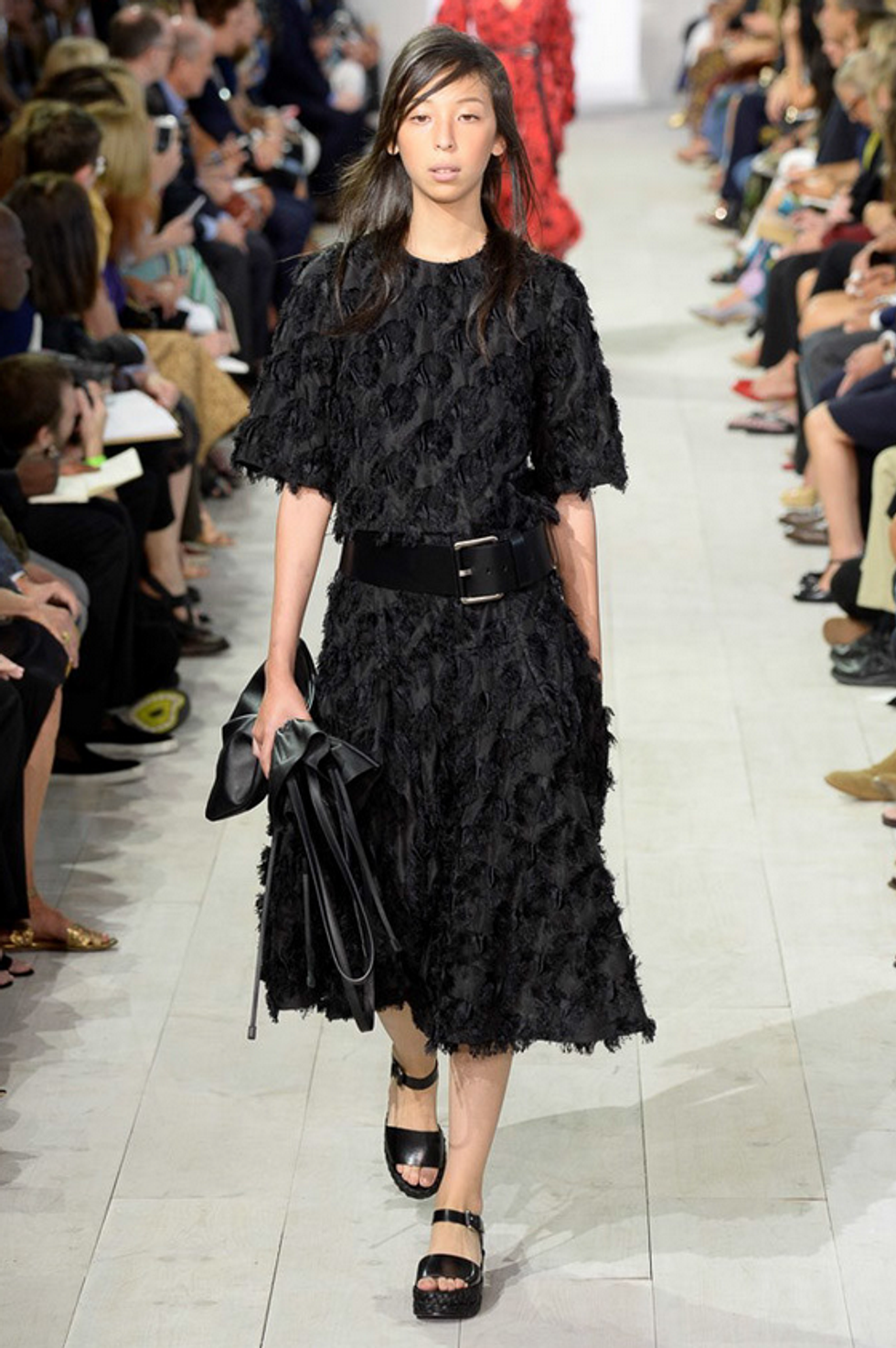 The 10 Break-Out Models of NYFW

For years now the fashion industry has weathered criticism over its unequal hiring and representation of models of color -- if not outright racism -- and while there's still a ways to go, it seems like some people are actually listening to complaints and trying to create change. At NYFW many of the biggest break-out faces this season have been from a diverse range of backgrounds, races, ethnicities and nationalities, giving hope that the days of runways featuring all white models could finally start becoming a thing of the past. Below, meet ten rising stars who made their mark this week.

Sharing the cover of Teen Vogue's August 2015 issue alongside list makers Imaan Hammam and Aya Jones, Lineisy Montero is the 19-year-old Dominican dynamite that's blowing up the runways of Alexander Wang, Tommy Hilfiger, Givenchy, Oscar de la Renta, Michael Kors and, most recently, Calvin Klein. So refreshing are her face and 'fro that she also appears in Prada's F/W 2015 and almost every major league NYFW runway this season.

After being charged with racism by model-turned-activist Bethann Hardison and supermodels Iman and Naomi Campbell back in 2013, CÃ©line has made a diversity leap by casting fresh face Karly Loyce for the brand's F/W 2015 campaign, joining the ranks of perennial CÃ©line icon Daria Werbowy and Joan Didion. A biology student from Martinique, Karly Loyce walked in shows like Tommy Hilfiger, Michael Kors, Oscar de la Renta and Calvin Klein this season.

A former computer engineering student from India who won her university's pageant contest, Pooja is like the platonic ideal of beauty and brains. After a painful plummet down the Givenchy runway at the start of NYFW, she became fashion's biggest comeback story after she got right back up, gave a double hair-flip, and went on to grace the runways of brands like Victoria Beckham, Derek Lam, Tory Burch and Calvin Klein.

Discovered in 2013 after participating in the Elite Model Look competition in Angola and snagging the cover of New York Times Style Magazine's 2015 Beauty Issue, Amilna Estevao has since been seen walking everything from Givenchy to Coach.

Discovered while waiting tables for her father's sushi restaurant in Mexico City (she is of Mexican-Japanese descent) as punishment for doing poorly in school, Issa is now one of modeling's straight-A students. Appearing on the cover of Vogue Italia's April 2015 issue, shot by Steven Meisel, and in the pages of our September issue, Lish has also walked shows for Proenza Schouler, Michael Kors, Oscar de la Renta, Prabal Gurung, Alexander Wang, Givenchy and DVF, among others.

Dutch raised of Egyptian-Moroccan descent, Imaan Hammam went from being discovered meandering about Central Station in Amsterdam at the age of 14 to opening Givenchy's S/S 2014 show as Ricardo Tisci's latest muse at the age of 18. After gracing the cover of Vogue's 2014 September issue among the "New Supers," she's been appearing everywhere during NYFW, including shows like Givenchy, rag & bone, Michael Kors and more.
Oscar de la Renta
Aya Jones (@iamayajones)

Scouted on the streets of Paris, French-Ivorian 20-year-old Aya Jones is another model that hit the ground strutting as a Prada exclusive for its S/S 2015 runway show. With model-turned-activist Bethann Hardison as her primary role model, Aya Jones is staying active by advertising for Gap, H&M, Marc Jacobs, and Prada and walking for Coach, Tommy, Oscar De La Renta, Michael Kors, and DVF this NYFW.

After tagging three photos of herself to IMG Models' Instagram scouting campaign @WeLoveYourGenes with the campaign's hashtag, #WLYG, Lameka was contacted within 24 hours of her submission and was signed to IMG two days later. With only a Marc Jacobs Resort 2016 show under her belt, Lameka Fox is a newcomer whose quickly catching the attention of tastemaking brands like Hood By Air and Public School, both of whom cast her in their recent shows.

After Argentinian model Mica Arganaraz submitted a Polaroid to an agency, the rising star has graduated to billboards. Featured in the latest F/W 2015 advertising campaigns for Coach and Dior, she was also spotted closing the show for rag & bone and walking the runway for Calvin Klein.

Winner of W Magazine's Instagram Model Search, 20-year-old Florida college student Alexis Primous made her debut in an 8-page spread in the magazine's September Issue shot by Mario Sorrenti and styled by Edward Enniful. She's since followed that up with turns on the catwalk for Hood by Air, DVF, Derek Lam and 3.1 Phillip Lim.

All photos via Vogue
You May Also Like
Film/TV