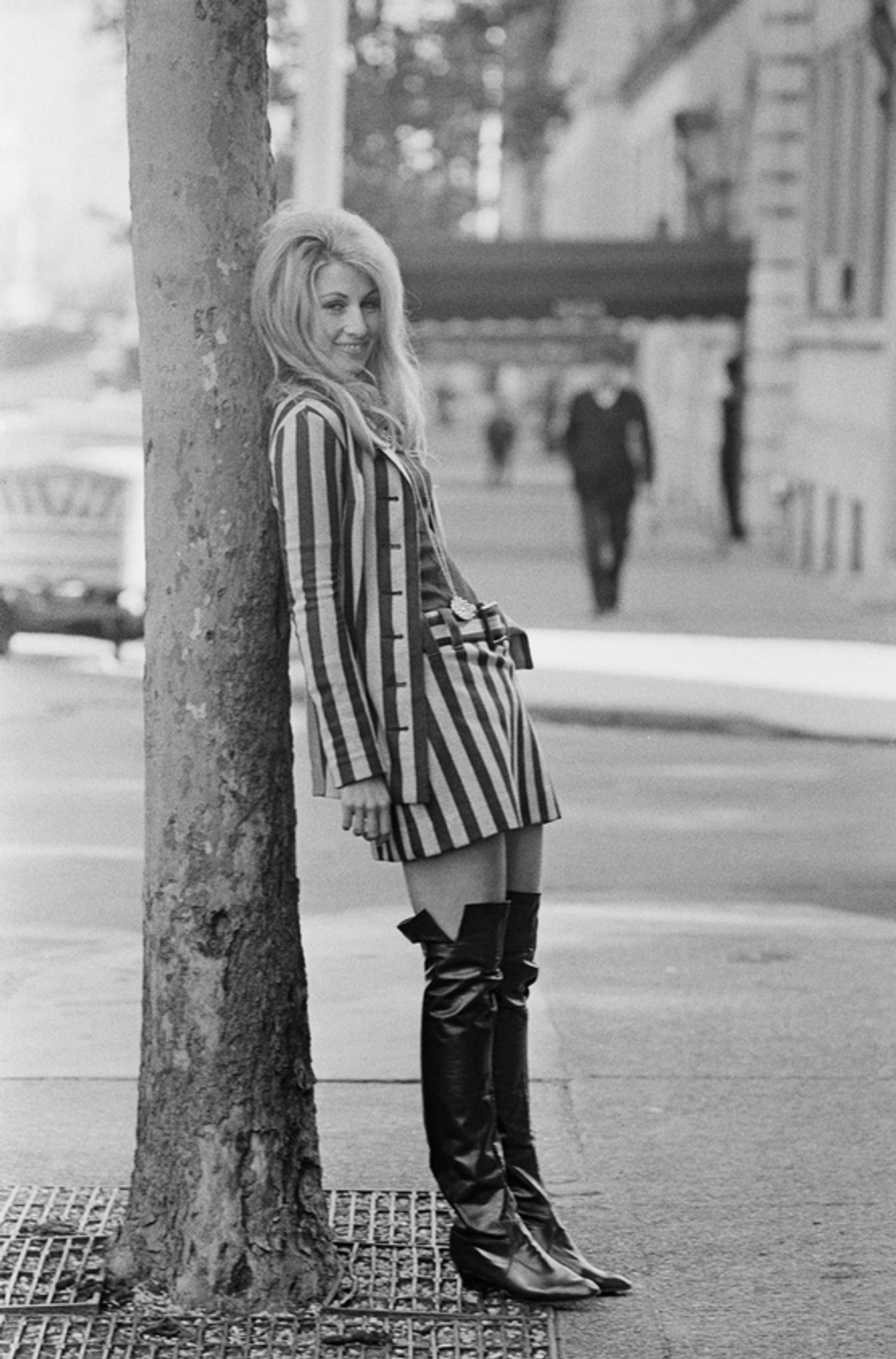 The 10 Best NYC "It Girls" In History

The New York nightlife scene is nothing without an "It girl" -- a frisky, fabulous female who anchors the scene with her glamour, personality, and smarts. Here are the best ones we've ever had -- the ones with the most "it," as it were:


BRENDA FRAZIER
Nothing cheered up the Depression like gossip reports about "poor little rich girls" like Barbara Hutton, Gloria Vanderbilt, Doris Duke, and Brenda, who had such a splashy debutante ball in 1938 that she ended up on the cover of Life. A true deb, Brenda danced the night away at her ball, despite being stricken with the flu and swollen feet. She garnered tons of press through her tenure as "It girl," though some of it was of a tone familiar today: In other words, "She has no talent! Why should we care about her?" But there's always room for 15-minute stars who are famous for being famous. Alas, Brenda didn't really enjoy much of it, despite the frozen smile. She attempted suicide 31 times before dying of cancer in 1982. But she's immortalized in Sondheim's great song "I'm Still Here."

JANE HOLZER
A blonde model known as "Baby Jane Holzer" became a Warhol It girl when she gamely appeared in his cinematic experiments like Andy Warhol's Soap Opera (1964), Couch (1964), and Camp (1965). But that was hardly the end of her creative output. Like all the best It girls, Jane was a Renaissance woman who did everything -- acting, modeling, art collecting, producing, singing, and socializing. In 1985, she went on to coproduce the movie Kiss of the Spider Woman and she's also worked in real estate, being a smart ex-It Girl who knew how to make a future for herself. (She also married someone very rich and happened to come from money herself. Jane's appeal was always that she was "high society with an edge.") She's immortalized in "Girl of the Year," a chapter in Tom Wolfe's 1965 book The Kandy-Kolored Tangerine-Flake Streamline Baby.


EDIE SEDGWICK
Described as an "heiress, socialite, actress, and fashion model," Edie was one of the people Warhol became most enamored of, and as such, she was dubbed The Girl of the Year in 1965, as well as someone everyone wanted to say they partied with. Edie was beautiful, classy, poignant, and troubled, and sadly she suffered drug and mental problems before dying in 1971 of what was deemed an "undetermined/accident/suicide." Interestingly, her "It girl" glow has brightened ever since.

DISCO SALLY
Sally Lippman not only enjoyed the '70s, she enjoyed her 70s. A wacky septuagenarian (and widowed lawyer), she'd sport fabulous disco attire and engage in wild dance moves at the legendary club Studio 54. In doing so, Sally caught the attention of many a paparazzo -- as well as that of an attractive 26-year-old guy whom she married! In a nightclub!

DIANNE BRILL
A busty, amiable gal from Tampa, Florida, Brill lit up the room with her high wattage personality, and on the arm of club major domo Rudolph Pieper, she became extra essential, as they comprised the reigning couple of '80s clubbing. Brill went on to act, write a book, design, and market marvy makeup, all while sparkling.


LISA EDELSTEIN
In the mid-80s, Edelstein emerged as a beautiful and fun club kid calling herself Lisa E., alongside BFF James St. James. Her eye was on a prize beyond nightlife, and it seemed inevitable when she went on to star in major shows like House and the current Bravo show Girlfriends' Guide to Divorce.

JULIE JEWELS
Later in the '80s, the bratty but inventive club kid ring leader (and future killer) Michael Alig and his boyfriend Keoki declared someone named Julie Jewels as the queen of the night, claiming she was some kind of Russian royalty. She wasn't even really Russian -- the accent was as fake as the furs -- but she was a fun figure for a while, and even edited Project X, the club kid magazine.


AMANDA LEPORE
A transsexual icon and artistic muse, Amanda is Marilyn Monroe, but with much smoother genitals. She has long reigned as a scene queen with a difference and a delightful alternative to an inflatable doll.

PARIS HILTON
Her rich pedigree, lacquered looks, and high-profile romances made Paris the "It Girl" of 2001. Her fame grew even bigger when her 2003 sex tape leaked out, leading to national notoriety via The Simple Life reality show. In retrospect, it all seems kind of quaint and lovely now, which is hilarious.

KIM KARDASHIAN
She's major, she's everywhere, and she's got "it." At this point, any naysayers are just blind and/or in denial.