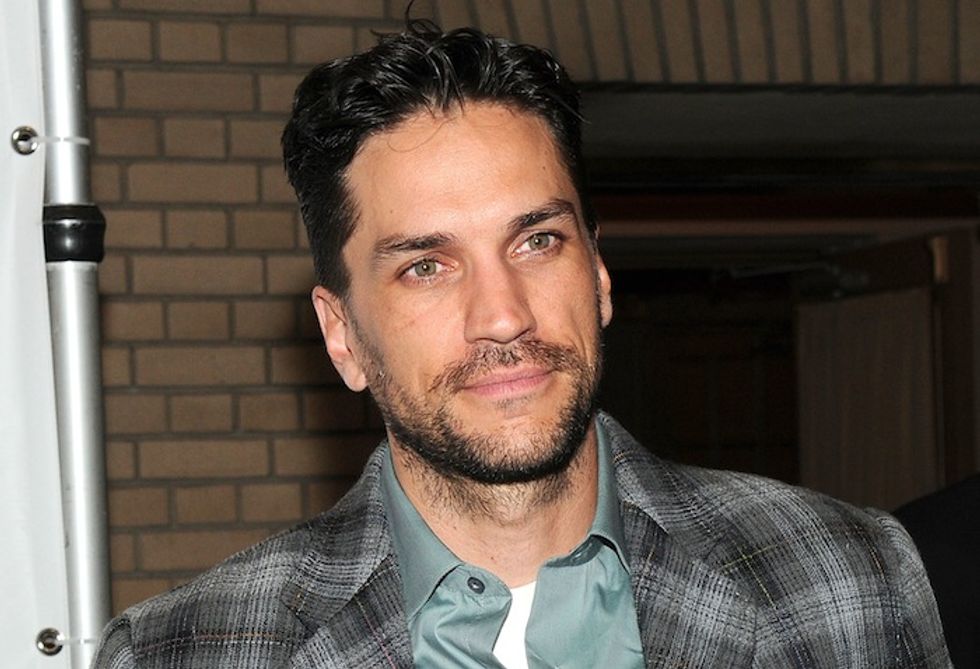 Broadway's divos might not always be as glamorous as their female counterparts, but they exude a charisma and professionalism that make them indispensably delicious. Having already enumerated the top 10 leading ladies, here are my choices for the 10 best guys out there. (By the way, I'm giving honorary honors to Hugh Jackman and Neil Patrick Harris for lighting up Broadway whenever they drop by.)

[Photo by Jimi Celeste/PatrickMcMullan.com]
1) Norbert Leo Butz
A two-time Tony winner (for Dirty Rotten Scoundrels and Catch Me If You Can), Norbert is our most reliable star, and he even did a protean job in trying to keep Susan Stroman's Big Fish afloat. You have a musical with a male -- any male -- leading role? He's the one you want. Or even a non-musical.

[Photo by Eugene Mim/PatrickMcMullan.com]
3) Danny Burstein
With five Tony nominations, including four for musicals (The Drowsy Chaperone,  South Pacific, Follies, and Cabaret), the multifaceted Danny is one of the most honored theater professionals we have. And he's making the leap to star turn as Tevye in a Broadway production of Fiddler on The Roof that's been announced for next November. Here's hoping his talented wife Rebecca Luker is in it too.

[Photo by Sylvain Gaboury/PatrickMcMullan.com]
4) Lin-Manuel Miranda
The Manhattan-born hyphenate not only stars in important shows, he writes them too. The sweet and saucy In The Heights was a big winner for him in the aughts, and while Hamilton hasn't even hit Broadway yet, it's already propelled him to near-Presidential status.

[Photo by Jimi Celeste/PatrickMcMullan.com]
5) Andy Karl
Rocky the Musical "went down for the count," while Karl came out of it smelling like a rose. He's long been one of Broadway's most reliable leading men, fueling machines like Jersey Boys, Wicked, 9 to 5, and The Mystery of Edwin Drood. His Rocky was a KO and now he's helping propel On The Twentieth Century with wit and physicality. And cheers to his talented wife, Orfeh.

[Photo by Sylvain Gaboury/PatrickMcMullan.com]
6) Billy Porter
It was a long wait between Grease (1994) and Kinky Boots, but it gave Billy the time to mature and emerge as a Tony-winning star of a high rank. His boots are made for walking to the top.

[Photo of Jeremy Jordan by Jimi Celeste/PatrickMcMullan.com, Photo of Matthew Morrison by Sylvain Gaboury/PatrickMcMullan.com]
7) (tie) Jeremy Jordan, Matthew Morrison
Bubbling under in West Side Story and Rock of Ages, the Texas-born Jordan nabbed leads in Bonnie and Clyde and Newsies and proved himself a brash, likable star brimming with talent. What's more, he survived Smash, filmed The Last Five Years, and sought nirvana out of town in Finding Neverland. He was then replaced in that show by another fave: Matthew Morrison, who previously scored in Hairspray, Light in the Piazza, and South Pacific. I love both of these guys and hope they can be friends.

[Photo by Paul Bruinooge/PatrickMcMullan.com]
8) Norm Lewis
This talented star has amassed so many credits, including diverse roles in Side Show, The Little Mermaid, Sondheim on Sondheim, Porgy and Bess (Tony nomination), and Phantom of the Opera. Norm has the looks, the voice, and the spunk for success. Diehard TV addicts might remember that we once worked together on a local talk show. I should have gotten his autograph!

[Photo by Owen Hoffmann/PatrickMcMullan.com]
9) Will Swenson
Will's had his share of flops (Brooklyn, Lestat), but mainly, he's ably spiffed up revivals (100 in the Shade, Hair, Les Miserables), plus he's delved into the locker room by trying out Bull Durham in Atlanta. Extra points for being Mr. Audra McDonald.

[Photo of Gavin Creel by Andrew Toth/PatrickMcMullan.com, photo of Tony Yazbeck by Ben Gabbe/PatrickMcMullan.com]
10) (tie) Gavin Creel, Tony Yazbeck
Fresh-faced, talented Gavin lit up Thoroughly Modern Millie, La Cage aux Folles, Hair, and The Book of Mormon, while dancing demon Tony has ignited Gypsy, A Chorus Line, and On The Town. They are the future. And as long as we're creating ties so we can have the maximum amount of names here, let's put Michael Cerveris too.