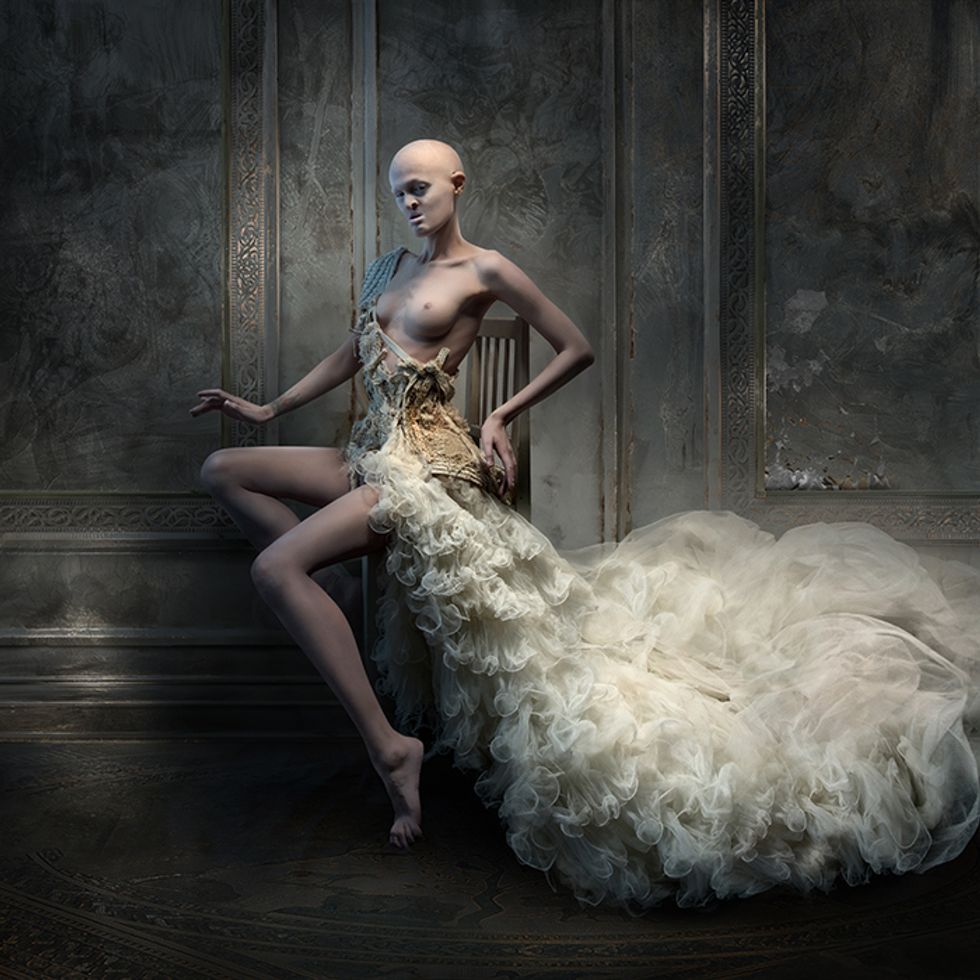 "That's Not Who I Am": Model Melanie Gaydos On Industry Objectification And Ectodermal Dysplasia

By Sandra Song
PAPERMAG
photo by Yuki Takeuchi / via Instagram
NYC-based model Melanie Gaydos is having a pretty good year. In addition to walking several shows for NYFW and self-booking a ton of others, she's been inciting a flurry of press as of late for her success as a model with a rare genetic condition called Ectodermal Dysplasia, which affects her pores, hair, nails and teeth. Gaydos, however, refuses to allow that to define her as a model, actress and artist, which has also meant deflecting the tone-deaf reactions of narrow-minded agencies, photographers and fans. Check out our Q&A with her about single-handedly revamping model beauty standards and taking no prisoners in the process.
So why did you start modeling initially and how?
When I first started modeling, I actually started on Craigslist. It was just a summer job, because I moved to New York to go to Pratt for drawing and painting. This guy asked me to shoot at a club and it was my first shoot and it was actually so scary, it was one of the most nerve-wracking shoots I'd ever done, because I was so new -- but I looked at Craigslist because in New York City if you're like "indie" and looking for work, Craigslist is always a good starting point. I met a lot of really cool fashion photographers who were just looking for unique people to shoot. I guess a lot of people just take very well to me because they're so used to shooting your stereotypical lookbook models who are like really boring, so they're happy to meet me. And I knew that I could make money at it because all these fashion people weren't gonna find anyone else like me.