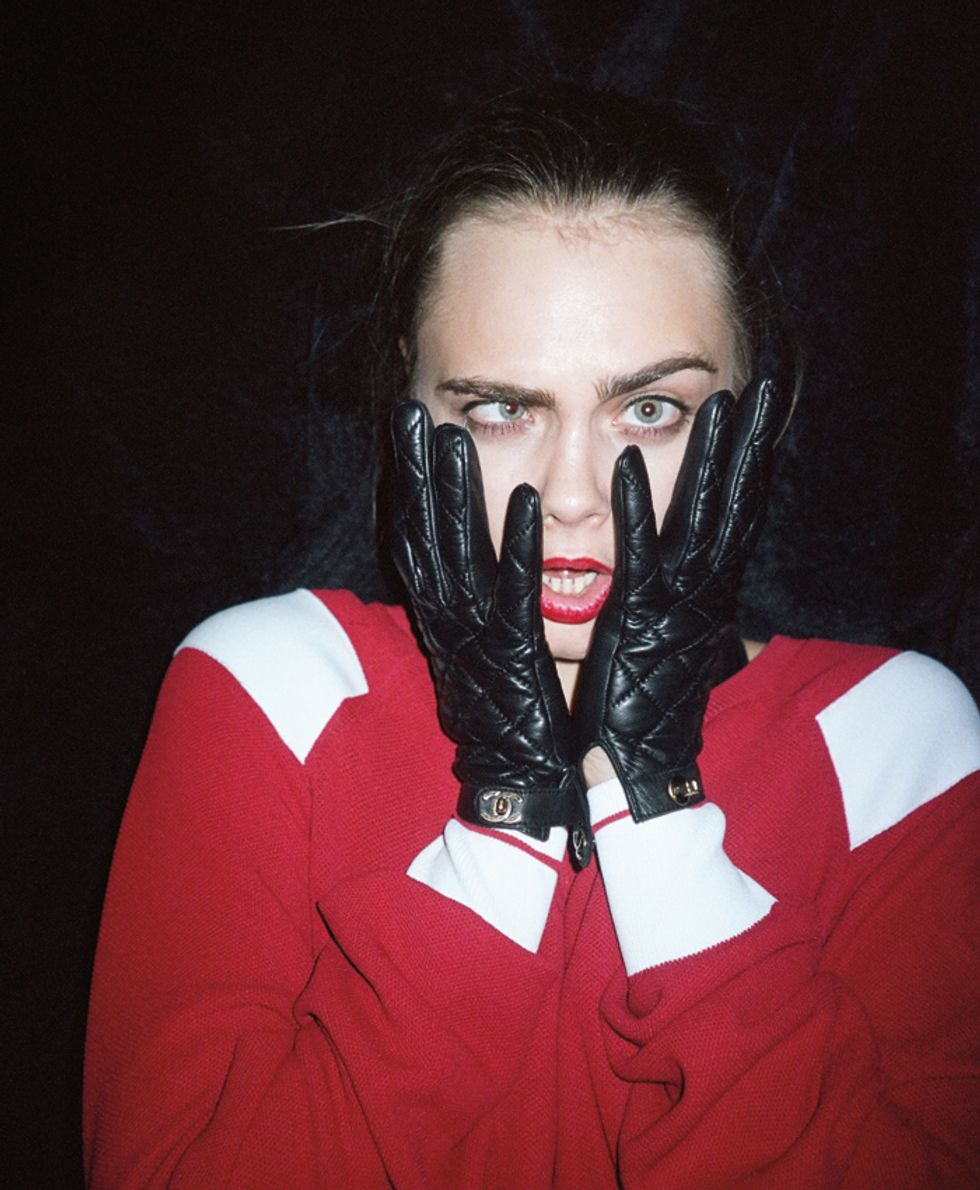 That Cara Delevingne Interview Is "Awkward" Because The Interviewers Are Assholes

By Sandra Song
PAPERMAG
photo by Alexa Chung
So everyone's abuzz about that "awkward" Cara Delevingne interview with Good Day Sacramento on upcoming movie Paper Towns. After watching this clip a few times all we can say is, sorry you had to deal with such assholes, Cara. After all, the anchors seem to operate on the assumption that she's a kindergartener with melted M&Ms for brains and Cara obviously isn't having it, as she visibly shuts down after the second dumbass question about "her focusing abilities" -- and it's not pretty.
Sure she gets snippy, but it's also because they end up badgering her with some really dumb, condescending questions that scream, "Oh, but do you take acting seriously? Let's make sure, because you're mostly just a model, right?" And even better, they have the gall to ask her about her not being properly "on" for this interview and then go on to scold her for not being more excited to be there, openly asking "you seem tired" -- or subtext: why aren't you performing happily for us?
It makes me think of every time some dude tells me to smile on the street -- Cara doesn't owe you anything especially a happy smile/substantial answers if you're going to patronize her the entire time with dumb shit like "did you manage to read the book your entire movie was based on?" Not to mention the fucking cat noises they put over her still after she logged off. A+ professionals, right there.
On that note, I need to go get a Red Bull and take a little nap, because I'm done with this shit. You can watch the journalistic trainwreck below.
[h/t Uproxx]
You May Also Like
Break the Internet ®