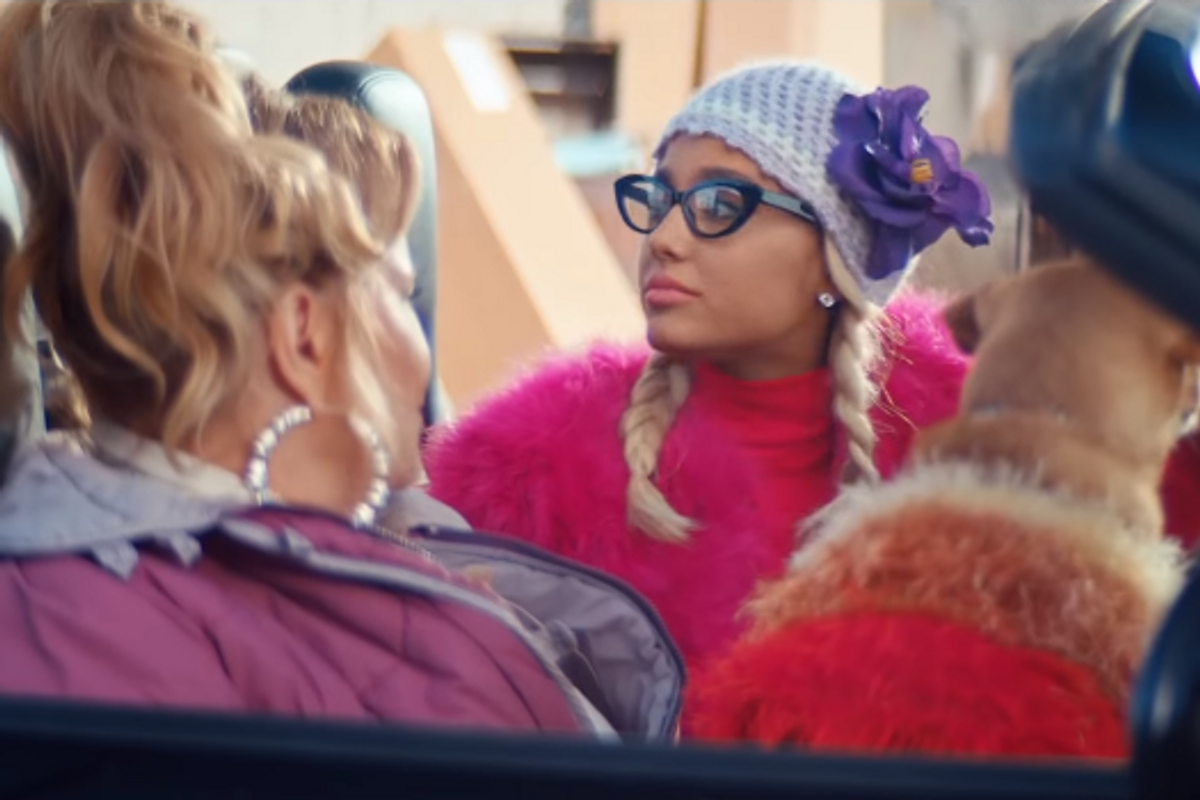 Ariana Grande Gifts Us With Deleted Scenes From 'Thank U, Next'

It's Ariana Grande's world and we're just living in it, in case you forgot. Case in point: she just made a new viral music video out of her old viral music video, the one for "Thank U, Next," which mashes up recreated scenes from Mean Girls, Legally Blonde, 13 Going on 30, and Bring It On. In four minutes' worth of bloopers and deleted scenes, we get some cute insights into how the video was made and what clips got cut.

Unfortunately for those of us (me) who were disappointed about how little 13 Going on 30 featured in "Thank U, Next" compared to the other movies, the reel mainly focuses on deleted scenes that reference Legally Blonde and Mean Girls. Lots of Jennifer Coolidge, which is always a blessing, as well as some extended cuts of Kris Jenner's surprise turn as Ari's mom. She's having so much fun with it!

Other highlights include poor Troye Sivan getting absolutely slammed into the locker by Grande's Regina George character, and some super cute Elle Woods costume changes that weren't featured in the original clip.

Still no video for "Imagine," but this will definitely tide you over until then. Watch the "Thank U, Next" blooper reel, below.