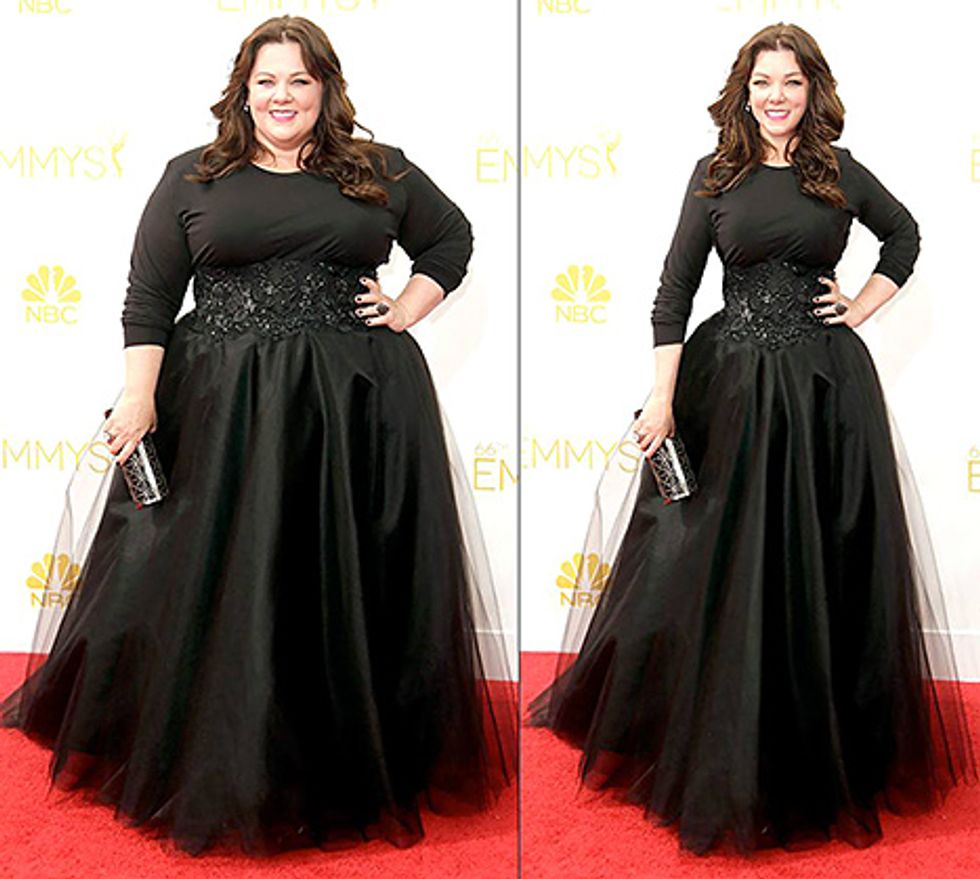 By Sandra Song
PAPERMAG
Image via Project Harpoon
As of this morning, it looks like the hideously named Project Harpoon -- aka a collective of fat-shaming (Moby) Dicks -- has been shuttered, as both the Facebook group and Instagram have been deleted.
The group's users posted edited photos of gorgeous, plus-sized women like Ashley Graham, Megan Trainor and Melissa McCarthy to make them thinner -- using vile tags like #SkinnyAcceptance and #thINNERBEAUTY to promote its goal of helping "misguided women" reach their full potential. It obviously kicked off a lot of well-deserved outrage, with plus-size model and #effyourbeautystandards body positive activist Tess Holliday putting it on blast.

"It's abominable that this is using my image without permission to promote themselves," she said. "This kind of hit piece is exactly why I started #effyourbeautystandards. I am asking my followers to boycott this [page] and any others like it. Loving yourself is the most powerful message we all need to stand behind."

Image via Project Harpoon
The kicker though? Apparently the group was founded by a group of video game Redditors "dismayed by 'transformations' of [gaming] heroines, who went from stick-thin to more 'realistic' body sizes."
Thank fuck someone put these assholes in their place.
[h/t People]
You May Also Like
Film/TV