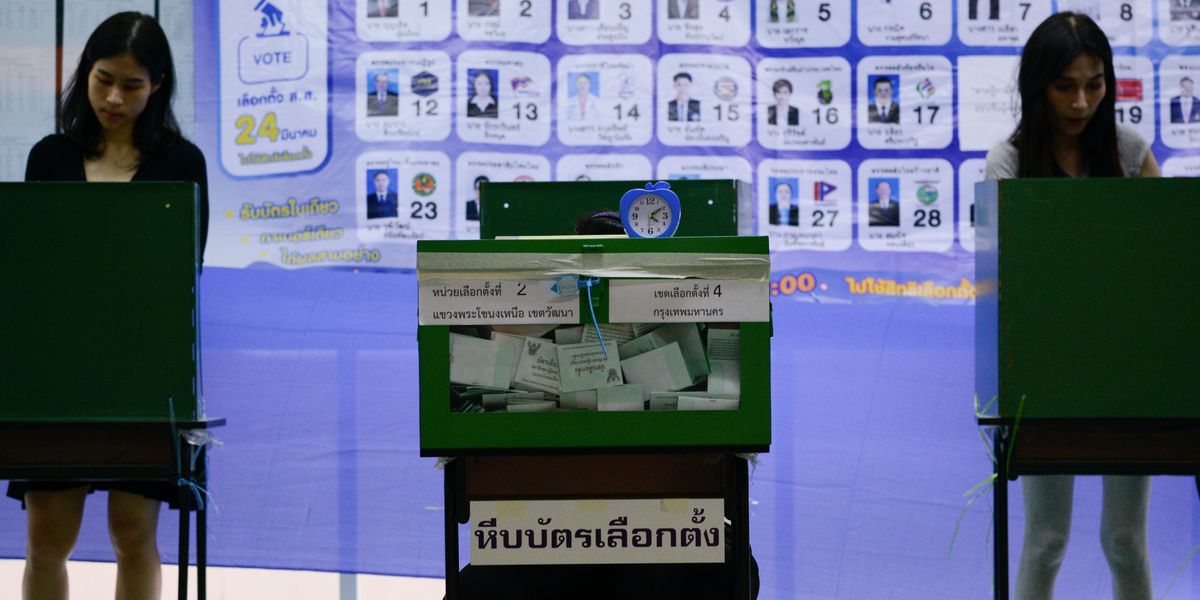 In the first election since Thailand's 2014 military coup, the country has elected its very first transgender MP.

According to Pink News, filmmaker Tanwarin Sukkhapisit — who was running as a candidate for the rapidly-growing Future Forward Party —was elected to office yesterday, March 24.

Identifying as bisexual and transgender, Tanwarin ran on a platform that included legalizing same-sex marriage in Thailand, per the Bangkok Post. "We hope to amend it to say any two persons can be married. If this can be fixed, it would remove a barrier and open the doors to many other things," Tanwarin said.

She also added that she wants to represent the LGBTQ minority in Thailand and fight for their right to also adopt children. Not only that, but according to Tanwarin, she's been fighting to lift a moral indecency ban on her 2010 film Insects in the Backyard for the past five years — an experience that politically galvanized her.

However, that's not the only big news to come from this year's Thai elections — the results of which, unfortunately, apparently seem to still be in flux. According to CNN, Pauline Ngarmpring is also the first transgender woman running to be prime minister of the country. She is one of three candidates from the Machachon Party — whose platform is concentrated on equality and human rights — running for the position.

That said, she reportedly realizes that her candidacy was "mostly symbolic." However, Ngarmpring did mention wanting to set an example for other LGBTQ people.

"I know having my candidacy is a symbolic gesture. I know I will not be prime minister now," Ngarmpring told the outlet. "But we hope we will get some seats and represent LGBT people in the country. And perhaps next time, even a transgender woman will have a chance." Let's hope that next time is sooner rather than later.