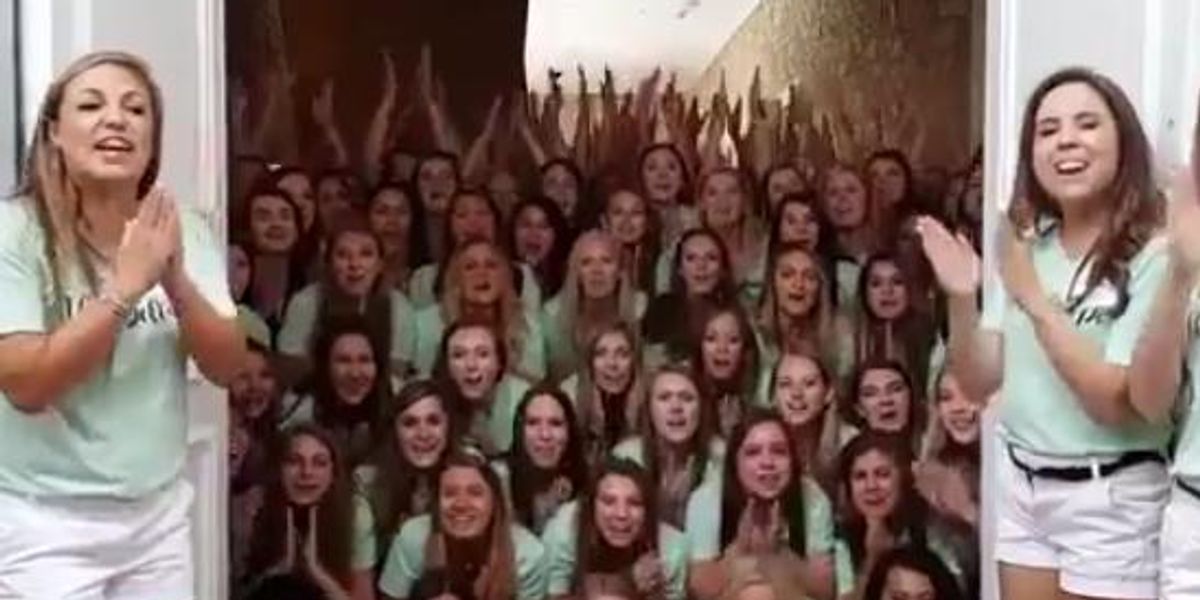 UPDATE: NOT TO WORRY! A blessed soul on Twitter has found the deleted video:

The video may have been deleted but don't worry y'all I got it pic.twitter.com/qrzjJbvRoL
— M✿ (@poeticgf) August 18, 2016

University of Texas (at Austin)'s Alpha Delta Pi has released their 2016 sorority recruitment video, which may or may not have been conceived and filmed in Hell.

Behold, as Maddie, Haley and JEAN MARIE invite us to bear witness to the writhing single mass of the souls of the damned--their limbs contorted and beckoning us to fall into a ceaseless chasm; a world between worlds; a realm adorned with the shrill cries of millions, drowning you in gleeful carnage.

We're so glad you're finally here.