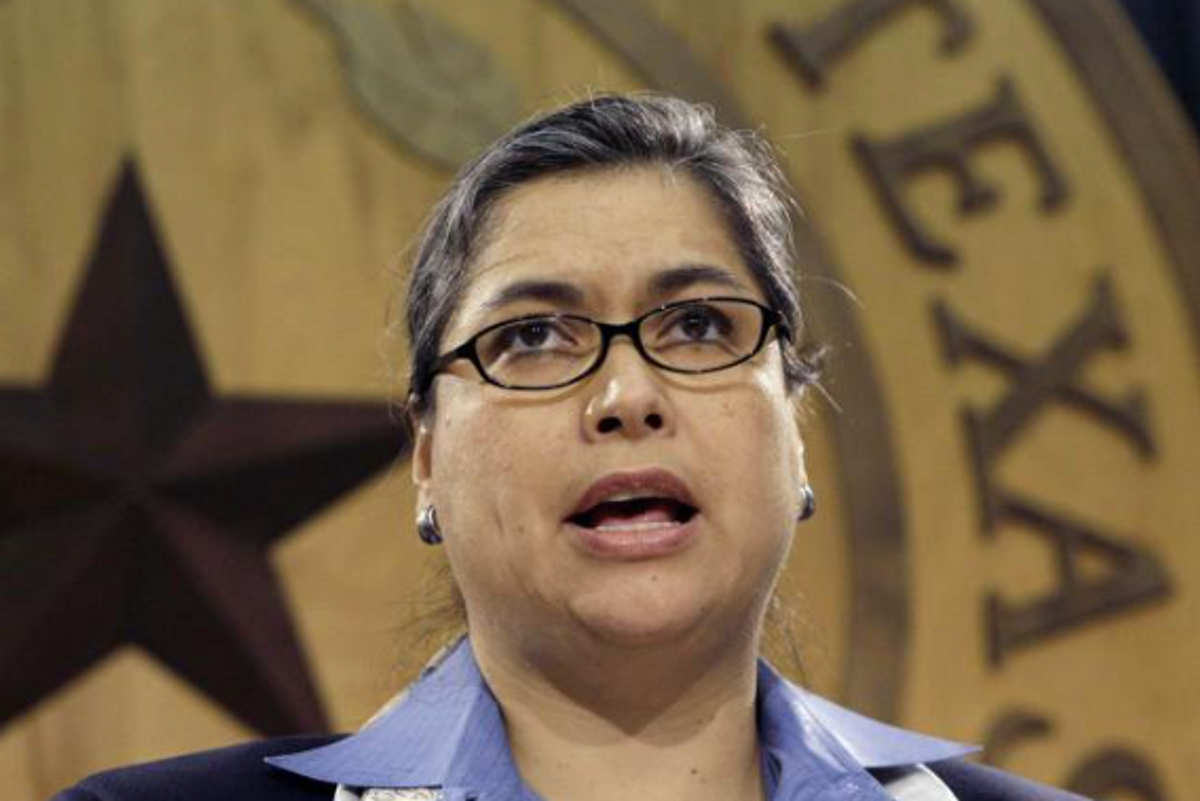 Being female in America often means jumping through hoops to obtain sexual and reproductive health care. Being female and in need of reproductive health care in Texas is an extra tricky predicament. For example, in order to get an abortion (which is already mostly restricted in Texas after 20 weeks), a woman must first get an ultrasound, receive counseling per the Women's Right to Know Act, and then wait 24 hours before finally obtaining the procedure. Lawmakers in Texas have also introduced a bill that would criminalize abortion - an idea that Trump has expressed ambivalence toward in the past - and another that would require hospitals to bury or cremate the fetal remains from abortions and miscarriages.

Democratic State Representative Jessica Farrar isn't having any of it. In response to the increasing burdens placed on Texas women seeking reproductive care, Farrar introduced a bill of her own. H.B. 4260, or the Man's Right to Know Act, would apply the same types of sexual-health roadblocks that Texan women face to their male counterparts. When seeking procedures like colonoscopies, vasectomies, and Viagra prescriptions, for instance:

An attending physician must administer a medically unnecessary digital rectal exam and magnetic resonance imagining of the rectum before administering an elective vasectomy or colonoscopy procedure, or prescribing Viagra. This digital rectal exam and rectal sonogram must take place during the initial health care consultation before an elective vasectomy is performed, a prescription is given for Viagra, or a colonoscopy is performed.

"Men have to answer for their actions and so forth," Farrar explained. "So if there's going to be an emission, it would have to be done in a hospital where the semen could be preserved for future pregnancies or it would be directly deposited into the vagina of a woman."

"What I would like to see is this make people stop and think," she said. "Maybe my colleagues aren't capable of that," the truly savage lawmaker added, "but the people who voted for them, or the people that didn't vote at all - I hope that it changes their mind and helps them to decide what the priorities are."