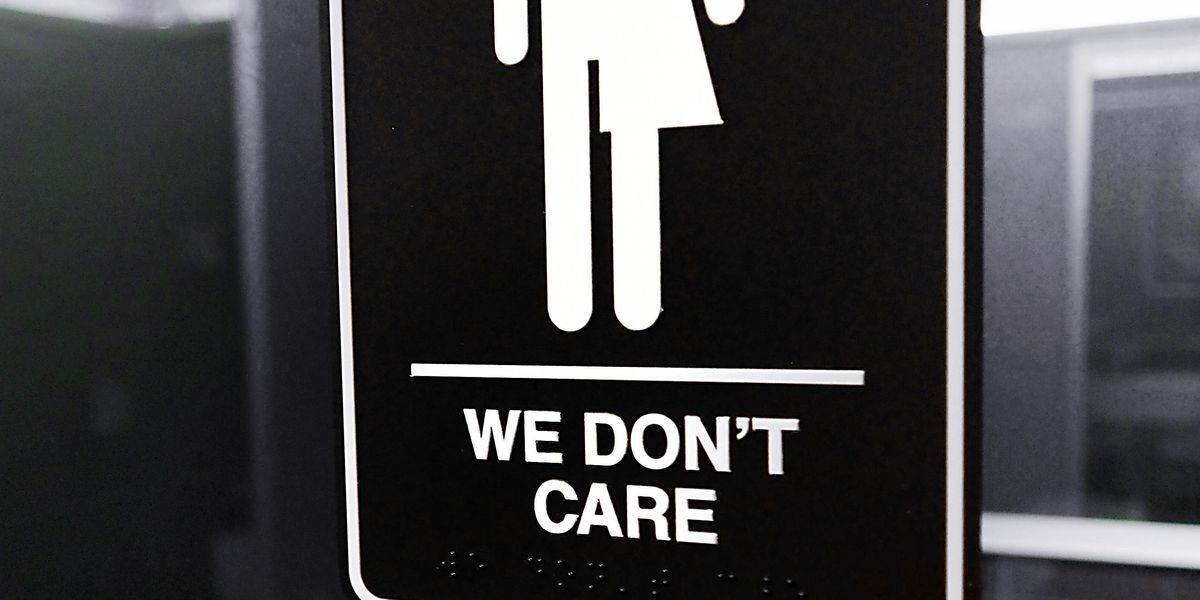 The Texas House of Representatives is back at it again, enjoying a busy weekend spent passing a bill filled with extreme abortion restrictions and approving a proposal targeting transgender students' ability to use the restroom in peace and privacy.

The House voted 91-50 to amend Senate Bill 2078, which focuses on schools' emergency plans, to include a clause requiring transgender students to use the bathroom that matches their "biological sex," the Texas Tribune reports. If the student "does not wish" to do that, they would have to use a single-stall bathroom and changing facility instead.

This bill is strikingly similar to the controversial one passed in North Carolina that resulted in mass boycotts and major economic consequences for the state. Lawmakers in Texas reportedly felt okay about their version of the discriminatory bill because it only applies to schools rather than schools and government facilities.

Representative Chris Paddie, who sponsored the proposal, said there was "absolutely no intent to discriminate," and that it "made reasonable accommodations for all children" who wish to use separate bathrooms and changing facilities. He said, "That could be because you're transgender, that could be because you're shy." Forcing children to use bathrooms that are different from other students, however, puts them in the position of being inherently different and opens them up to all kinds of questioning, bullying and potential ostracism from their peers.

Democratic state Representative Senfronia Thompson noted this issue, drawing comparisons between the bill and Jim Crow-era laws enforcing segregation between races. "White. Colored. I was living through that era … bathrooms divided us then, and it divides us now," she said. "America has long recognized that separate but equal is not equal at all."

Here she is speaking powerfully on the issue:

The proposal needs final approval from the House before moving forward to the Senate and potentially Governor Greg Abbott's desk, who is expected to sign it.

The amendment is in direct contradiction to Obama-era guidelines urging schools to allow transgender students to use the bathroom matching their gender identity. The Trump administration has already revoked those requirements, and the Supreme Court declined to hear a case that would decide the issue at a federal level, kicking it back to the states to decide on a case by case basis. How's that been working out?