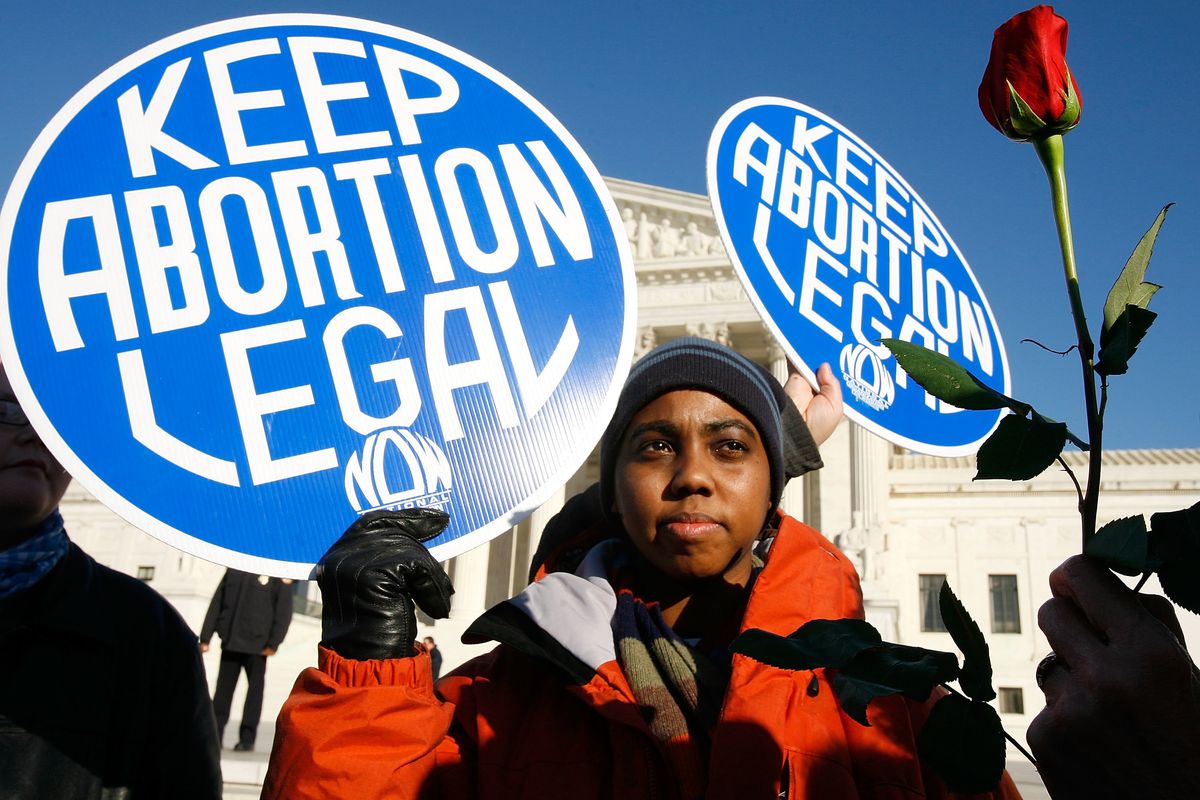 Everyday, we creep closer and closer to dystopia — and new, unfortunate evidence of this comes via an anti-abortion bill currently being debated by Texas lawmakers.

As the The Hill reports, a 2017 bill that would criminalize abortion without exception was reintroduced to the Texas state legislature by Representative Tony Tinderholt earlier this week, and was considered within the Committee on Judiciary and Civil Jurisprudence. But what does that mean? Women who get abortions will be charged with homicide — an offense that can possibly result in the death penalty within Texas.

According to Tinderholt, his goal is to guarantee "equal protection" for life inside and "outside the womb," as well as "force" women to be "more personally responsible" when it comes to sex.

Unsurprisingly, the measure is currently being criticized at-large online, with many commenters noting the bill's hypocrisy.

And just how is that "Pro Life?"

It’s pretty hard to call yourself “pro-life” while pushing an ideology that raises maternal mortality rates AND threatens women with EXECUTION for accessing reproductive healthcare. https://t.co/2azgL5CulD

My home state of TX introduced a bill allowing capital punishment for women who have abortions. Bill sponsors claim it is necessary to make women "more personally responsible." If this isn't patriarchy's last gasp, I'm not sure what is. https://t.co/O0a2HWS628

That said, the Washington Post points out that it faces "steep odds of becoming a law" due to its severity with some anti-abortion groups even deeming the measure too extreme. Not only that, but the committee chairman is apparently also hesitant to bring it to the full Texas House — and let's hope it stays that way.