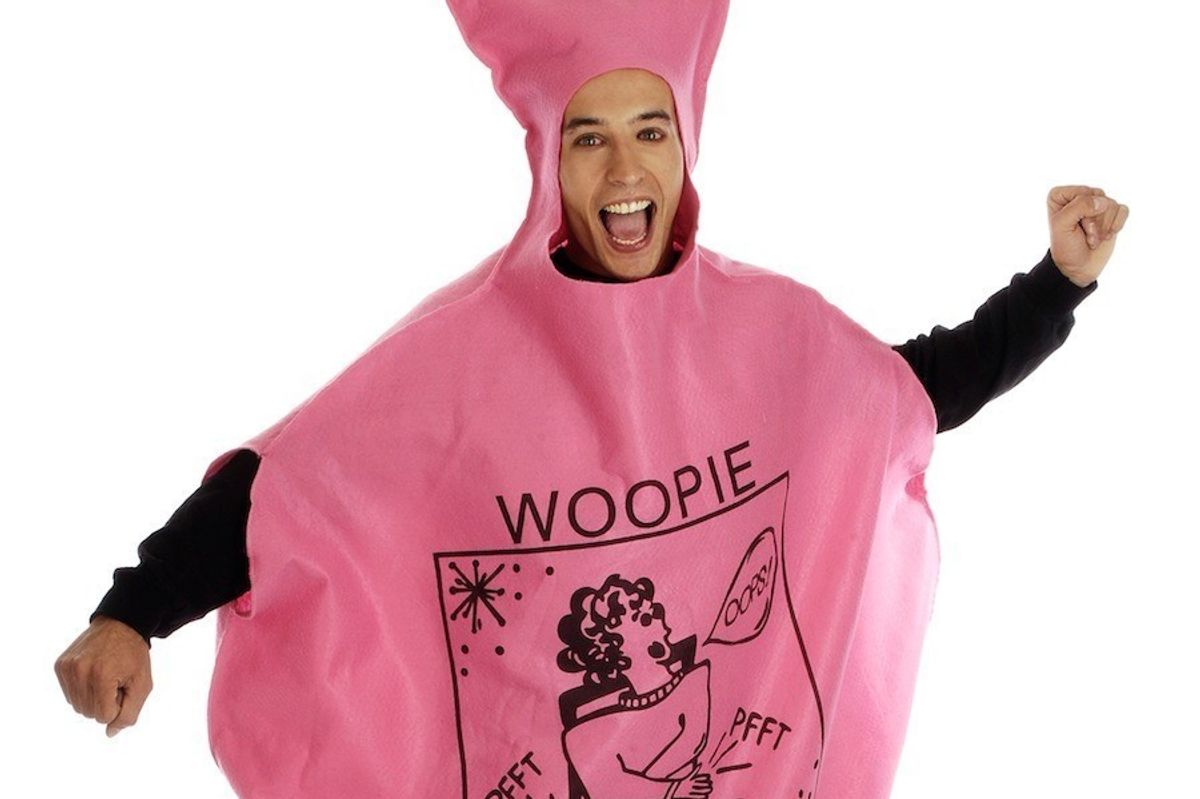 Fighting fear with farts sounds like my kind of political statement, and it's exactly what a group of counter-protesters did at the University of Texas at Austin campus over this weekend.

In response to the controversial fake shooting demonstration being held by pro-gun demonstrators at the school, UT alumnus/organizer Andrew Dobbs set out to counter the fear-mongering with a touch of humor -- launching a quote-unquote mass farting facilitated by stereo fart noises.

"This isn't about guns necessarily," Dobbs explained to the crowd. "We are in a scary time right now and lots of scary things are happening, and some people want us to be more afraid. I choose to believe that fear is not the solution to the threat of our time. That laughing in the face of fear is a courageous act and toting a gun around everywhere you go, maybe not so much."