Terry Richardson On Fatherhood and His New Photo Book, 'Skinny'

Terry Richardson's new book Skinny (IDEA Books, 2016) is definitely not thin on striking images. The tome, out this week, is a tribute to the lensman's long-time partner and collaborator, Alex "Skinny" Bolotow and their relationship over the years, most notably in the last year as she carried and delivered their twin sons, Rex and Roman, in March. The pages are filled with signature Richardson fare, where sex, humor, loft apartments and the scattered ephemera of a top photographer coalesce with a more intimate portrait of a friend, lover, and expectant mother. Through images from their decade-plus relationship, what is revealed over the course of the book is a chronicle of the pair's peripatetic life -- hotel rooms, rest-stops, plane cabins -- and, to be sure, some images that will get the internet talking. But it's the diary of Skinny's pregnancy that is perhaps most compelling and poignant: her engorged belly the day before delivery or the fluorescent-lit moment of a baby's crowning. It's visceral and unflinching, to say the least. This is not your typical baby album on Flickr, nor is it even the softer side of Richardson as a new father.

We spoke with Richardson on the occasion of the book launch (Richardson will be signing the book at Dover Street Market in New York, from 6-8 p.m., on September 9th) to chat about the first few months of fatherhood, the lingering taboo of a pregnant body, and shooting in the delivery room. 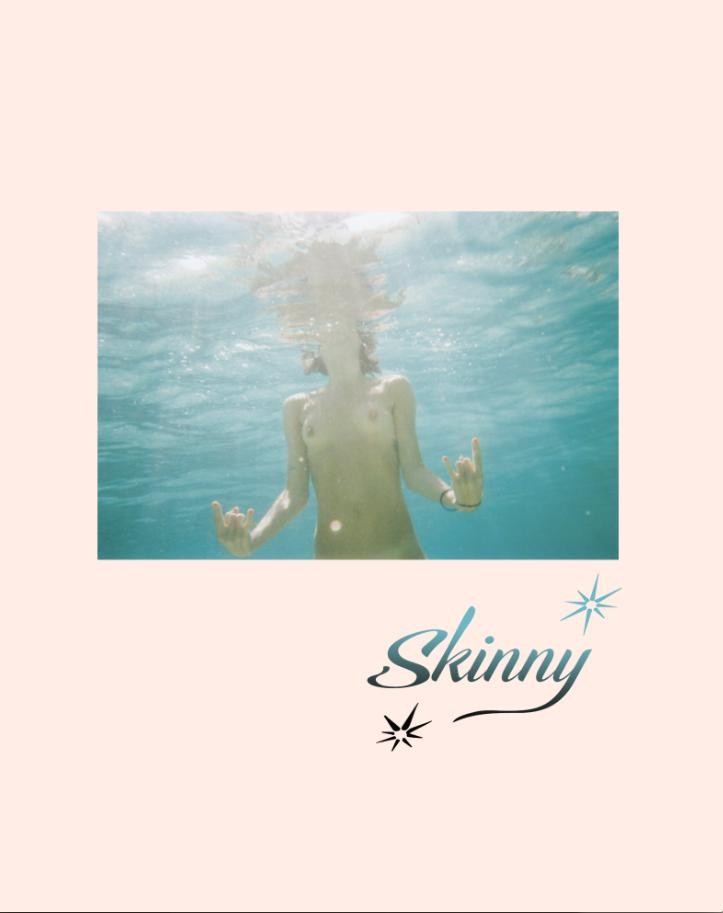 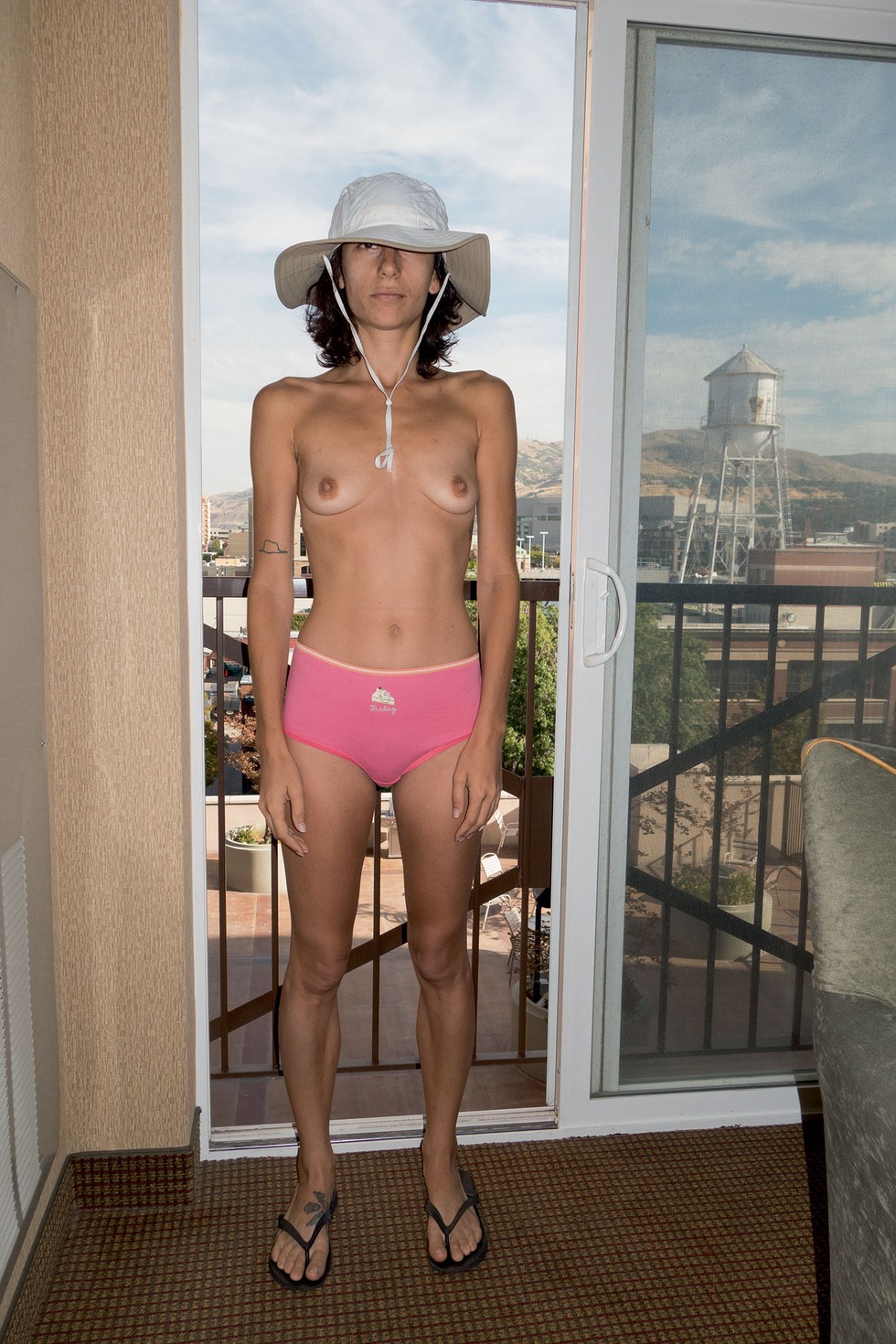 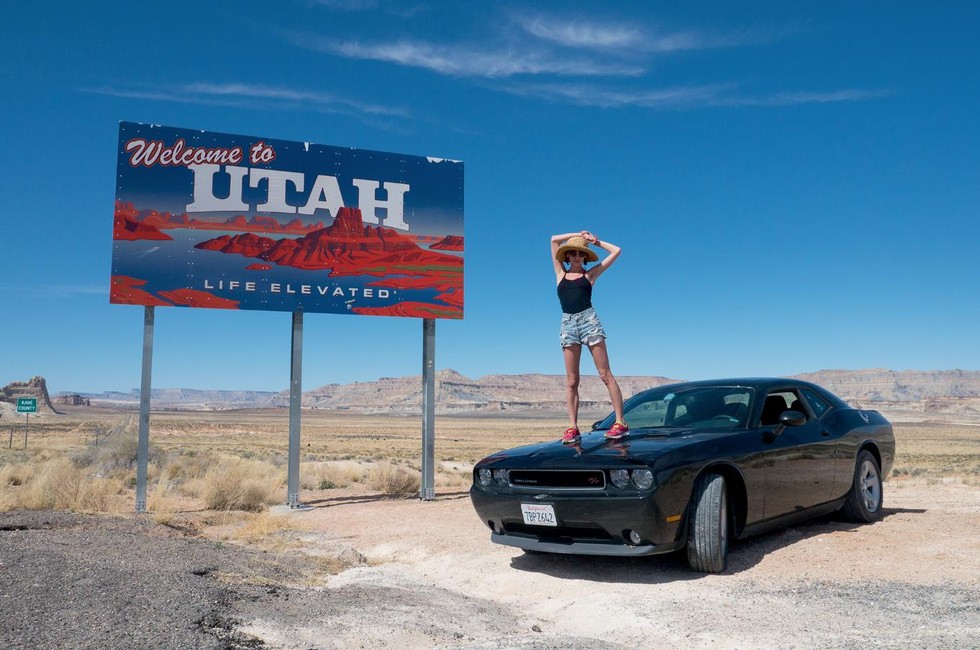 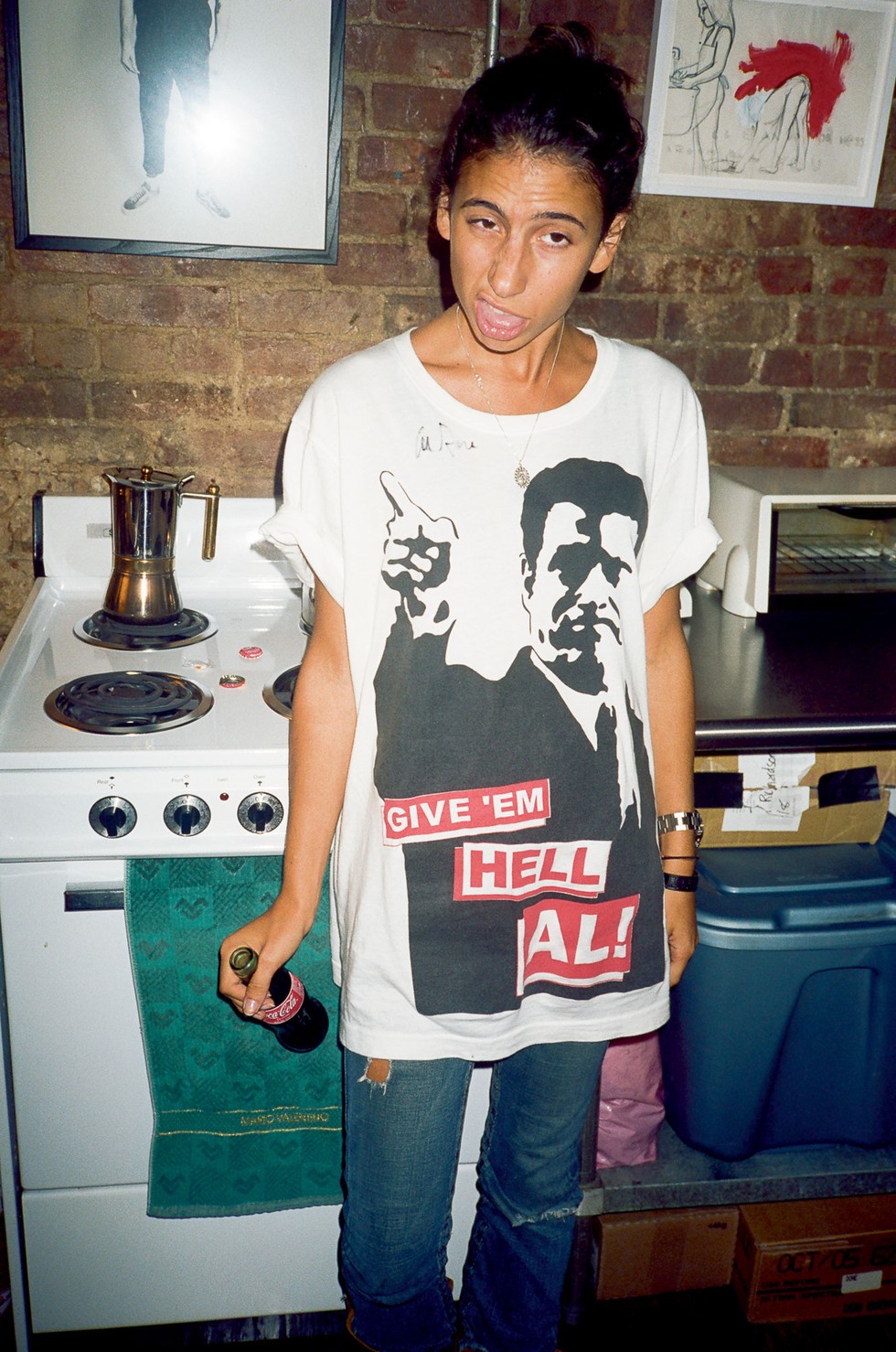 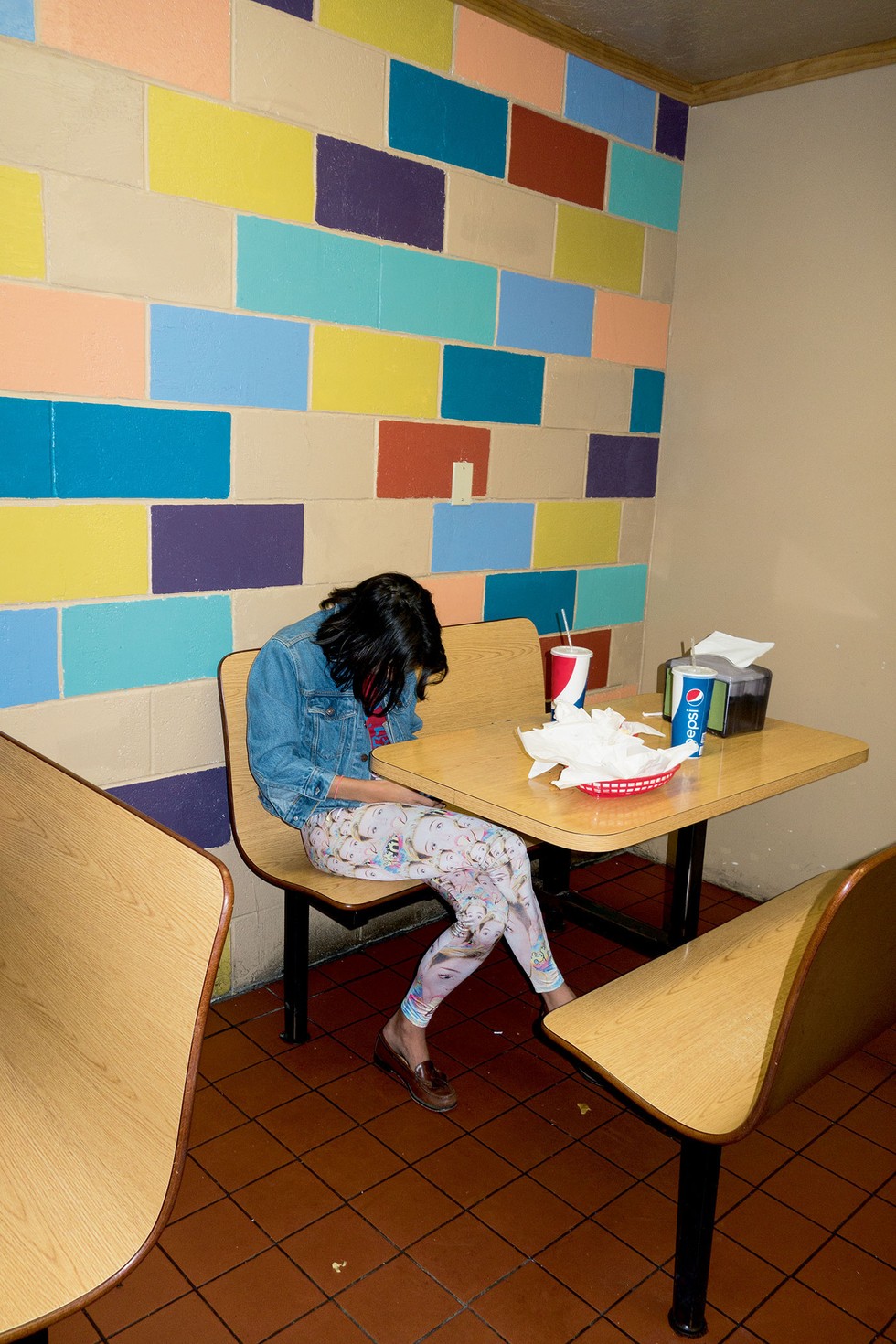 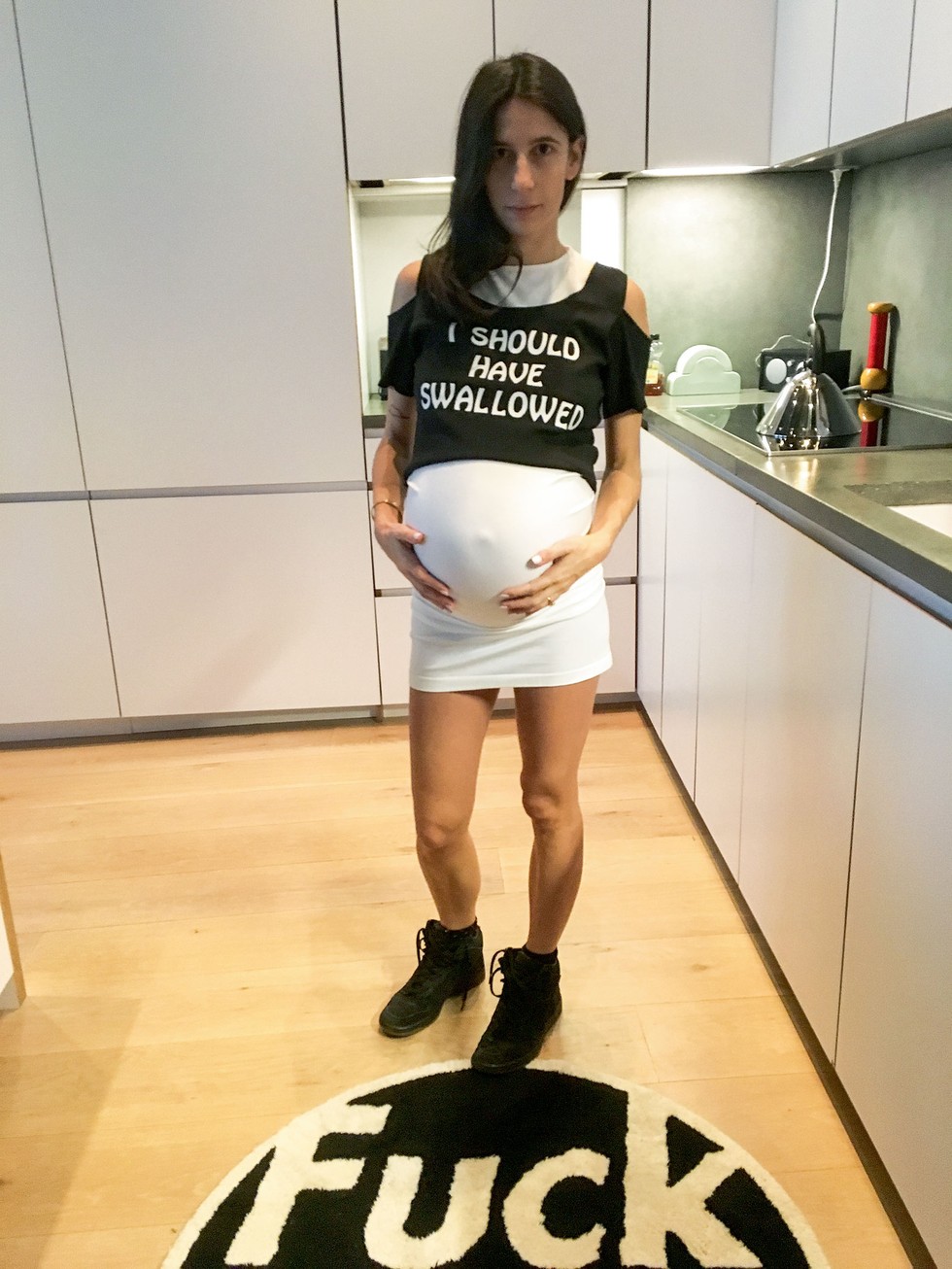 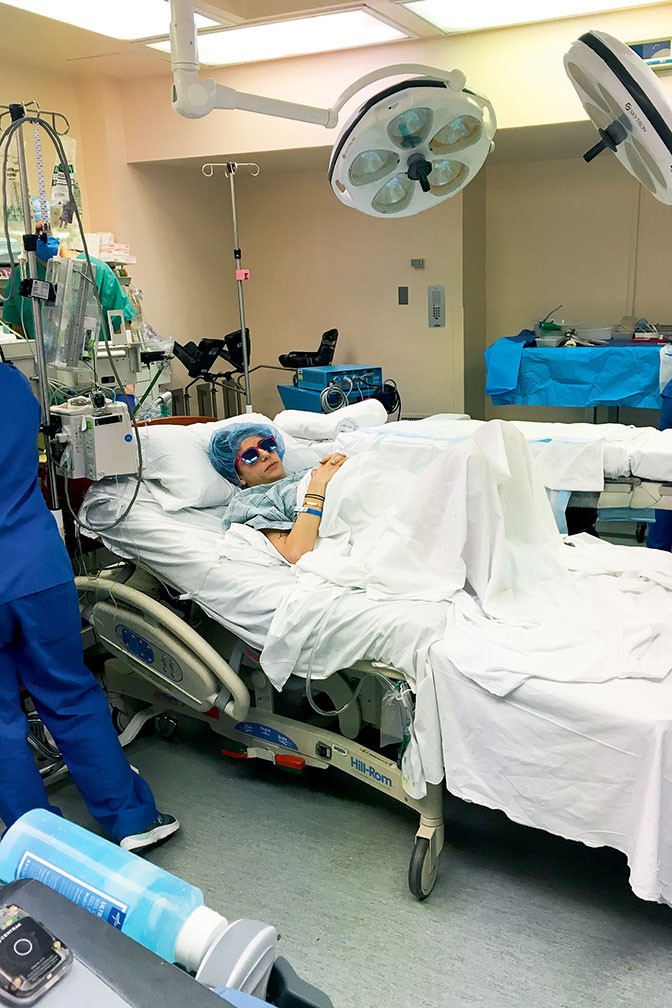 First, congratulations! How are the first months of parenthood shaping up for everyone?

Thank you so much. This has been such an amazing experience. It's like your life changes completely and immediately. I have always heard people say that about having children but it is hard to really understand it until it happens to you. We have been so lucky that both of our boys are so healthy and happy. We actually just took them on their first plane trip, which was really terrifying to think about but went very smoothly -- it's amazing how different the airport experience is when you have a double stroller with you, people are so kind and eager to help.

The book is a very candid and 360° view of your partnership with Skinny, what was the editing process for something so personal?

One of my favorite things about the book is that because it spans so much time, the format of the images is really different from beginning to end. There are film pictures, early digital camera pictures, and now iPhone pictures, so while you can see the progression of time in terms of the pictures themselves, you can also see it with the different mediums as well. Editing was definitely a bit different in this case because we both have strong emotional ties to all of the pictures, so I had to be very careful that I wasn't choosing each picture because of the memory, but because of the image (although I'm not sure that I was totally successful in that!). Skinny also had some strong opinions about including a couple of her favorite pictures so I took that into account as well.

As the images are taken over the course of several years, I would imagine before you had the idea to make it into a book, what was the moment you decided to put it all together and was there any specific impetus?

I'm always documenting my life, and Skinny is such a big part of it, so I have been taking these pictures for years but it was actually Angela [Hill] and David [Owen] at IDEA who came up with the idea of putting them together into a book. It was right before the boys were born and they thought that as our relationship was about to reach a new point as we became parents, it would be an interesting time to compile all of these pictures which really led us up to that point.

Alex is a very game subject, what were you hoping to capture through the arc of the book?

Although the book isn't purely chronological, it does seem to take us through the ebbs and flows of our relationship, obviously culminating with the birth of Rex and Roman. One of the pictures is from the first day that we ever met which was really fun to look back and see. I think that I tried to capture a fairly realistic look at what she is like so there is definitely a broad range of pictures included from really beautiful to really moody and honest to really hilarious.

What is the dynamic of shooting your own partner, versus a sitting with a less familiar subject or even just friends or acquaintances? Did the dynamic change as your relationship changed or once you found out you were going to be parents?

Our relationship has changed over the years, but we have always had a strong bond and deep intimacy, so I think that that trust really shows itself in the pictures, and it can also turn a pretty ordinary moment into something quite beautiful.

Despite being one of the more beautiful and natural moments in the human condition, the pregnant body still gets a lot of flack or there is a lingering taboo to photograph a pregnant woman in any kind of real way. Did you feel like you were confronting that at all?

A lot of the pregnancy photographs you typically see are very formal it seems, in my mind I think of Demi Moore on the cover of Vanity Fair, which of course is such a beautiful image, but I really liked capturing the more candid day-to-day moments of pregnancy since those are often overlooked. I do notice sometimes that certain images that I post on social media get some very extreme reactions -- a lot of people seem to be really offended when they see the female body in ways that they are uncomfortable with. Some of the pregnancy and breastfeeding pictures really got people going and any time I post a picture of a woman with armpit hair it really creates a commenting shitstorm, oddly.

What was it like shooting in the delivery room during what is, even under the most ideal circumstances, one of the more nerve-wracking experiences a first time parent goes through? Had you ever shot in a hospital before?

The last time I was in a hospital taking pictures, I was taking pictures of my mother when she was dying, so it was really powerful to be back in that environment to witness the other end of the life spectrum, and watch Skinny really being reborn as a mother as well. We were so lucky to have had these incredible doctors and they were super enthusiastic about letting me take pictures and explaining the whole process and making sure that I didn't miss any of the important moments, so that was a very reassuring presence in the midst of all of the chaos. Incidentally, when you have twins, you deliver them in an operating room instead of the more peaceful delivery rooms that you have probably seen in pictures, so the environment in there was especially intense with the bright lights and crowd of doctors and nurses, a truly unique experience.

What was going through your mind taking the final image in the book of your new family, safely arrived?

I guess all of the cliches apply here but there is a reason that people say these things over and over -- your heart just bursts with this new love that you never knew you could possibly feel and it's so incredible and overwhelming. I had had in my mind an idea of how I expected to feel when they arrived and then in reality it was nothing like I'd expected at all. Skinny had a pretty dramatic delivery and there was so much adrenaline in the room and anticipation and then all of a sudden there were these two new beings and it was so amazing.

Now that you have two more potential subjects in the picture, so to speak, could there be more family books to come?