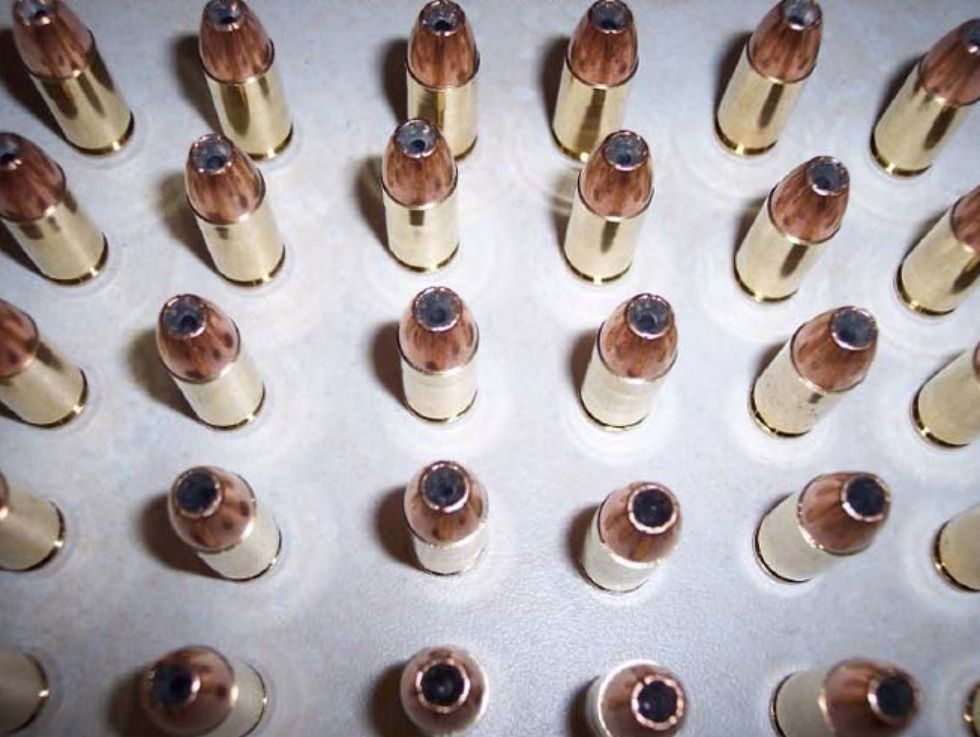 A madman has struck and left a trail that tells one of the most frightening stories that we've heard in a long time. It's a story that we don't want to hear which is why Cho Seung-Hui, America's home-grown suicide bomber, chose this way of telling it. Devoid of any meaningful social contact on the campus of Virginia Tech or elsewhere, he became a cypher of a world without love. Like the terrorist Muslim suicide bombers of the Middle East, he leaves a multimedia manifesto of words, photos (the one of above, of bullets, is by Cho) and videos as a final testament. He speaks of the "martyrs," uses the name "A Ishmael," rails against "hedonism" and makes reference to 911, Osama, Kim Jung II, Hummer and Bush. Though what he says can scare your pants off, the student who couldn't connect with anyone communicates beautifully with the camera. We know all this about Cho because he took the time to shoot, edit and Express Mail it all to NBC. (MSNBC has done an incredible job covering this and has been releasing pages and visuals from the manifesto.)

Cho's Multimedia Manifesto leaves behind a treasure trove of material for experts to rummage over in the coming years as they try -- with 20/20 hindsight -- to understand what motivated this young man to do such a horrible act. I expect that anyone as proficient with multimedia tools as Cho, and as talented an artist, will have many more writings, drawings and videos stashed away in his hard drive.

On the day of the shooting I was on the phone with Jon Savage, the British author of Teenage, a monumental book of cultural history that traces the creation of youth culture. When I mentioned the events at Virginia Tech to him he said, âRemember, your country and my country are at war in Iraq. When youâre at war it hits people in a weird way, especially young people. When the top guy is waging war and acting like a big bully, itâs going to make a difference. Kids pick up on this. But they donât have the wherewithal of adults who learn how to handle it.â Given Cho's multimedia handiwork and the numerous allusions to the Middle East in his video, Savage's comments -- made before anything was known about the killer -- seem more prescient than ever.