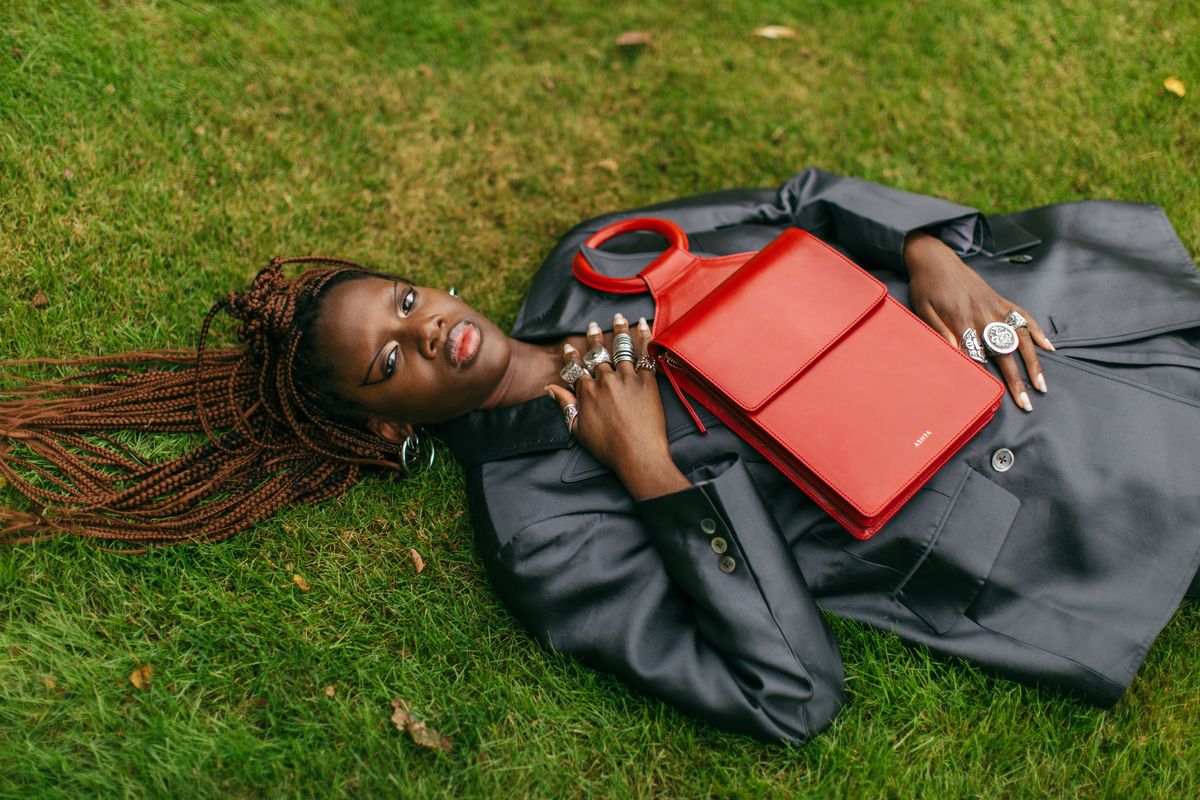 When Telsha Anderson was first starting to build out the brand matrix for t.a. New York, a luxury concept store in the Meatpacking District, she turned to Instagram (where else?) to help her find Black designers she could carry in her boutique.

One of the brands she came across was ASHYA, a New York-based label known for their unisex travel accessories. A photo of Beyoncé wearing one of their belt bags quickly caught Anderson's eye, and pretty soon they were stocked in her store alongside other independent designers like Private Policy, Barragán, Ottolinger and PH5.

"They were actually the first in-person market appointment I've had, I want to say over a year ago," she said of meeting ASHYA founders Moya Annece and Ashley Cimone. "They were so beautiful and just so wonderful, in regards to encouraging me and in regards to opening the store and being a Black-owned business."

Annece also recalls their first encounter. "I just remember you walking in, actually having our meeting and it was just like, 'Wow! I can tell this woman — we have no idea what her shop is going to look like, but her taste level seems impeccable.'"

Another thing that drew Anderson to the two women was how intentional they were in regards to how they approach retail and who they partner with. Being fellow Black female founders, partnering with each other made a lot of sense as they're not necessarily keen on being in too many department stores or retailers.

This relationship eventually led to them to collaborate for the first time on the Shema Slingback bag, a limited-edition hand stitched adjustable bag featuring a circular handle and made with vegetable tanned cow leather. (Ten bags from the collection are sold exclusively at Anderson's store.)

"We've been developing this bag over the last year, and it's been something on our minds," Cimone said. "I think as a brand, we always had intentions of expanding to incorporate more travel-friendly items. I think that's how we framed the brand from the very beginning, that we design travel-friendly accessories. And with everything that we've designed, we've looked for what's missing."

"In terms of design, as it is for the majority of our products, it's about being multi-functional," Annece added. "We want to make sure that it's size-inclusive, that there is a fluid element to it, so we're not necessarily leaning too far into the feminine, or leaning too far into a masculine sort of silhouette. We just want to continue to make gender-bending sorts of designs that speaks to the everyday modern traveler. This is our version of somewhat of a backpack."

The corresponding editorial, shot on the grounds of Oheka Castle in Long Island, was photographed by Flo Ngala, the woman behind some iconic images of Cardi B and Busta Rhymes. "It was really important for me to work with a photographer that was not only a woman, but a Black woman, especially because the bag is already collaborative of three African-American women," Anderson said.

Oyinda, the model featured in the shoot, wore a look from Private Policy's Fall 2020 collection, a brand owned by two minority designers Anderson wanted to showcase and represent. "Oyinda actually shops at the store a lot," she said. "She came in to exchange a size of pants, and she was wonderful. Her outlook and light really exuded through the photos, and when I saw her I thought she would be the most wonderful person to showcase the bag."

As three Black women entrepreneurs, the act of coming together holds particular significance in the wake of this year's racial reckoning and social uprisings that forced businesses to be held accountable for their diversity practices. But Annece explained that they have always been intentional with who they participate and collaborate with, before, during, and after the Black Lives Matter movement.

"It's always been a no-brainer to collaborate with her and, you know, it's pretty rare to see Black women collaborate on product," she said. "We're just so grateful for someone like Telsha because we've been shopping around this particular bag style with retailers, I think, since the inception, since the drawings came about. And everyone was a bit hesitant, because one, the price is quite high, and we're a fairly new, emerging brand."

Anderson continued, "When I approached them and other designers of color, it was necessary for me to feature designers that were Black, indigenous, and people of color for me, mainly because when there aren't a lot of retailers that showcase work that is created by Black individuals, for whatever reasons they may or may not have. With everything that's going on, I think to showcase Black collaborations between women is extremely important. And it can showcase what we've been doing, what we are doing and what we're going to do."