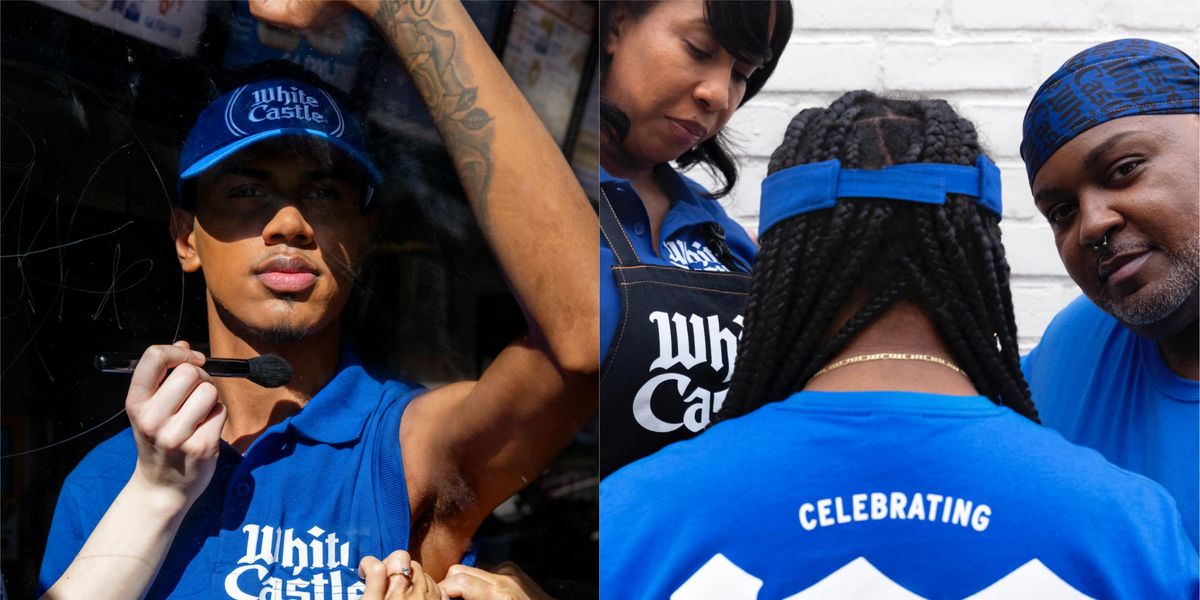 Nearly six years ago, White Castle first linked up with Telfar by sponsoring its Spring 2016 NYFW show and hosted the brand's infamous afterparty at its Times Square location. Since then, the designer has partnered with the burger joint on numerous occasions, including a genderless capsule in 2017. (He grew up just a block away from a White Castle in Queens.)

Today, Telfar announced that designed made four new uniforms for 10,000 White Castle employees in honor of the fast food restaurant's 100th anniversary, which includes a t-shirt, polo, apron, visor and durag — the latter at the request of White Castle team members and possibly the first time any restaurant has done so.

"White Castle supported us before our success and we consider them family," said Telfar creative director Babak Radboy in a statement. "Their team would serve Sliders backstage at all our shows and were basically part of our team. It's still the only thing open after midnight in Telfar's hood — seeing our uniforms there means something to us, and so we take it personally."

In addition to the employee uniforms, Telfar is releasing a limited-edition co-branded White Castle collection that includes a T-shirt, hoodie, durag and beanie which you can shop now on SHOP.TELFAR.NET.