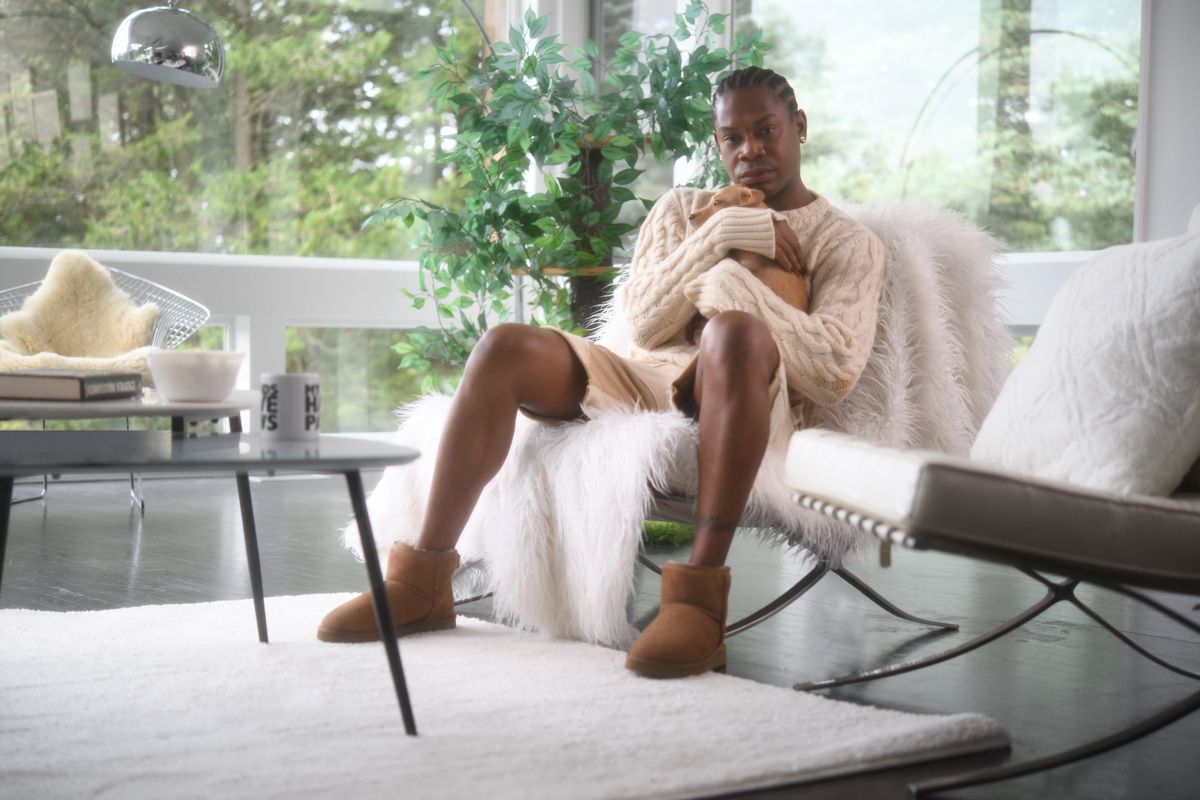 Telfar Is Teaming Up With UGG

Could UGG pick up where the Gap left off? Telfar Clemens, whose highly anticipated collaboration with Gap never came to fruition, is teaming up with sheepskin boots purveyor UGG on an ongoing partnership.

Telfar, who was recently honored with the CFDA Accessories Designer of the Year award, teased the announcement on Instagram which sees the designer in a series of cozy environments around the house while doing things like making breakfast and drawing outdoors. In the clip, he sports UGG's classic mini-boot and a T-shirt with the new UGG x Telfar logo.

The designer has been experimenting with UGG boots since 2011, where he deconstructed the brand's boots as the centerpiece of his Fall 2011 show. "The first was 10 years ago!" he tells PAPER of the unofficial, unauthorized collab. "The one from 2011 was inspired by stacking UGGS. It looked like the boot Y/Project did years later. The 2014 version was transformable — you could go from ankle length to calf to knee."

The partnership, which will continue with a full co-designed collection of footwear, accessories and apparel debuting for fall in 2021, is another extension of Telfar's "Not For You — For Everyone" philosophy in which fashion should be accessible to all.

"I just loved that everyone was wearing UGG. You saw it everywhere," Telfar added. "I'm always attracted to when something is just on every kind of person and you see it everywhere, so I wanted to put my twist on that look."

See more pictures and the full video, with an original soundtrack by Ian Isaiah and part of UGG's debut "Feel You" series, below.