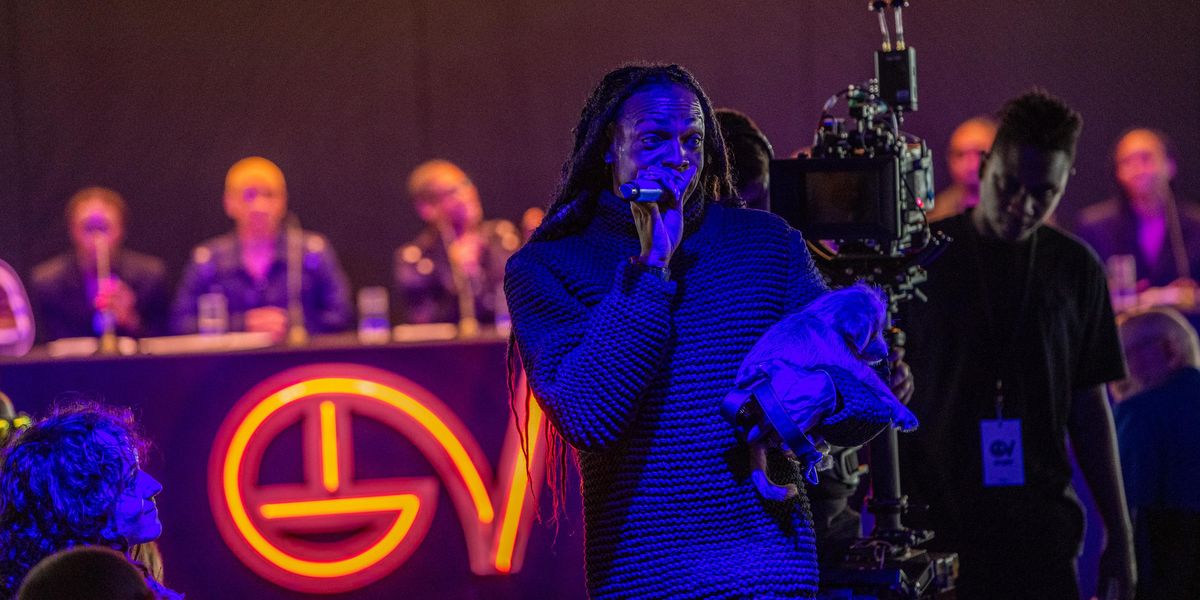 There's no brand quite as New York as Telfar. You may have seen Telfar Clemens' signature tote bags nestled under the crook of your favorite celebrity's arm or flooding your TL with memes when a bag sells out in .05 seconds. What you may not know is that they're building a media empire brick-by-brick. PBS News is shaking.

In lieu of a traditional runway show, team Telfar decided to host a press conference instead to announce the launch of their new 24-hour live linear television channel, dubbed TCTV — or, Telfar Clemens Television — as well as a collaborative FTV. They're both public access, meaning that anyone can watch them at any time, accessing a figurative "void" meant to be filled by people's love and passion for the brand.

To be honest, we didn't really know what it was either. Thankfully, we're here to break it down: Telfar TV is aiming to be a 24/7 live show, broadcasting fan-made videos and content.

During the broadcast, QR codes will also come up at random, letting customers access an exclusive link to buy bags directly — curbing Shopify's bot problem, as well as serving only die-hard customers. The amount of bags produced will be the exact number of viewers the channel has at any given moment, nearly guaranteeing everyone will get the bag of their dreams. The new system is called a "drip," rather than a "drop," leading to quite a few chuckles and a random musical number during the press conference.

"I wanna show you 17 years of my work, and that's what TCTV is," Clemens said during the press conference. The space allows him to reach deep into community heralding the frenzy phenomena he unknowingly created. For so many, it's so much more than just a bag. Than just clothes

Telfar TV's democratic process seems natural for the label, who has been actively championing the bags as a physical representation of Blackness and queerness within our larger fashion landscape. Naturally, as a brand approaches cult-like status, more people exist to violently capture it out of the hands of the people who it's directly made for.

The announcement comes alongside the debut of a new signature Telfar bag, a cylindrical duffle pouch arriving to a TV near you. The structured purse comes in three sizes much like the original, with each end of the vegan leather bag being embossed with the label's iconic initial monogram. How many colors will be produced is still up in the air, but for now we can assure you both neutral black and white color palettes will be available for purchase.

The group explained that the pivot towards a larger community-based selling platform, rather than a filtered website that can be hacked, is an aim to take back every bag that a bot has stolen from the people and put it directly back in their hands.

Here's to finally getting that chocolate brown mini Telfeezy we've been wanting forever.

You can find both channels on Apple TV, Roku TV and on Telfar.TV