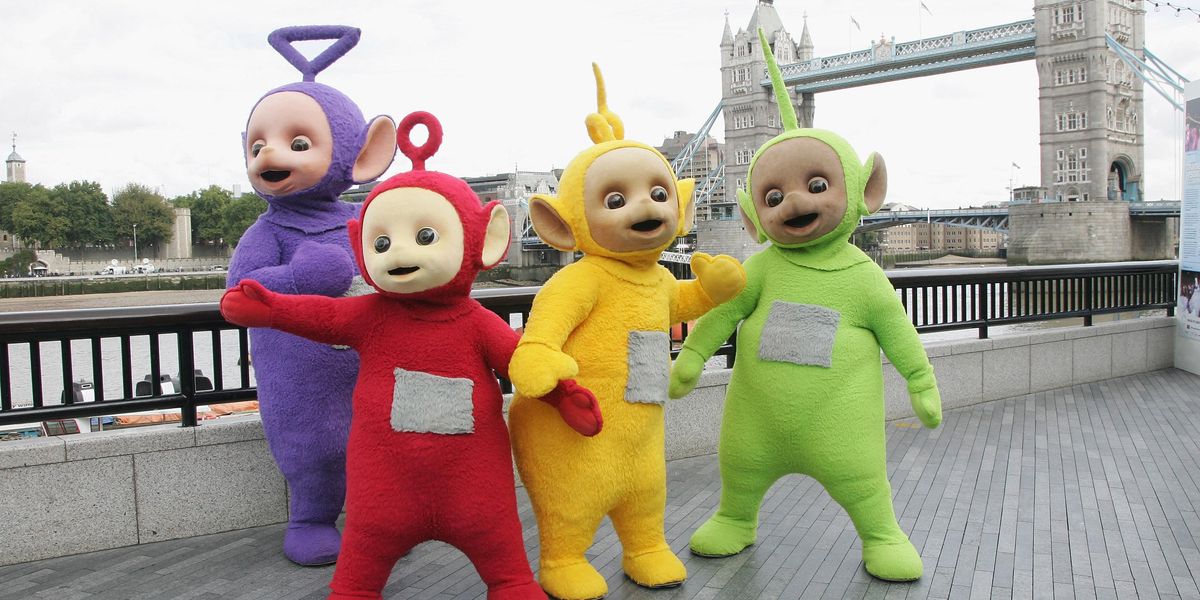 Teletubbies Upend Their Own Reality With a COVID PSA

Over the course of the characters' lifespans, the Teletubbies have gotten into their fair share of oopsies and uh-ohs — but who would have ever thought that the iconic television show's final spiral would be a well-intentioned public health PSA.

The whole affair unraveled after the Teletubbies official Twitter account tweeted out a PSA urging people to get the COVID-19 vaccine, saying: "We're all vaxxed! Just in time for a Tubby hot summer. Who's ready to come out & play?"

The tweet featured each of the show's colorful cuddly protagonists — Tinky Winky, Dipsy, Laa-Laa and Po (and later their anthropomorphic vacuum cleaner, Noo-Noo) — holding up vaccination cards and taking some whimsical liberties with the details, such as the vaccines being called "Noo-nson & Noo-nson" and "AstraTubbica," or the place where they were administered being called the "Home Dome Clinic."

It was all very lighthearted and kept in line with what one might expect from a show made to entertain toddlers. What is surprising, however, is that the controversy surrounding the tweet didn't stem from anti-vaxxers or people grousing about children's media taking a political stance (no matter how mild) like one would assume. Instead, the issue lied deep within Teletubbies lore.

Teletubbies die-hards noticed that the birthdate on the gang's vaccination cards claims they were born in 2003, a full six years after the show originally aired in 1997. The inconsistency left fans wondering what this meant for the Teletubbies canon: Does the series actually take place in the future? Are the Teletubbies time travelers? Is there more than one generation of Teletubbies? Are the Teletubbies actually Gen Z and not millennials like we previously thought, and if so are they on TikTok?

But the sheer fabric of the storied Teletubbies canon being torn asunder didn't stop there. Many then started to wonder if the fact that the Teletubbies needed to get the coronavirus vaccine implies that the show takes place on Earth during modern times, rather than some alternate planet or reality like it was previously theorized. It also raised the troubling notion that Teletubbies are susceptible to illness, bringing up even more questions about their mortality and just what the TV-bellied creatures are actually supposed to be.

It's a lot further down the rabbit hole than we, and presumably Teletubbies' social media team, ever bargained for, but here we are. So where does the show go from here now that the entire lore of a series, featuring a baby face sun and four large creatures with a consistent diet of pink goo, has been upended? On second though, I'm sure all will be fine.