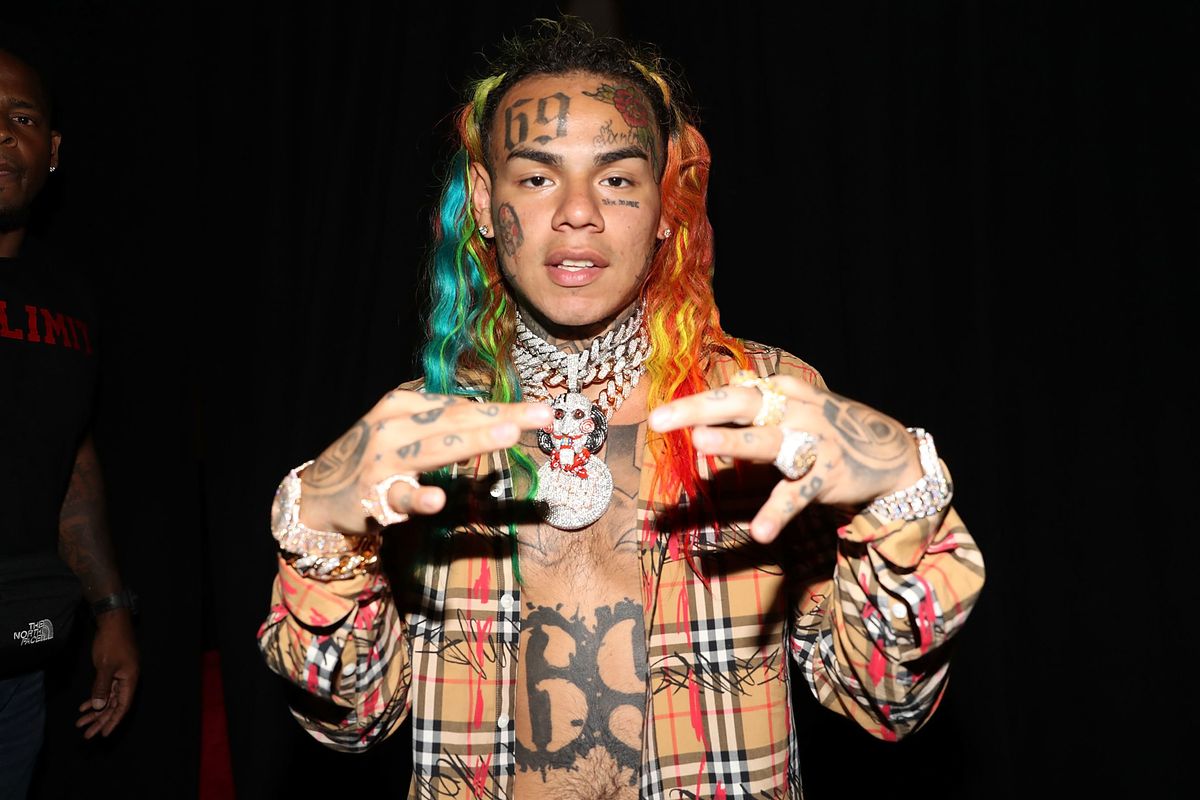 Tekashi 6ix9ine has been released from federal prison as a result of the nation-wide effort to shrink jail populations during the coronavirus pandemic. Prisons have become the epicenter of various cities' outbreaks, given the impossibility of social distancing and lack of medical care. The 23-year-old rapper's asthma was part of his ticket out, according to the New York Times, which reports his lawyer argued the respiratory disease made him vulnerable to the coronavirus.

Tekashi 6ix9ine, who was born Daniel Hernandez, will serve the last four months of his two-year sentence for racketeering and firearm charges in home confinement. He was arrested after being involved in a series of robberies and shootings on behalf of the Trey Nine Bloods. During his trial, Tekashi 6ix9ine denounced the group, giving up the names of many of his former gang members, as well as those he believed to be associated with the Trey Nine Bloods including, memorably, Cardi B.

Paul Engelmayer, the Manhattan Federal Court Judge who approved Tekashi 6ix9ine's early release, initially denied his appeal, saying he "lacked the legal authority" (a common refrain from judicial officials to criminal justice advocates asking for various populations to be released). Engelmayer finally relented when the rapper appealed to him a second time, after also being denied compassionate relief by the Bureau of Prisons.

"Had the Court known that sentencing Mr. Hernandez to serve the final four months of his term in a federal prison would have exposed him to a heightened health risk, the Court would have directed that these four months be served instead in home confinement," Engelmayer said in his ruling, according to Vulture.

"We're very happy with the judge's decision to let him go home," the rapper's lawyer Lance Lazarro. Despite the danger of being an informant,"he has no intention of going into" witness protection, Lazzaro also said. "He hopes to resume his career."

Once Tekashi 6ix9ine's sentence up, he has five years of "supervised release," meaning he has to stay out of jail, or face a heightened sentence.

Related | Did Cardi B Respond to Tekashi 6ix9ine With the Keke Palmer Meme?