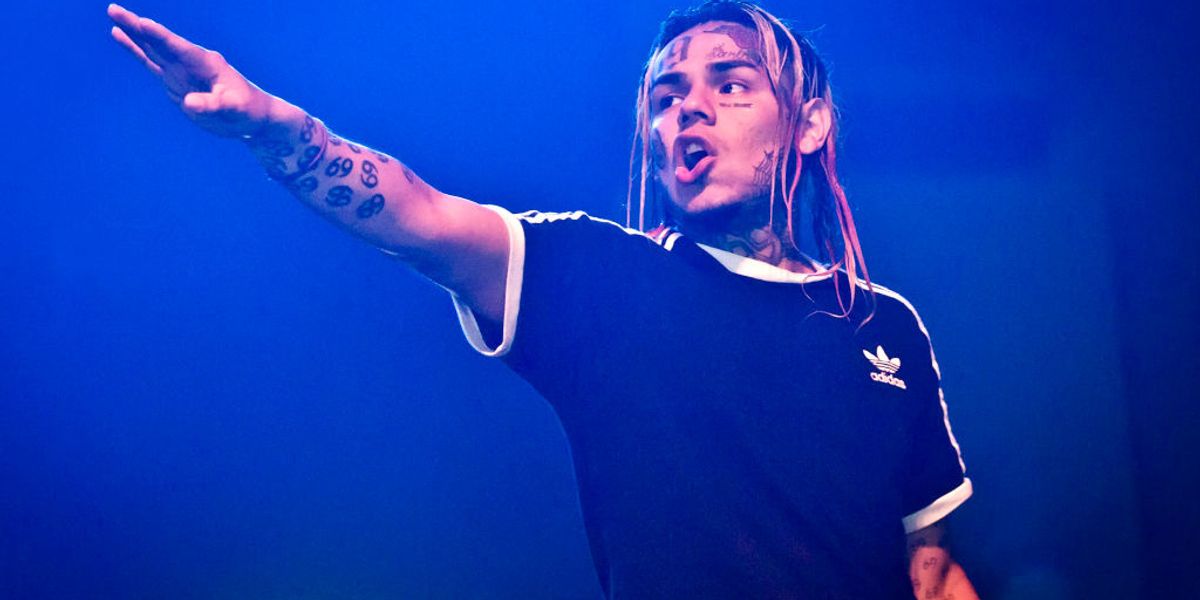 Brooklyn born-and-raised rapper Tekashi 6ix9ine was kidnapped on his way home early morning Sunday. While reports obtained by TMZ sources close to the rapper say that "3 hooded gunmen got out of the other car, grabbed Tekashi and pistol whipped him" then later on broke into his home. The sources said that the kidnappers took "around $750k in jewelry and between $15k and $20k in cash." Still the gunmen drove away with Tekashi, and he supposedly jumped out of the car's backdoors. However, authorities gave the news source a different statement.

Tekashi — whose real name is Daniel Hernandez — reported to law enforcement that at around 4:25 AM, he was riding a Chevy Tahoe with his driver, and stopped at a Brooklyn intersection because of a red light. Another car then bumps their vehicle from behind, and two men jumped out with guns, stole the driver's phone, and took Tekashi "dragged him into their car and sped away" towards his own house. The artist then called his wife to bring jewelry as ransom. He told cops he managed to escape, then proceeded to make his report. But he later became uncooperative and checked himself into the hospital. TMZ reports that causes of his injuries are unknown.