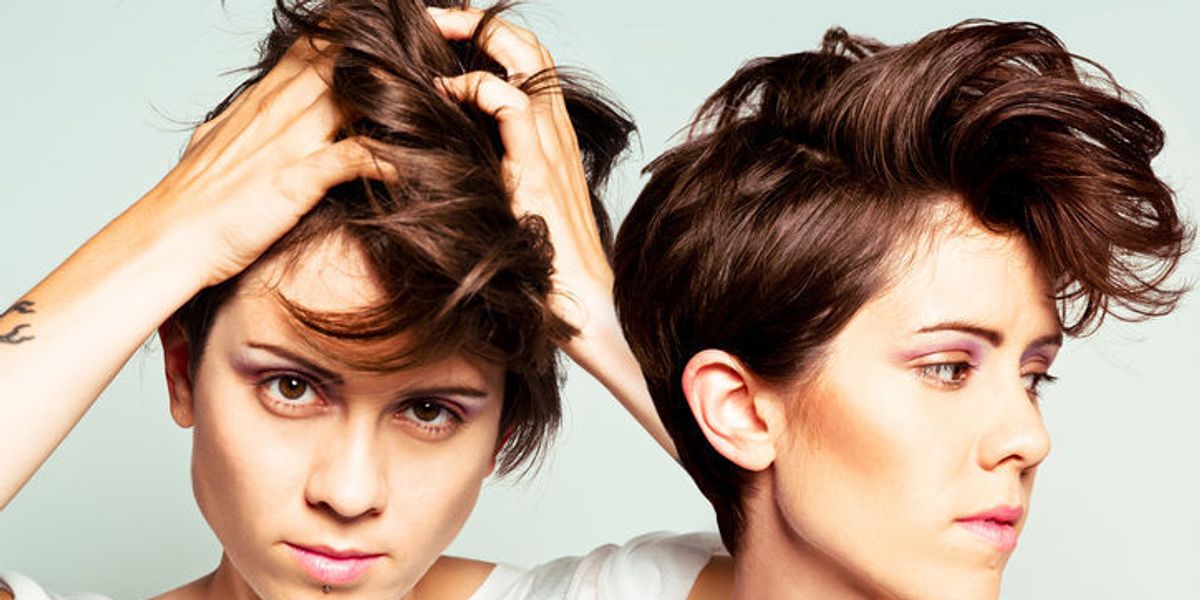 Sister-act Tegan and Sara have released the first single " Boyfriend," off their upcoming album Love You To Death, premiering it with Apple Music's Matt Wilkinson.


The song is the first music the Canadian, openly gay twins have offered up since their tremendous 2013 LP Heartthrob; this new synth-heavy, big bass track drums up the same new wave vibe they put forth on Heartthrob, while veering into a whole different sound at the same time.

In a short chat with Wilkinson, Sara explained the true-to-life inspiration behind the song:

It's a pretty straightforward pop song about a relationship that I was getting into with a girl who had never dated a girl before. She had a guy that she was sort of seeing, and we used to joke around that she was treating me like her boyfriend, and I was trying to get her to tie it down. I wanted her to make it official with me. I think that's pretty relatable. Obviously, being gay, the sort of gender twist in the song. I get that that sometimes doesn't seem immediately relatable to everybody... [but] we've all been in that situation where we really like someone and we want to make it official, and they're not ready.

Listen to the interview and the song below.