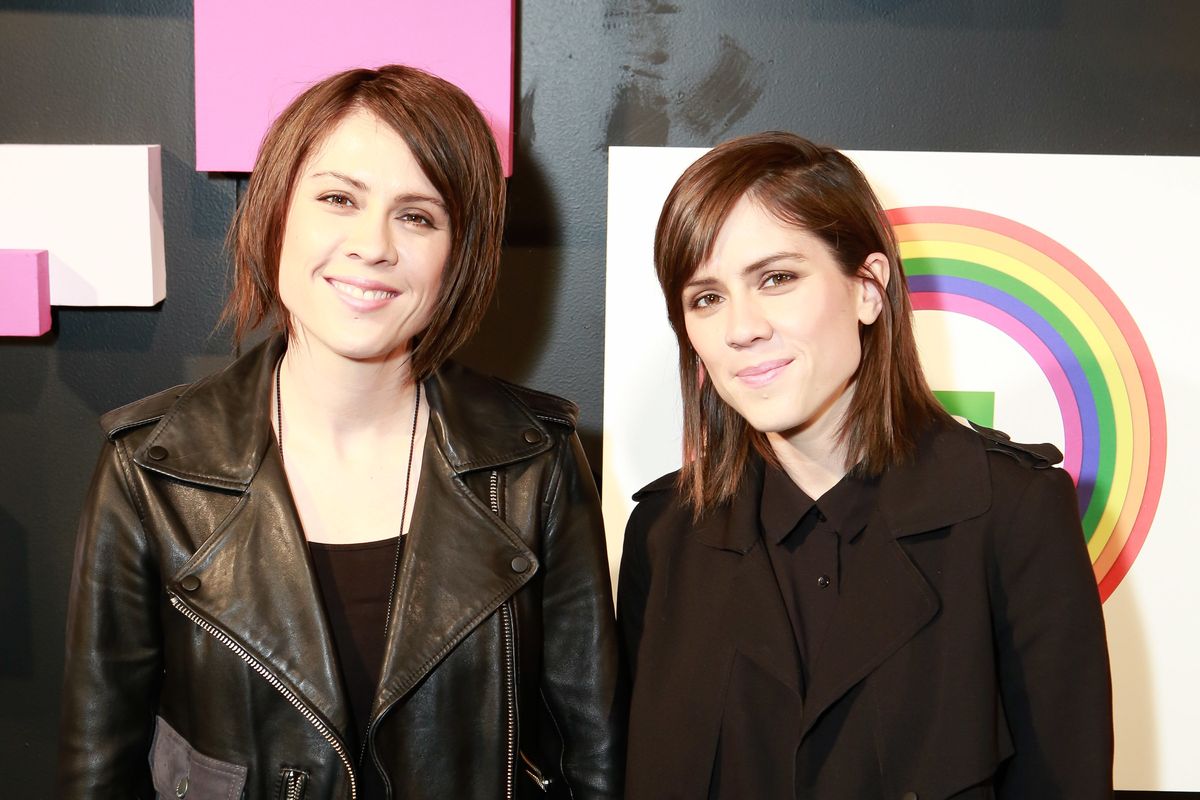 Tegan and Sara Wrote Their New Album in High School

Last year, identical twin indie pop duo Tegan and Sara announced the release of a memoir titled High School. The memoir, available September 24, is a look back at their teenage beginnings, exploring topics like music, sexuality, family, identity and more.

Shortly after the release of the memoir, the sisters will be dropping a new album featuring songs they wrote in high school. The album is titled Hey, I'm Just Like You and will be out September 27.

Today, the duo posted a trailer for the album teasing a new song featuring moments of teenaged Tegan and Sara making music. In a press release, Tegan said, "While working on our memoir, we discovered lost cassette tapes that had been unheard for over 20 years."

The trailer also previews the girls rerecording and recreating their vintage songs now.

Of the lost cassettes, Tegan says, "They contained dozens of our first songs, written between the ages of 15 and 17." Sara adds, "With only minor tweaks to lyrics and structure, we tried to remain true to the original essence of each song."

To tide your nostalgic yearnings over during the two and a half month wait for their album and memoir, Tegan and Sara posted a playlist featuring an array of 90s classic hits by Nirvana, Smashing Pumpkins, Pearl Jam, Radiohead and more. The playlist, titled "High School: Class of '98," can be found on the artists' Spotify channel.