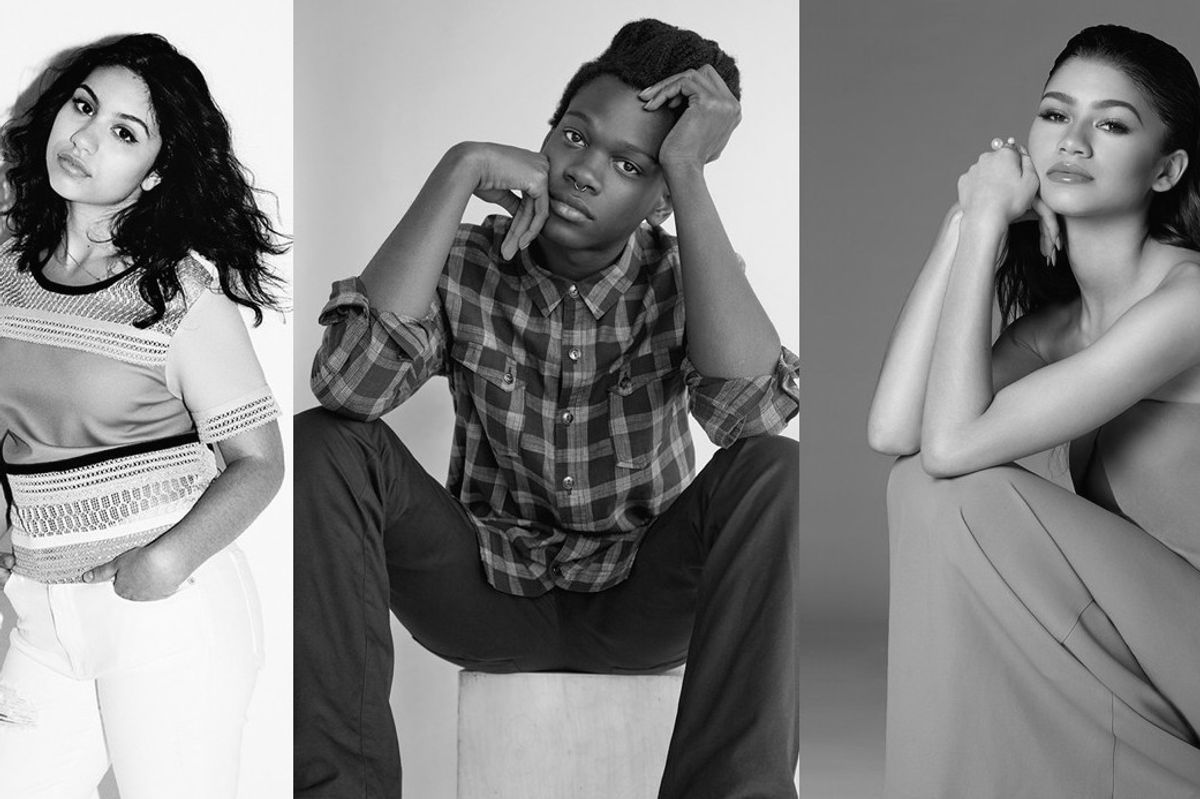 The Kids Are Alright: Why Today's Teen Stars Make Adults Look Like Children

During the last week especially, there's been no shortage of #drama. In the wake of Beyonce's Lemonade, grown-ass women have stepped up to insert themselves into a narrative they have nothing to do with, drumming up publicity for themselves instead of focusing on the majesty of a powerful and life-changing record. Which is super-annoying.

Shortly after "Becky with the good hair" became a key part of our cultural lexicon, Rachel Roy and Rita Ora publicly trolled the Beyhive and then denied the lyric was about them, while Iggy Azalea waded in to accuse Beyonce of being racist towards white people (#NotAllBeckys). This has truly been the cherry atop an incredible shitcake: over the last few years, adult pop stars have acted far younger than their teen compatriots, feuding and flailing on social media while we've looked on, embarrassed.

Of course, arguments and disagreements happen. When Nicki Minaj stepped up at the MTV Video Awards last summer and called Miley Cyrus out for talking about her on-camera before the show, that was beautiful and necessary--especially since we don't tend to see face-to-face confrontation play out in real time. (And particularly not in the digital age.) But these honest moments have been few and far between. We watched the Meek Mill and Drake feud rise to uncomfortable levels last summer, gaped at Kanye's takedown of Wiz Khalifa (only to find out it was a misunderstanding), and watched Taylor Swift's "Bad Blood"--a song about her feud with Katy Perry--gain momentum, stocked with 2015's creme de la creme of women in music, TV, movies, and fashion. Plus, Iggy Azalea just kept talking (and still is, so help us).


But not teen pop stars. (Especially because they'd never be caught dead making a video like Anne Hathaway's.)

This beef cycle is exhausting in general, but particularly when compared to the maturity of teen stars like Zendaya (who turned Giuliana Rancic's 2014 Oscar comments about her hair into a teachable moment), Jaden Smith (whose gender neutrality extended into a Louis Vuitton campaign), and Selena Gomez (who's spoken openly about rehab and Lyme disease). Ultimately, teens and early twenty-somethings in music are showcasing a maturity rarely found in any grown-ups--but especially the ones who've been in the game for a while.

And this is (likely) rooted in vulnerability. In the nineties and early 2000s, young pop stars were trained to be untouchable. They were shiny, perfect, and arguably inhuman. And, in the case of Britney Spears, they were forced to confirm their virginity in press conferences at the bequest of male journalists. It was an unhealthy and problematic climate--which is why we're seeing youth culture evolve in its wake and champion transparency and honesty over flawless public personas.

Thanks to everything from Tumblr to Rookie to Girl Meets World (starring the unfuckwithable Rowan Blanchard), younger generations have not only learned to talk more about their feelings and insecurities, but also to connect with their followers about life in their industries, their internal struggles, and even social issues. They say what they mean, and exhibit an awareness most of us can only wish we'd seen or felt during our own high school years. Zendaya's body positivity is powerful. Jaden Smith's sense of self and fashion is exciting. Shamir's openness and vulnerability is hugely helpful. And even Shawn Mendes' recent statements that his talent hasn't caught up to his fame is refreshing. Music's youngest stars are actively working to create a landscape defined by awareness, communication, and safe spaces. And while these opportunities exist because of those who came before them, they're trying to do better--and to do more. Which ends up positively affecting grown-ass adults.

There's a reason pop veterans are seeking out the aforementioned artists, as well as the likes of Tinashe, Alessia Cara, and Halsey: they're learning something from them. Not only is the industry rich in talent, but up-and-coming artists are using their platforms to speak to issues of sexism, racism, and mental health (to name just a few), which is inspiring not only to audiences but to everybody else. These artists are working and living by example, which is the most effective way to encourage change--as well as the most effective way of making unwarranted and empty beefs look outdated.

Of course, there will always be disagreements in music because it is an industry populated with people, and people tend to make mistakes. Plus, disagreements can be healthy: last summer, Nicki Minaj called out Taylor Swift after Swift injected herself into a conversation about race. And while it elicited an "Oh, shit!" on the part of everyone reading, Taylor admitted she'd made a mistake, apologized, and (I presume) learned something. It's not like the industry needs to hold hands, sway, and sing: it's more a question of choosing battles and opting to not engage in pointless, draining discourse. Especially since industry up-and-comers are showing us a better way.