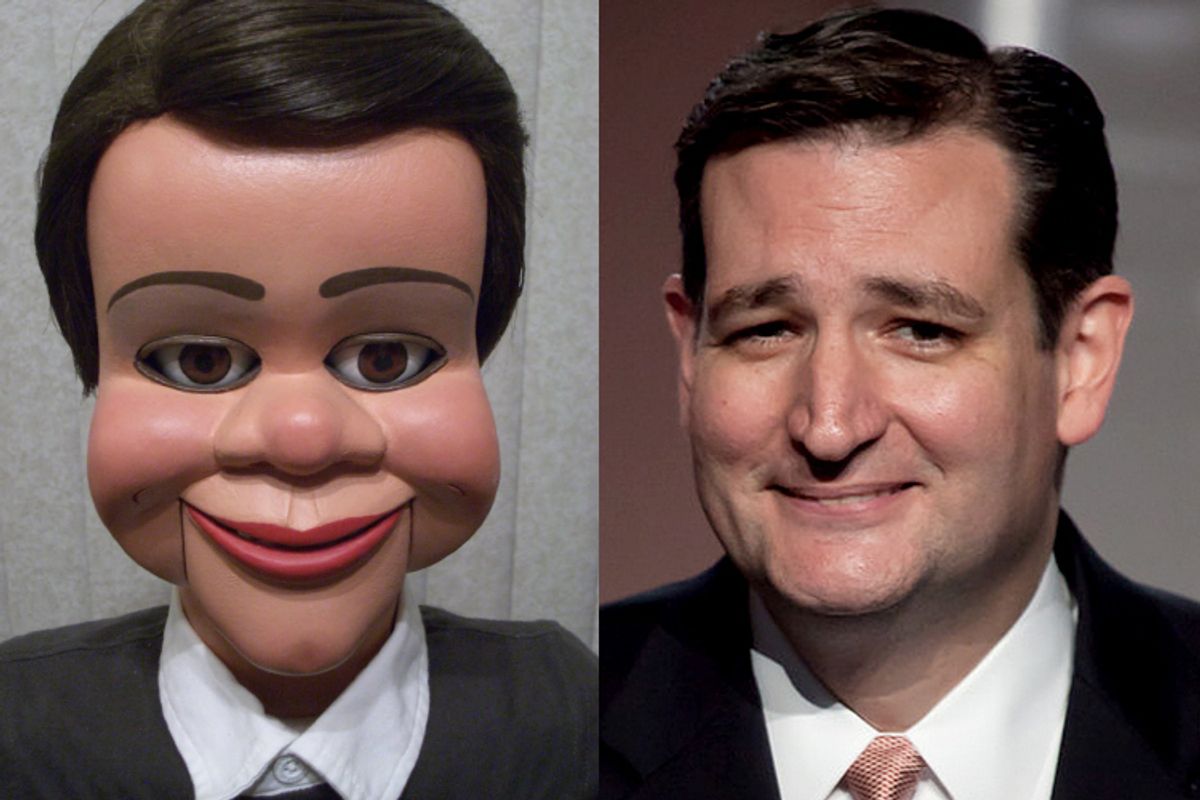 Why Is Ted Cruz's Face So Unsettling? SCIENCE

We've already made note of the widespread contempt for Ted "Butt Sweat" Cruz among his opponents, his fellow party members, his college roommate, and probably also animals and inanimate objects. While the Texas senator's loathe-ability was once merely a widespread truism, now, thanks to Psychology Today, it's a scientific fact.

In the article, neurologist Richard E. Cytowic, analyzes what he refers to as Cruz's "atypical" facial expressions. Lest this seem like nothing more than a petty partisan dig, Cytowic notes that he "is not a Democrat" and that he finds Cruz to be a "brilliant orator with a sharp legal mind." The point of the article, he insists, is simply to figure out, on a neurological level, what it is about Cruz's Grandpa Munster face that so unsettles him.

To explain the unusual nature of Cruz's facial expressions, Cytowic focuses specifically on the candidate's smile. First, he describes what constitutes a typical genuine smile: the corners of the mouth turn upwards and the muscles around the eyes contract involuntarily, narrowing the eyes and forming crow's feet.

He then describes Cruz's face:

"No matter the emotional coloring of Senator Cruz's outward rhetoric, his mouth typically tightens into the same straight line. If it deviates from this, the corners of his mouth bend down, not upwards. The outside of his eyebrows bend down, too, when he emotes, something so atypical that it disturbs me. Typically a person's eyebrows arch up, as does the corrugator muscle that furrow the forehead. What is such a downturned face signaling?"

He suggests that readers google "Ted Cruz smiling" to see an example of what he means.

Right on the money.