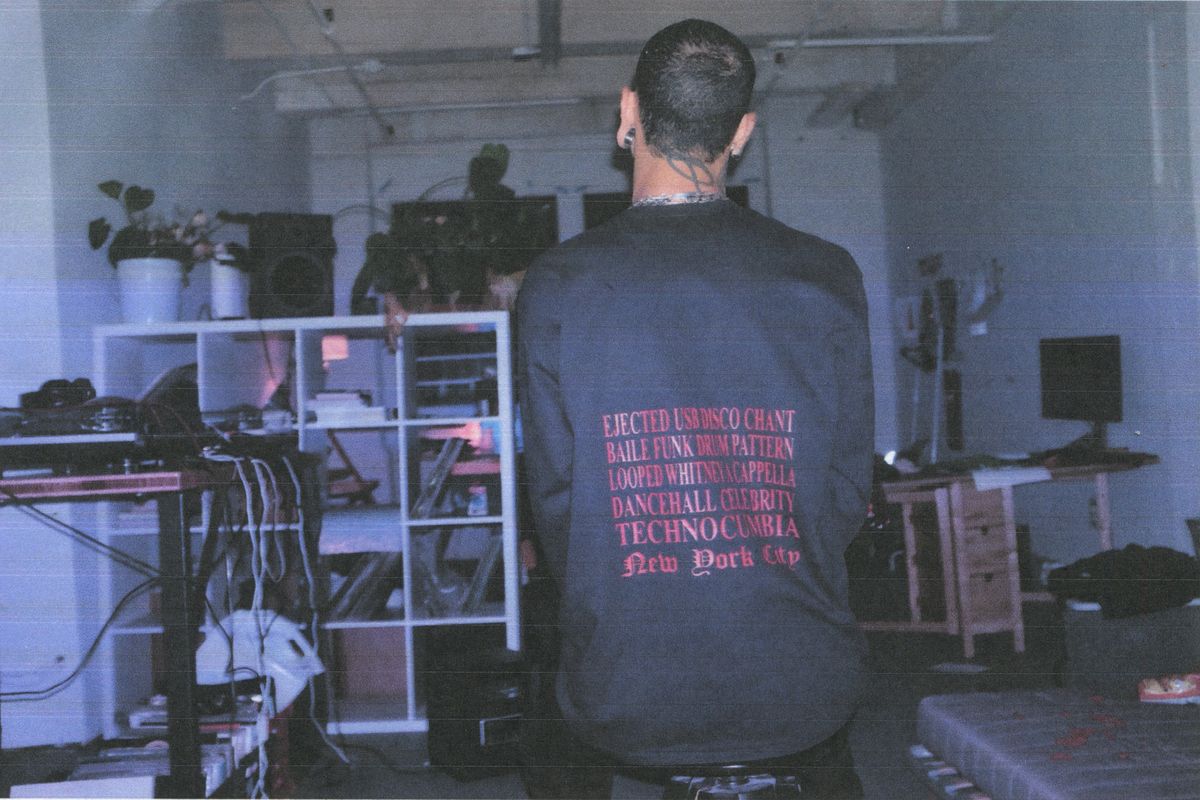 When New York nightlife icon and DJ Joey LaBeija announced that he was entering a "new situation" earlier this year, fans and patrons of club culture everywhere gagged. Enter Techno Cumbia, LaBeija's answer to a nightlife scene that was beginning to lose its sense of verve, inventiveness, and spontaneity.

The party, which premiered February 3 at El Manaba — an Ecuadorian restaurant by day, 400-person dance club by night in Ridgewood, Queens — has been notable for its banning of cell phone and social media use. That idea, along with the event's changing locations for those who have been following, harks back to old-school NYC philosophy of going to the club to dance and socialize without distractions. I can imagine that if smartphones with cameras were popular in the '80s, everyone would throw you endless shade for being tacky if you stopped twerking just to take a selfie of the moment.

Of the new venture, LaBeija told PAPER that the party was initially was planned for monthly frequency, but in light of the fabulous (maybe too-fabulous? Is there such a thing?) turnout, they decide to throw it less often and focus on more creative endeavors.

"It led to us slowly working on designing these shirts to feel like an extension of the party," LaBeija says. "Considering the culture around streetwear, we wanted to subvert those expectations by creating very limited runs of each design. In many ways, we are really just experimenting with the whole thing. We have a very DIY philosophy which is why everything is handled, designed and physically made by us and we're having this sale in the studio where we make everything. There's no real formula for how we want to run Techno Cumbia but we do know we want to keep things impulsive."

So in the spirit of DIY spontaneity and creative fluidity, LaBeija and his cohort have designed a range of iconique t-shirts that they will be selling from 2-7pm this Sunday, May 6 at 1040 Metropolitan Avenue in Brooklyn, New York. Free catering will be provided by Mission Chinese Food, so you can sample some deliciousness while you try on some deliciousness. (Maybe to wear to the next Techno Cumbia event, because it's the right thing to do).