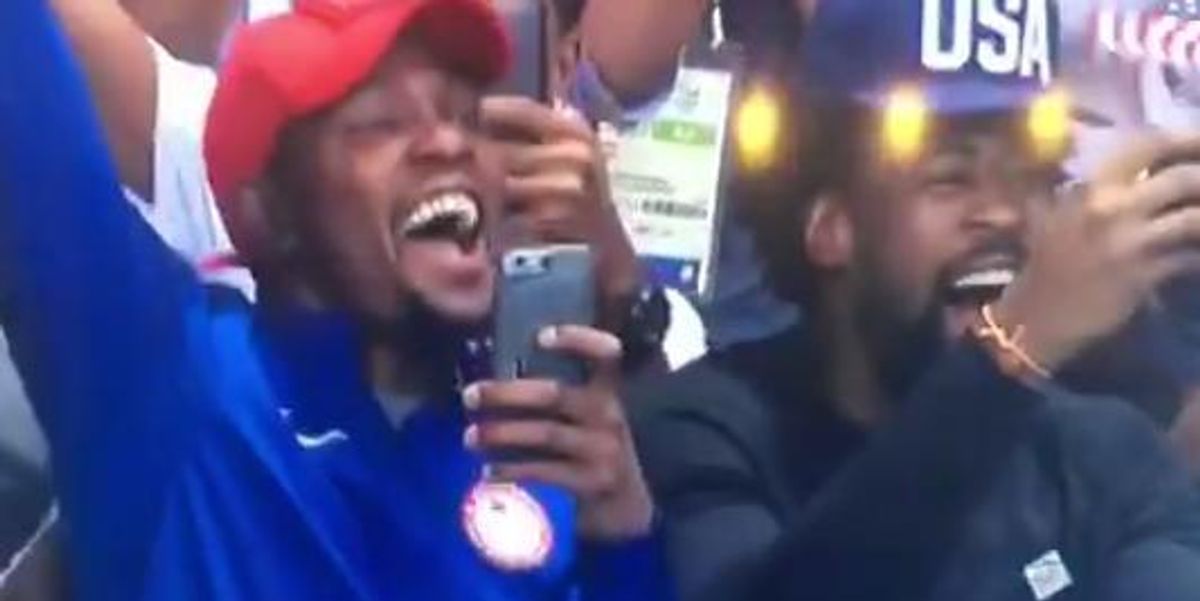 Last night, following Katie Ledecky's unbelievable first place (and gold) in the women's 200 freestyle, Michael Phelps fulfilled his destiny to win the 200 butterfly against South Africa's Chad Le Clos (who beat Michael at the London Olympics in 2012) and attaining his TWENTIETH gold medal.

While the world cheered on, no one was more excited than a few of Team USA's basketball contingent (including some of the NBA's greatest all stars) who showed up with their game faces on to cheer on the swimmers.

The ball stars hung out with the Olympic swimmers not in an event that night, who were clearly just as pumped to be around these legends.


Thanks #TEAMUSA basketball for joining us for another INSANE night of swimming! pic.twitter.com/GRHY7Vb4x6
— Kelsi Worrell (@kelsiwhirl) August 10, 2016

NOTHING, however, matched this moment, when Durant and Jordan freaked out after Phelps touched first.

It's just a Maryland thing!! #swimunited @kledecky
A photo posted by Kevin Durant (@easymoneysniper) on Aug 9, 2016 at 8:28pm PDT

Durant and co. make even the tallest swimmers look tiny as hell.

Showing love! That's what it's all about . With my brothers

This is what it's all about.