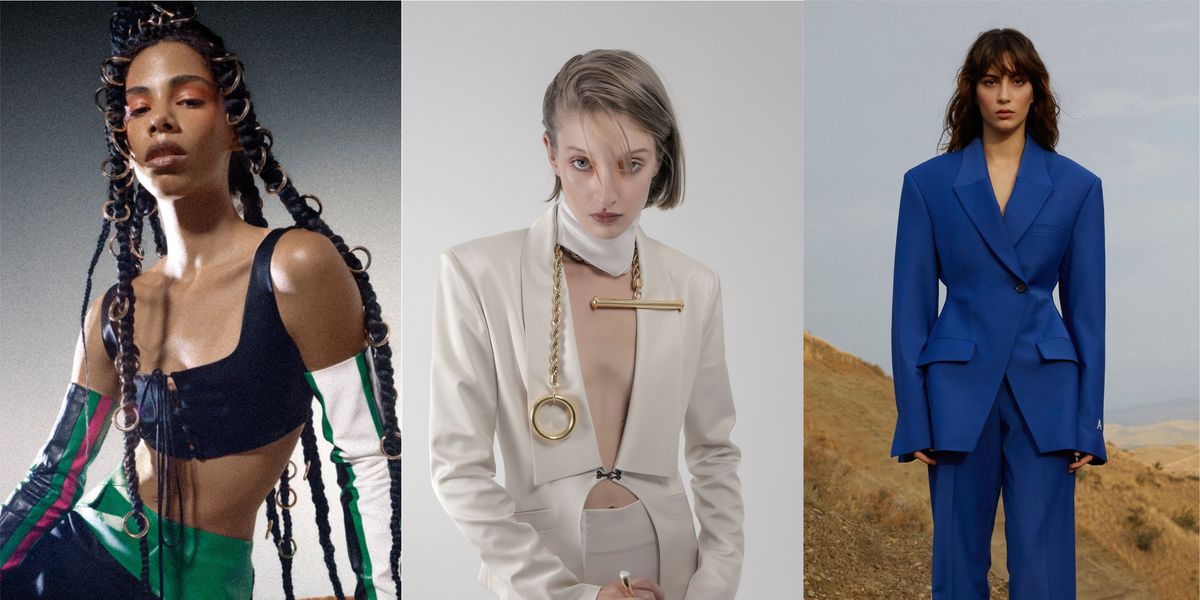 How Tbilisi Fashion Week Put Georgian Designers on the Map

It seems there's a Fashion Week everywhere these days — at least, before this year — all vying for their share of attention given to the Big 4 capitals. Mercedes-Benz Tbilisi Fashion Week, which first burst on the scene five years ago, is one of those seemingly random cities that have somehow managed to draw a global crowd with each showcase.

The former Soviet nation is an unlikely hotbed for emerging talent, but it's already built a reputation for helping launch the careers of brands like Situationist and George Keburia, who have gone on to be picked up by stockists around the world. (Georgian designers Demna Gvasalia and David Koma have long been household names in fashion circles.)

With the pandemic continuing to loom large, however, the next season of Tbilisi Fashion Week is forced to go digital, a setback for local talent who count on international press and buyers to visit the tiny country in person. Given these new circumstances, MBFW collaborated with the Georgian Fashion Foundation on the opening of a new fashion incubator where designers, artists and photographers can show their creations.

An advisory board of industry veterans including the CFDA's Steven Kolb, FIT's Valerie Steele and PAPER's own Mickey Boardman has been assembled to help assist these local brands during this period. For the new online showcase, 20 designers will return to present their Spring 2021 collections including Janouki, Materiel, Janashia and Lado Bokuchava, with many more showing for the first time.

Ahead of the platform's digital reveal on November 19-22, PAPER caught up with Mercedes-Benz Fashion Week Tbilisi founder Sofia Tchkonia to discuss the influence of Georgian fashion, how their program is adapting amidst the pandemic and why she decided to launch a new creative incubator.

I'd love to first start by getting a sense of what the fashion scene in Georgia is like and how the landscape has evolved over the years.

Georgia is quite a small country and not so well known in the world. We have many talented designers and creatives, but the situation is very difficult in terms of the political and economic landscape which have always been a big distraction. We had the elections recently and it didn't go so well, so now we have protests going on in the streets and we're continuing to see rising COVID-19 infection rates. It's always something happening in Georgia — war, revolution, political changes. It feels like I've been living in this kind of situation for 30 years now. It's unfortunate that we're getting used to these kind of things, but we are. And nobody pays attention to the creative part of the country. There are so many talented designers, photographers, artists, filmmakers. That's why I decided to launch this kind of project.

Let's go back a bit. How did the framework for a Fashion Week in Tbilisi first come about?

I approached Mercedes-Benz about it and they gave us the name. But the sponsorship and financial part was only on me because it was very difficult to prove that we have fashion designers worth investing in to make this event happen. I had to start from zero to build everything, talking with the designers and explaining that we can make it happen. I'd say, "Buyers from all over will come and you will be noticed if you work hard." And it's been going on ever since. It's a big step forward because there has been a lot of press coverage about Georgian designers. A lot of celebrities started to wear them and they finally started to sell globally. So that was the idea behind the project.

What was your background before all this? Were you always interested in fashion?

My main profession was a film critic doing documentaries. I was not involved in fashion at all. Then I decided to create this festival for the contest of fashion and art in Georgia. It awarded a scholarship for talented people to study abroad. And then the idea of the Fashion Week came, because all these designers, which were financed, needed to take the next step. But it was impossible for them to find their own place in Europe or in other countries because there were visa restrictions and many other things. And so we decided to make the platform in Georgia, where other people would come from different countries to see us present and promote Georgia through art and fashion.

How have your Fashion Week plans been affected by the pandemic?

In May, we were planning to do the physical because we didn't have so many cases here. So we were thinking to do the fashion week, but then suddenly everything was locked and we couldn't, and this season we have to do everything online, unfortunately, Because for us it's important to have the physical presence of the people, especially international press and buyers, because they don't know anything about Georgia and our fashion designers. So when they travel and we introduce them to many different kinds of things in Georgia and fashion, they have the clear idea what we're talking about. And this way, it's very complicated for us. We have to do everything digital, but we are waiting when everything will be much more quiet so we can invite all the people and do the shows.

Is there an overarching theme when it comes to Georgian style and aesthetics?

Yes. Before, when I started, there was no aesthetics at all, what I was seeing, because it was so little. Then when we started, the first two seasons was when Demna Gvasalia was appointed at Balenciaga, and he's Georgian. All the designers started copying him and everything. But now each of them have found their signature. It's a completely different story now and they don't look like any other brand. You can say yes, maybe something in common, but you can tell they have their own style. It's kind of unique. Yeah. It's hard to say how to describe what it is, but it has something Georgian in it. It's not always dark, black and gray anymore, which was the color of Georgia before now. It's quite colorful and different from what you see on the catwalks around the world.

There's also an arts, culture and fashion creative incubator that you guys launched. Can you tell me how that came about?

The Coca-Cola factory has been here since 1993 and it's a private space. It's 27,800 square meters with different buildings. And when they built the new factory, this space was empty, so they didn't know how to sell it or what to do with the space. When I saw the space I knew I wanted to do something here. We don't have good fashion design schools and art schools here. So I thought that maybe it will be good to do with international teachers. We want to bring as many people from different countries as we can, artists, designers, photographers, who will make workshops, seminars, exhibitions, collaborations, and many, many things. So I really think that it will work very well for the creative industry in Georgia, because they will have the opportunity to meet new people, to create new products, and we all will also help them in many, many aspects, like find financial support for them, or give spaces for free.

What's next for you as we head into an uncertain 2021?

We'll keep our projects going and more intensively than before, because it's very important. We don't have so much time. I'm sure that, with all these projects together that we're creating now, we will put ourselves on the global map because my ambition, first of all, is that people know about Georgia, because it's not easy when you're traveling and people ask you where you're from and they don't know where this country is. When you say the name of the country and people are confused, that's really not pleasant. So with creative people and with fashion and art, we have a good one. I think they can be the best ambassadors for the country.