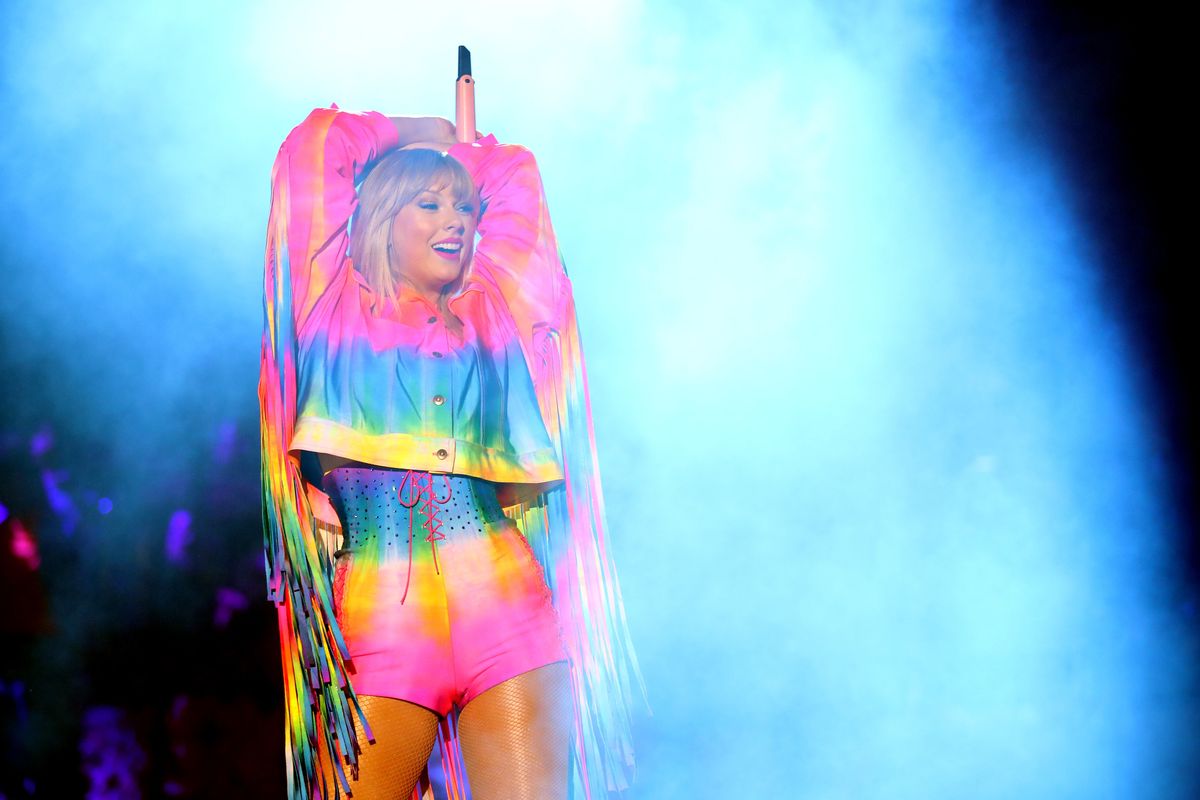 It looks like Taylor Swift's gathered all her friends in the LGBTQ+ celebrity community for her latest music video. On Saturday, Tay Tay teased fans with a preview of her new MV for her single, "You Need to Calm Down." The short clip shows all the names of just some of the people we should expect to make appearances in the forthcoming video.

Some of Netflix's Queer Eye Fab Five, Adam Lambert, Jesse Tyler Ferguson, Laverne Cox, and others have also shared the teaser on their social media channels. So far, we know that also among the celebs who will be making cameos are RuPaul, Ryan Reynolds, Billy Porter, Dexter Mayfield, Ciara, Justin Mikita, Todrick Hall, Hayley Kiyoko, Adam Rippon, and Chester Lockhart.

In the short video, Taylor also indicates that more of her famous friends will be spotted throughout her LGBTQ+ anthem.

Aside from the list of guest appearances, the end of the clip also shows the pop singer floating around in a pool. Maybe "You Need to Calm Down" will be one huge poolside party? Before posting the video, Taylor also posted a photo of a table set for a tea party, captioned, "Tea time! Monday morning!" So our guess probably isn't too far off.

Looks like we'll have to wait until Monday morning to see who else is all for this new rainbows, sunshine, and LGBTQ+ flag-raising T. Swift image.