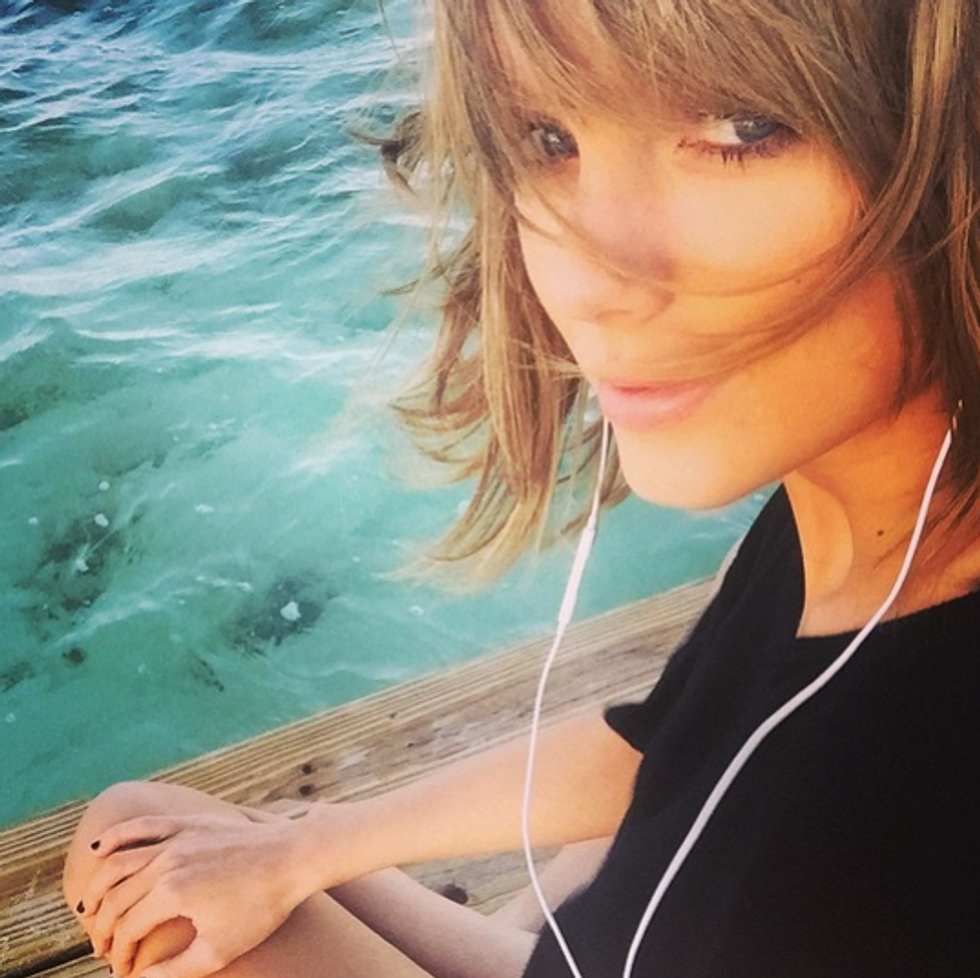 Poor Taylor Swift. The newly-minted New Yorker was probably looking forward to spending her snow day drinking lattes and playing with her cat but now she's got a cyber crisis on her hands: both her Twitter and Instagram accounts were hacked by the Lizard Squad! The creepily-named group took responsibility for North Korea's Internet shutdown last month and are alleged to have gone on the pop star's Twitter account to ask her fans to follow their leader, @Lizzard, and @veriuser, another Twitter user likely affiliated with them. They also are thought to have posted weird pics to her Instagram, including a shot of a guy on the toilet.

After the singer confirmed on her Tumblr that her accounts were hacked, Team Taylor was quick to shut the whole operation down, and both @Lizzard and @veriuser's accounts were suspended -- but not before @Lizzard boasted that he'd release some nude photos of the singer if someone offered to pay him in Bitcoin. Swift quickly called his bluff, tweeting, "PS any hackers saying they have 'nudes'? Psssh you'd love that wouldn't you!" once she regained access to her account.