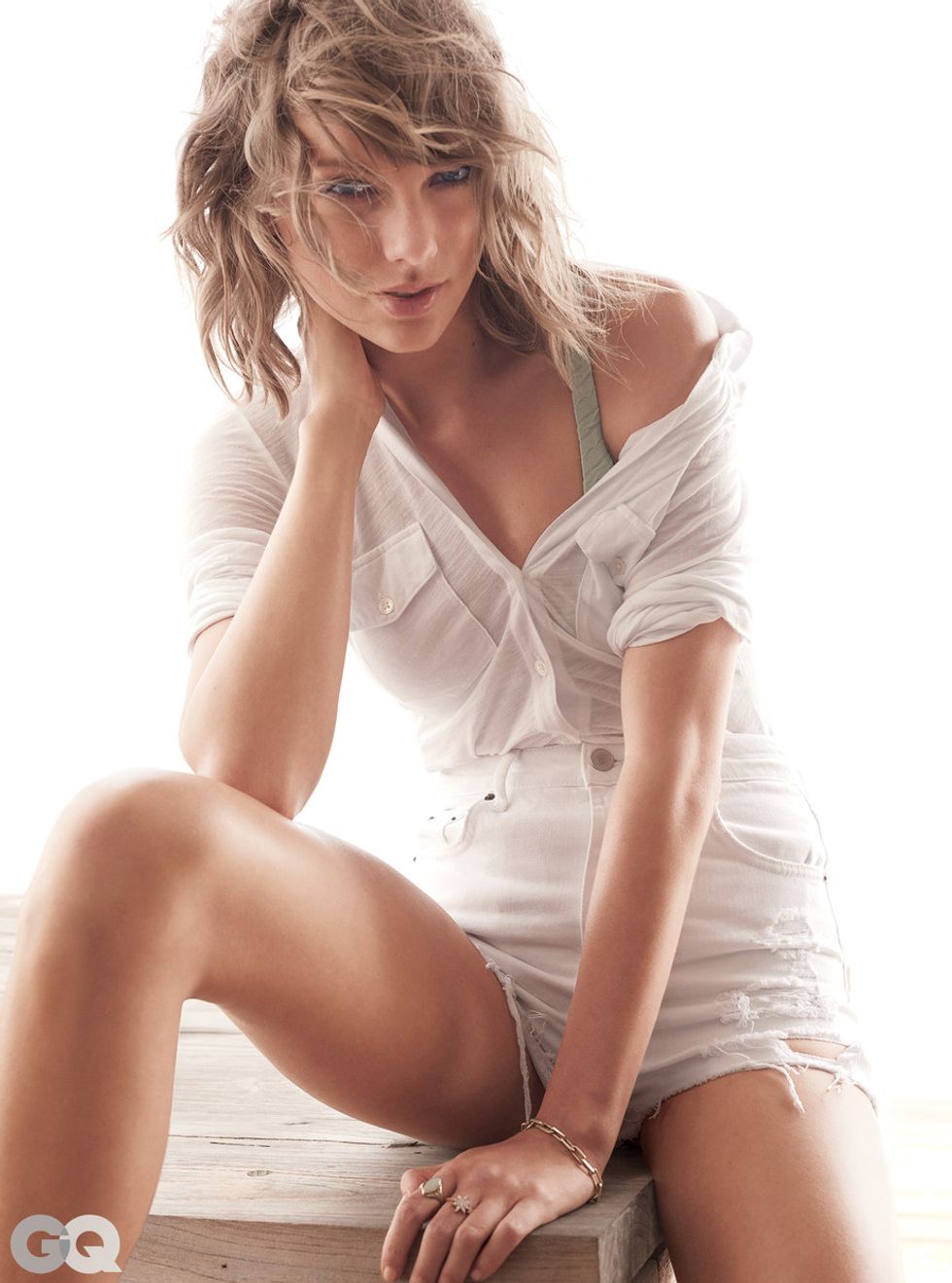 The most famous not-so-country-singer-turned synth-pop-overlord in history, Taylor Swift, sat down with GQ's Chuck Klosterman to talk about herself.

Calling her "the most significant pop artist of the modern age," Klosterman attempts to permeate the Swift Machine, gaining some truly illuminating and bizarre quips about her life -- past and present, and her aversion to culture's (mostly) unfair perception of her as calculating.

One thing is very clear while reading this: Ms. Swift is in absolute control of the interview, and everything else in her life.

Some of the interviews highlights:

(on the "calculating" label)
"Am I shooting from the hip?. Would any of this have happened if I was? In that sense, I do think about things before they happen. But here was someone taking a positive thing--the fact that I think about things and that I care about my work--and trying to make that into an insinuation about my personal life. Highly offensive. You can be accidentally successful for three or four years. Accidents happen. But careers take hard work."

(Deus ex Timberlake)
Just as she tells me this, her cell phone rings. The display panel says the incoming call is from J TIMB. "Oh, my God. Justin Timberlake." Her surprise does not seem artificial. "Can I take this? "She takes the call. The volume on her phone is loud enough for me to intermittently hear both sides of the conversation. Swift explains that she's driving to her house, but that she can't actually stay there because contractors are renovating almost every room. "Have you ever seen the movie The Money Pit?" asks Timberlake. She has not, so Timberlake provides a capsule review.

(Taylor is perfectly aware that you and the rest of the world doesn't say she stays out too late)
"'Shake It Off' is one of my most successful songs, and that has nothing directly, intricately, pointedly personal in it. No one really says I stay out too late. I just thought it sounded good."

(Taylor is watching. Always.)
"I monitor what people say about me, and if I see a theme, I know what that means."

(She has good taste)
"(Her favorite episode was the one about the Bangles.)"

(Holy shit)
"When other kids were watching normal shows, I'd watch Behind the Music. And I would see these bands that were doing so well, and I'd wonder what went wrong. I thought about this a lot. And what I established in my brain was that a lack of self-awareness was always the downfall.

(the famous friend addiction makes sense)
She tells a story about middle school, when she called several of her peers on the phone and asked if they wanted to go shopping. Every girl had a different excuse for why she couldn't go. Eventually, Swift's mother agreed to take her to the local mall. When they arrived, Swift saw all of the girls she had called on the phone, goofing around in Victoria's Secret.

Taylor Swift, going to the better mall since 1989.