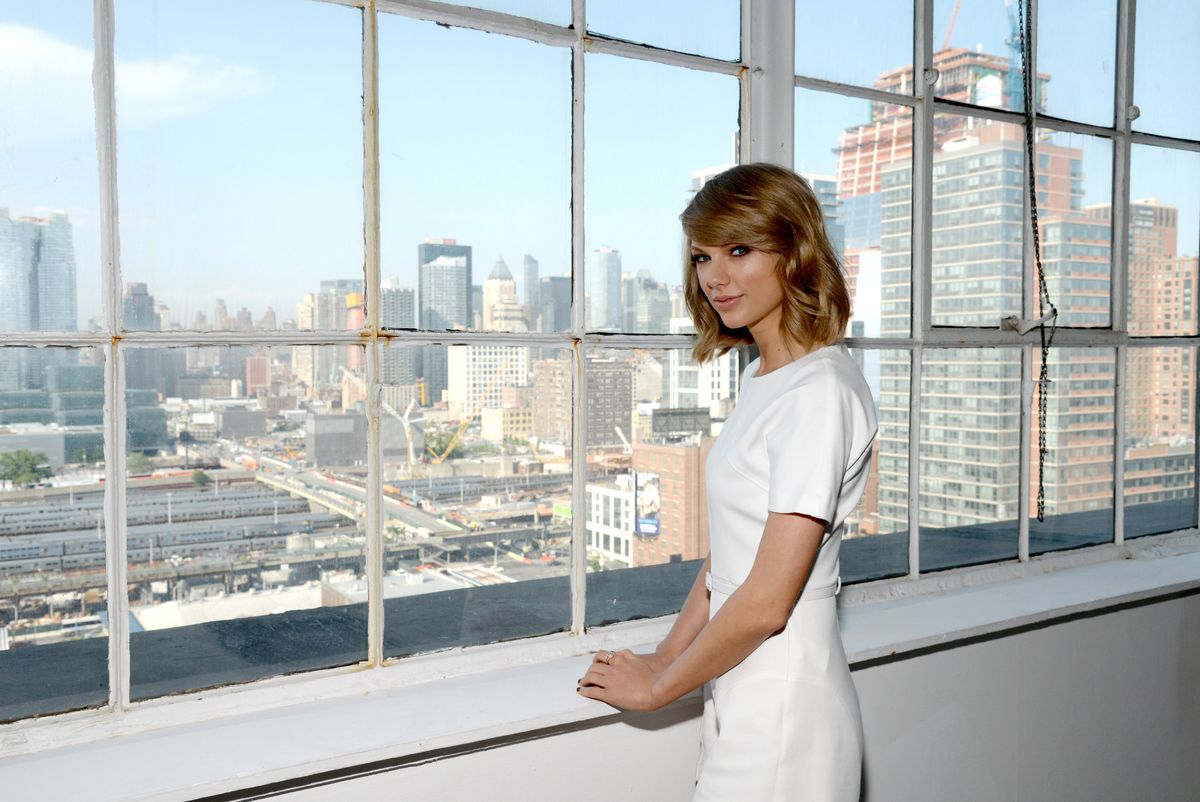 Does Taylor Swift Travel Now in a Suitcase?

"Where in the world is Taylor Swift?" is a question many the publication has asked repeatedly post-Kim Kardashian's Snapchat reveal of receipts of Taylor on the phone with her husband Kanye about those problematic lyrics from "Famous" prior to her public denouncement of the song.

Taylor retreated from the spotlight into the dark depths of her Tribeca apartment. The star went on a social media hiatus and has only released one single in the past year — a collab with Zayn Malik for the 50 Shades franchise. Paparazzi went unsatiated this summer as they camped outside her holiday home where Taylor traditionally held her Fourth of July party for her "squad." The only posts on Taylor's Instagram have mostly been in support for (dare we say, former?) squad members. No one sees Taylor come and go, leading us to wonder, does she go at all? And if so, how does she leave unnoticed?

Enter the suitcase. A large box with wheels plausibly large enough for a rail-thin, six-foot woman was seen being carried out of Taylor's building by two burly men and a project manager-type into one of her cars. Photo site Splash News captioned the photo: "Taylor Swift being transported in a huge suitcase from her Tribeca apartment into her truck." You can view that image right here. In fact Spin1038 points out there was nothing less of a fleet of cars outside the songstress's apartment, including two large Cadillacs and three SUVs.

So is this how Taylor has been evading the spotlight all along? By slipping in and out in a large suitcase? Has she been playing us for fools? Uncoiling herself when in the safety of her SUV and living her life as a mere civilian? I suppose we are never to know.

Notwithstanding, I do suspect this means we will not have to wait long for the big reveal of Taylor Swift 2.0 and I, for one, cannot wait.