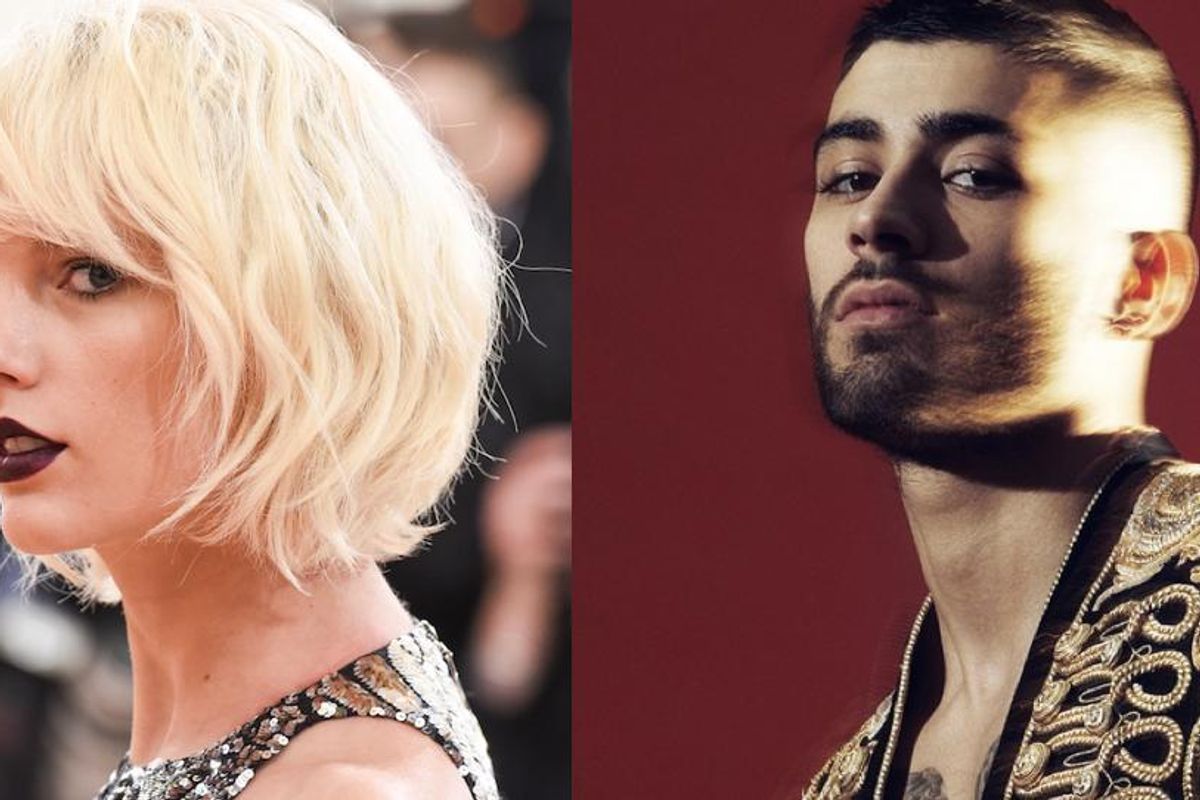 Taylor Swift and Zayn surprised (?) the world last night by releasing their joint effort for the Fifty Shades Darker soundtrack, "I Don't Wanna Live Forever." They unveiled some cat-laden behind-the-scenes photos to make their respective fandoms shit themselves:

As well as a new trailer for the sequel (which, as we know, co-stars one of TayTay's newly-minted posse-mates, Dakota Johnson):

The 80s-tinged crashing drum machine (co-produced by Jack Antonoff) features the two crooning declarations of luurve and lust and laments of mortality naturally.

Not surprisingly, it's doing pretty well on the charts, already.

You can stream it via Apple below.