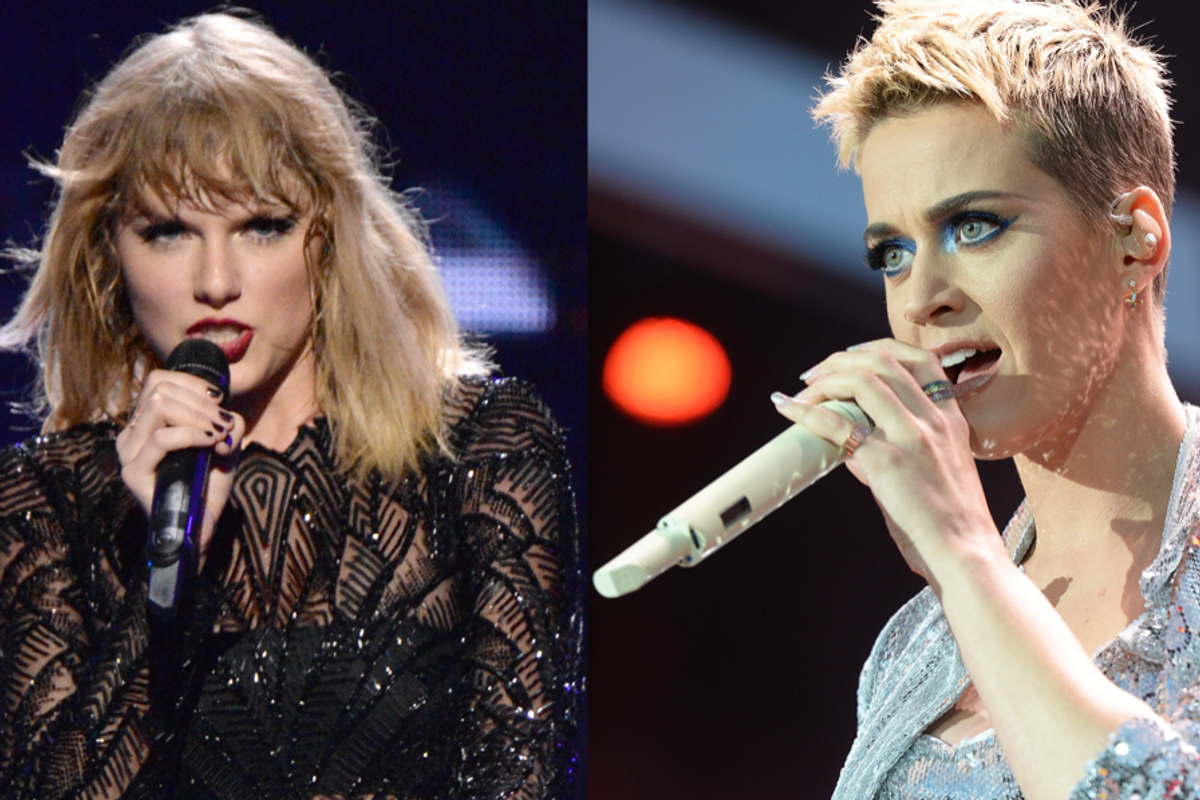 The pettiness in the heavily drawn-out feud between Taylor Swift/Katy Perry, two adult human women, seems to have reached its peak: Taylor has re-released her music to Spotify, the day Katy Perry's much anticipated album Witness dropped.

Let's recap. You might remember Taylor made a big song and dance back in 2014 about removing all her music from Spotify, penning an op-ed for the Wall Street Journal denouncing streaming for lessening album sales. You'll also be aware that Katy aired all her and her fellow pop star's dirty laundry on Carpool Karaoke with James Corden earlier this month, (which was, in fact, all over a few back-up dancers) and further clarified it in her interview with NME out tomorrow.

Now Witness, the album that Katy Perry seems to have been promoting for the last century, is finally here. It also apparently coincides with Taylor selling 10 million copies of 1989 worldwide, for which "Taylor wants to thank her fans by making her entire back catalog available to all streaming services tonight at midnight."

Coincidence? The Internet doesn't think so.