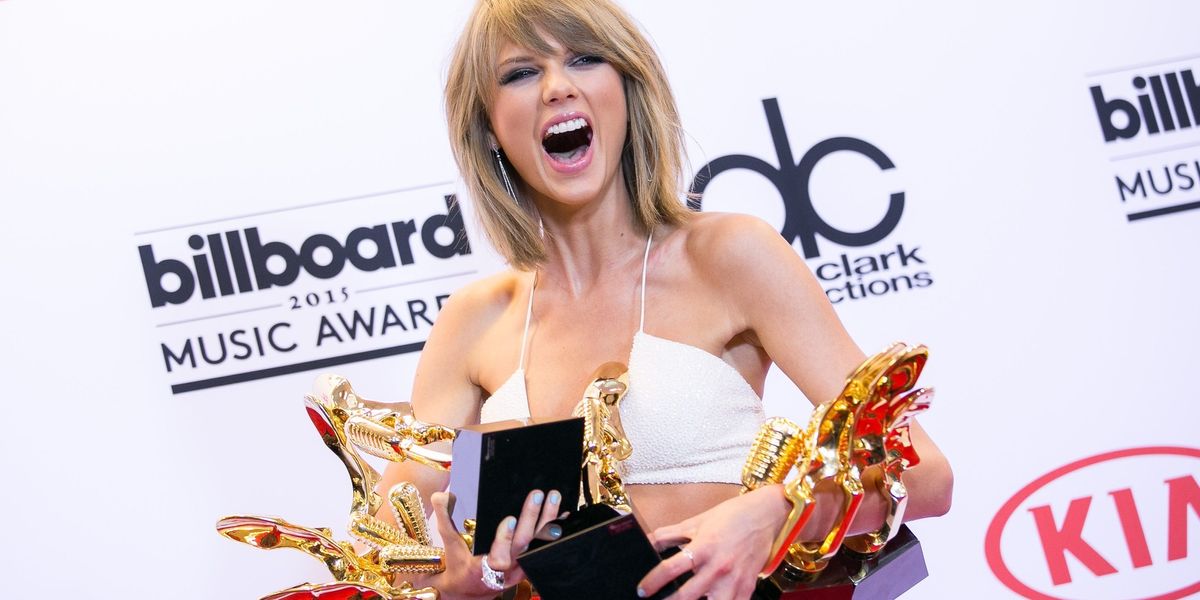 Taylor Swift is no stranger to accepting awards. She's won buckets of Grammys, enough Moonmen to start a lunar colony, and could basically sleep on a bed of platinum and gold records. Now she will be the recipient of an award to cap all awards: one named after herself.

Today BMI announced that their May Pop Awards would see Swift receiving her eponymous hardware. The last time they handed out an awrad named for an artist, it was to Michael Jackson in 1990. "Taylor Swift has transformed pop culture through her songs, artistry and indomitable spirit," said BMI executive Barbara Cane about the award. "She has had a profound impact, not only musically, but also through her personal conviction and commitment to create a standard that values and respects music for everyone. We felt it appropriate to award Taylor with an honor that is as unique and special as she is." But the real question is, when Taylor Swift is announced as the winner of the Taylor Swift award, will she still give us her signature Surprised Award Face?