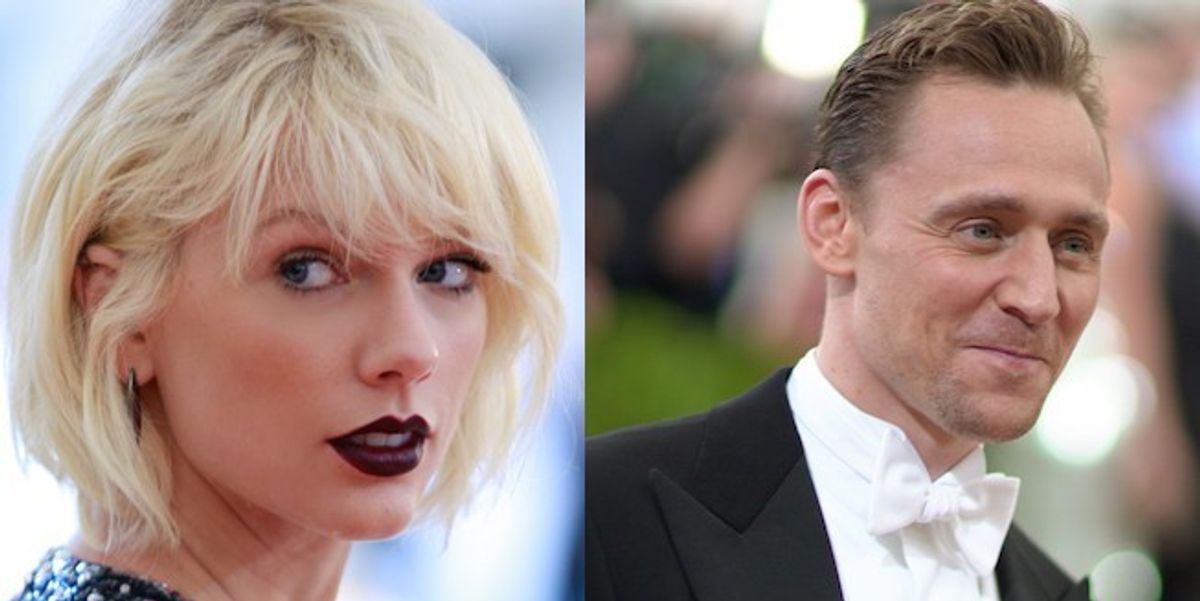 The lovers were captured dancing side-by-side in a Snapchat taken by the boyfriend of Swift's childhood best friend Abigail, and immediately flung into the cyber-verse.

Fans, gawking at the two beige demigods from below, shared their views of their true, not-at-all manufactured relationship.

Peep Tom, coyly dancing in a blue Oxford cloth, serving you "The fuck am I doing here" vibes.

Tay threw them some breadcrumbs...

Thank you @taylorswift13 for waving. We know you're trying to enjoy yourself. pic.twitter.com/lzsdRpAcgR
— Alyssa Gatlin Hall (@AlyssaLeeGatlin) June 22, 2016