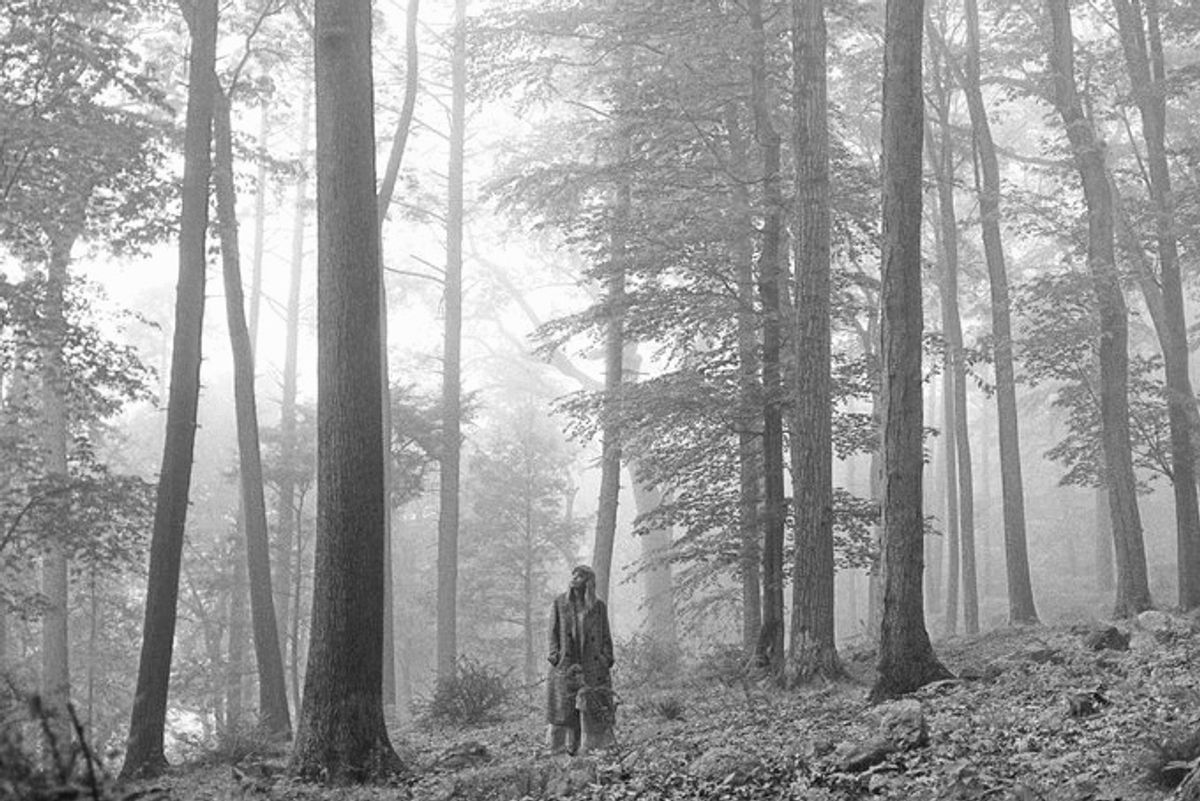 Never, ever count Taylor Swift out. While the rest of us (save Charli XCX) were crying into our pillows, she's gone ahead and recorded an entire quarantine album. According to the artist's social media, folklore drops midnight Friday July 23. All original songs.

It sounds like folklore heralds a new direction for Taylor, although it's still somehow impeccably on brand for a songwriter who has long been obsessed with fairytales and mythology. The presumably acoustic-leaning LP features the likes of Bon Iver (!?) and The National's Aaron Dessner (!!?). Basically, the exact kinds of musicians she once cheekily referenced in the iconic "some indie record that's much cooler than mine" line from Red's "We Are Never Ever Getting Back Together."

Going off those features and the album artwork (a very Pacific North West vibe, shot by Beth Garrabrant) alone, we can expect Taylor to get really in her feelings on this one. Whereas her seventh album Lover was poppy and upbeat, these songs will likely be sadder and slower, with an indie folk lilt. Although Swift says she also worked with some usual suspects like Jack Antonoff and Laura Sisk, so there'll still be hooks aplenty.

We are incredibly proud of the collaborative work @taylorswift13 & @aaron_dessner have created together on her new… https://t.co/KTslA31ugd
— The National (@The National)1595507928.0

She's "poured all of my whims, dreams, fears, and musings" into this one, and we can't wait. See you on the Spotify app at midnight.