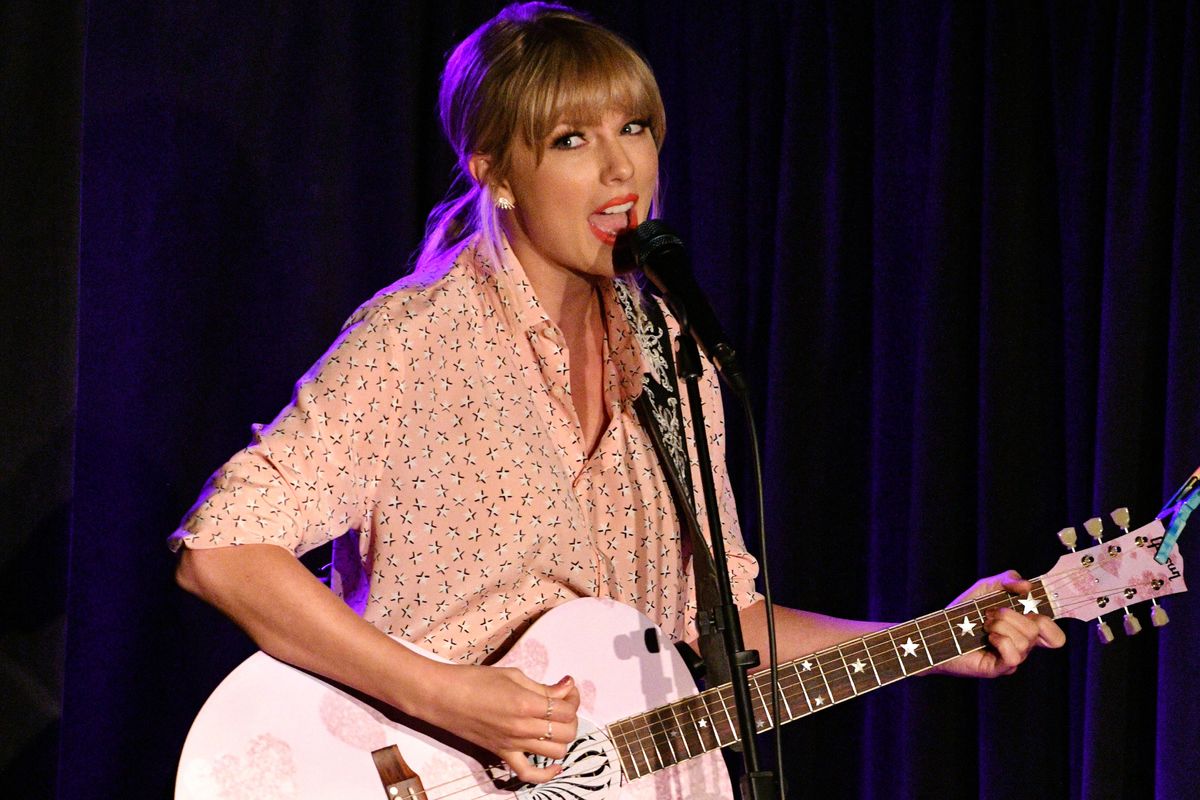 On Friday night, Taylor Swift unexpectedly turned up at New York City's historic Stonewall Inn — a gay bar, which was the site of the 1969 riots that launched the gay rights movement. The singer took the stage in honor of pride month, and performed some of her greatest hits.

The night was meant for a cabaret night for the 50th Anniversary of the Stonewall Inn hosted by actor Jesse Tyler Ferguson, but the Modern Family cast member then said that he had a surprise for the audience. He brought out Swift, who was decked out in a pink outfit that matches her new musical era's aesthetic. The singer thought it was appropriate to sing a song centered on the theme of ignoring haters and critics, which also happens to be Ferguson's favorite T. Swift karaoke song,"Shake It Off."

The audience, and of course Ferguson, sang and danced along as Swift played her guitar.

hello me & @jessetyler & @taylorswift13 at the stonewall inn!! WHAT pic.twitter.com/wd2EVuTbhw

I’m so happy I don’t have to keep this secret any longer. Look who came to celebrate the 50th anniversary of Stonewall at the Stonewall Inn. @taylorswift13, you are a gem. Thank you for everything you do for the LGBTQ community. We ❤️ you! 🌈 https://t.co/ICE2b3arxU

Though it was just a short appearance, it seems that Swift has been more active in showing her being an ally to the LGBTQ+ community. Aside from her pink and rainbow aesthetic lately, she's also written to her senator regarding the equality act. Her latest single, "You Need to Calm Down," also has lyrics referring to the LGBTQ+, with the mention of the GLAAD awards, and just talking about telling the haters to calm down.

Watch the full lyric video for "You Need to Calm Down" below.