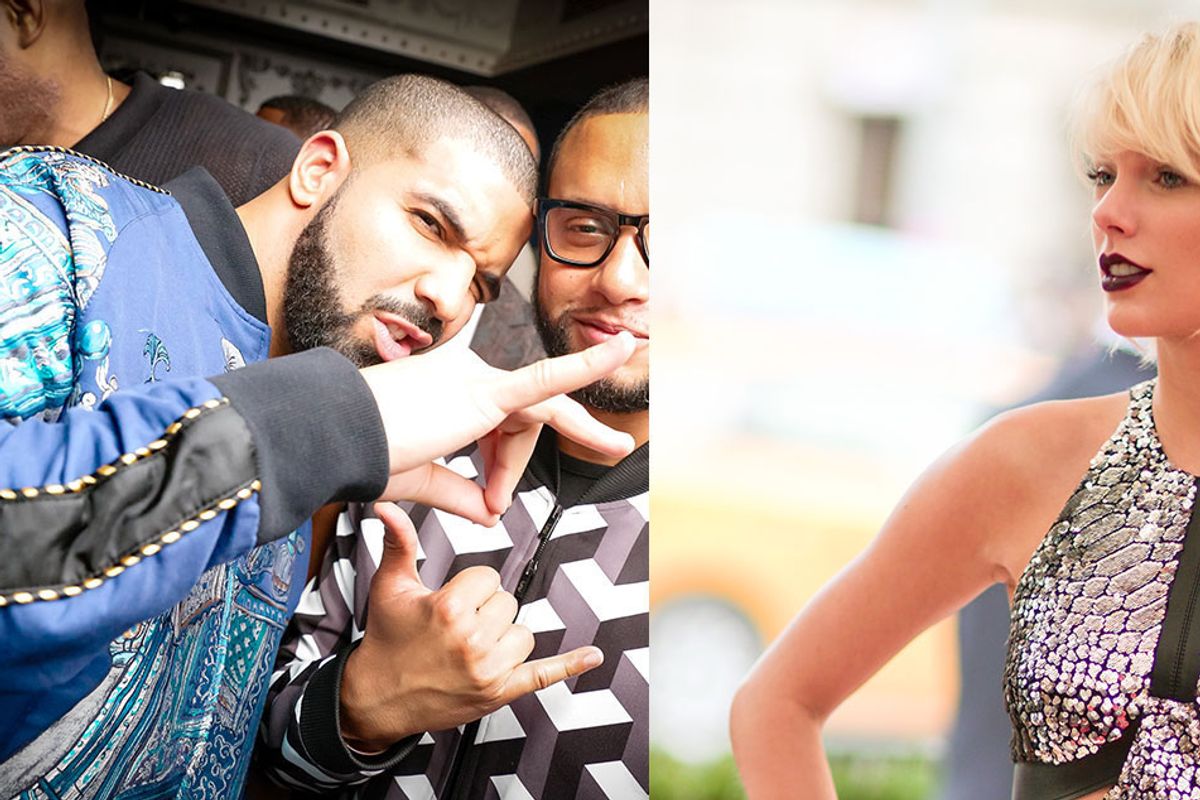 As if last week didn't already prove that we were living in hell, sources are now reporting that Taylor Swift's next album will be a "real mix of edgier hip-hop and R&B sounds." And the man tapped to help her achieve this? None other than rap's own version of Taylor Swift, Drake -- which is funny seeing as how Drake is about as edgy as a butter knife.

"Taylor is always looking at ways to grow as an artist and really wants to try something different and unexpected for the next album," a source told The Sun over our virulent screams for mercy. "She's not afraid of experimenting so is working with a lot of different faces to see if she suits a new sound. The remix of her song 'Bad Blood' had a less pop vibe — especially once Kendrick Lamar featured on it — and was a big hit, so she thinks her fans will like her going in this direction."