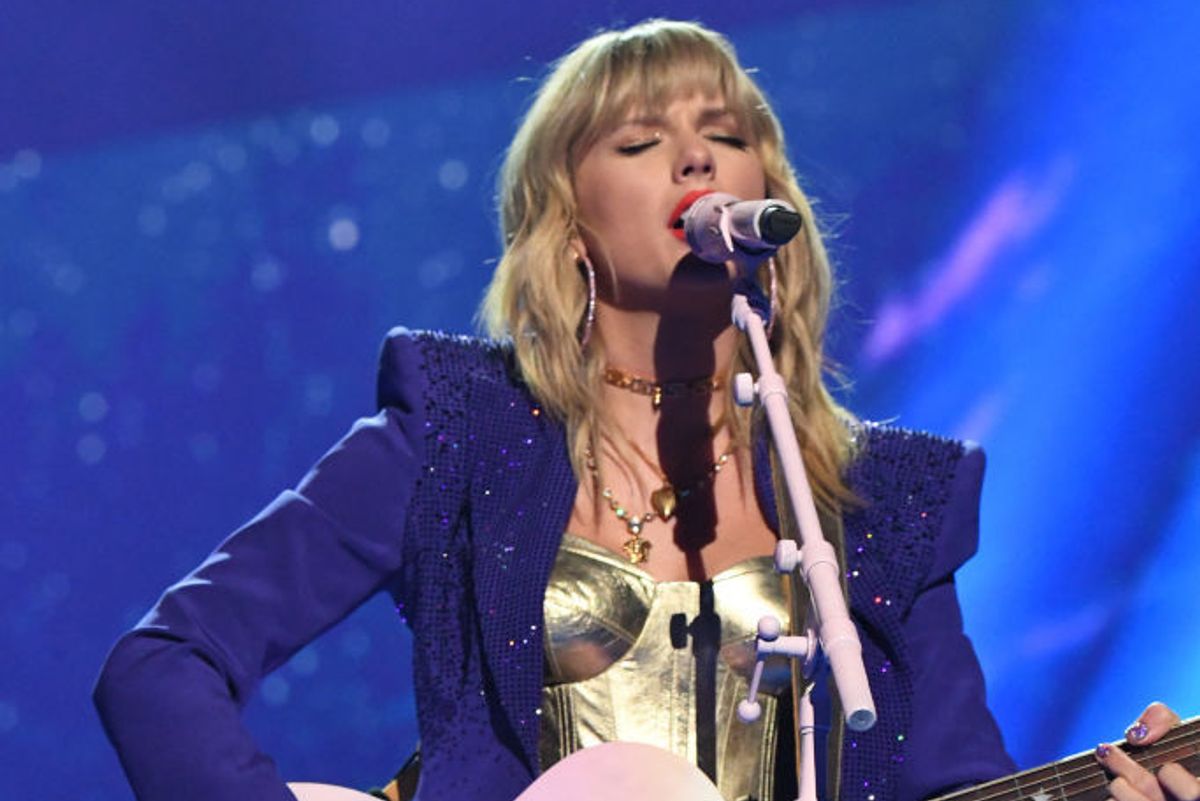 Detractors and fans of Taylor Swift can probably agree on only one thing: she's undeniably an extremely skilled songwriter who knows her craft. In Swift's debut Tiny Desk session for NPR's long-running online series, she showcases her talent while opening up about her songwriting process. Swift performs three tracks from Lover: "The Man," "Lover," and "Death By a Thousand Cuts," and a standout from 2012's Red, "All Too Well."

At the beginning of the session, she opens with, "I just decided to show you guys how the songs first sounded when I wrote them…[Lover is] one of those albums where I wrote everything on one instrument first, so it's fun to pick songs acoustically because they all started out that way."

Here are our favorite moments:

Swift shares her favorite lyrics from the song "Lover."

While sitting at the piano, Swift says about her newest album's title track, "There's a line in the song I'm really proud of. And the line says, 'Every guitar string scar on my hand, I take this magnetic force of a man to be my lover.'" Swift says it's special because she wryly admits that she's spent a lot of time writing breakup songs, and the line is a metaphor "for the times I was learning to play guitar, and play until my fingers bled as a kid, and I still have those marks from that. All those times I was changing a string and it would pop, and I still have scars from that." It's also a larger metaphor to her too, where "you accumulate scars, you accumulate hurt, you accumulate moments of learning and disappointment and struggle and all that. If someone is going to take your hand, they better take your hand scars and all."

Swift reveals the answer to a question she hears often: "What will you write about when you get happy?"

She tells the crowd what happens when she gets happy: she'll still write breakup songs. In saying this, Swift leans heavily into public perception of her as a lover of breakup songs. She even jokes about having an existential crisis when asked that interview question. "What would I do if I was happy?" Swift wonders aloud. "Would I not be able to do the things I love most in the world? Oh my God. Would I not be able to write breakup songs anymore? I love breakup songs.They're so fun to write." The answer she found while writing Lover was that she still could write a breakup song even if it's based on friends' or loved ones' experiences. Lover deep cut "Death by A Thousand Cuts" is one such example of Swift channeling heartbreak through osmosis.

While talking about inspiration not being constant, Swift quips, "There's a really good Elizabeth Gilbert TED talk about that. It's one of my favorite things to cry while watching." A relatable queen who cries to TED Talks, just like us.

She says doesn't Google herself, but every now and then, someone will send her a roundup featuring her music, ranked in order of what's best. "I find it really nice and I'm grateful that people care enough," Swift gushes. This is honestly surprising to hear, since the trend lately with famous musicians seems to be derision toward any sort of ranking or rating (or even just...thoughts). See Lana Del Rey's disparaging comments toward Ann Powers' review of Norman Fucking Rockwell and Lizzo's recent panning of a Pitchfork review of her latest album.

Swift agrees: She thinks "All Too Well" is really pretty.

Toward the end of her set, Swift acknowledges that 2012's Red is often thought of by fans as a cozy, "autumnal record," with "All Too Well" being a longstanding fan favorite. Ending her Tiny Desk concert with "All Too Well" is both a nod to her fans and her legacy.