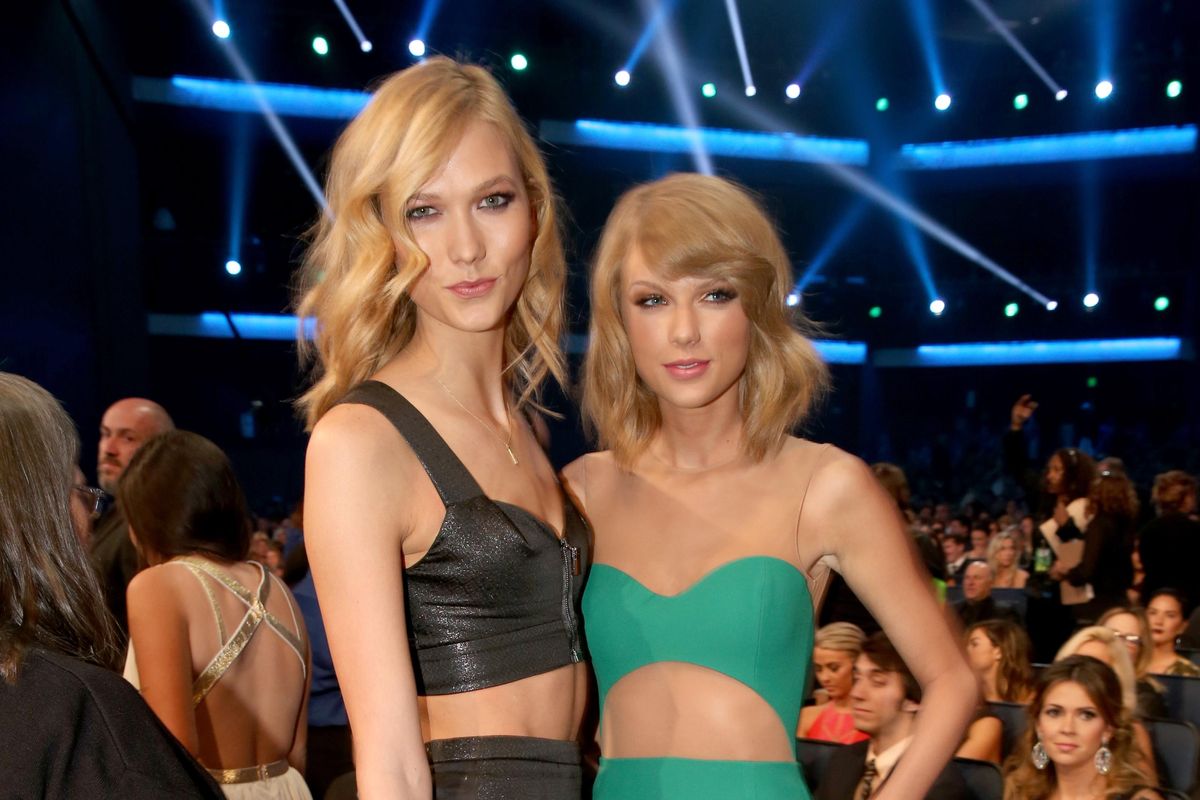 Taylor Swift and her little games! She will never stop hiding easter eggs, and on two new evermore deluxe edition bonus tracks, they're much easier to find than usual. "it's time to go" and "right where you left me" both appear to reference her mysterious feud with former BFF Karlie Kloss, without mincing too many words at all.

Related | Sound Off: 10 Songs You Need to Hear Right Now

Swift and Kloss were inseparable friends during the artist's Red and 1989 eras, frequently photographed together to the extent that an entire section of Swift's fandom started heavily speculating that they were secret lovers. Shout out #kaylor shippers! Keep the dream alive.

The model and singer abruptly stopped hanging out during Swift's public fall from grace, pre-Reputation, post-Kanye West scandal. And while the two have never spoken publicly against each other, Kloss has made no secret of the fact she's now much closer friends with Swift's longterm nemesis Scooter Braun. If you know Taylor, you know that's definitely not cool. (There's also Karlie's very stressful ties to the Kushners and Trumps, but that's a whole other story.)

Announcing the two new songs on Instagram, Swift had this to say: "The first is a song about a girl who stayed forever in the exact spot where her heart was broken, completely frozen in time. 'it's time to go' is about listening to your gut when it tells you to leave. How you always know before you know, you know?"

Pretty ambiguous. But stans are zeroing in on the lyrics and coming up with some much more specific evidence that Karlie is still on Taylor's mind.

On "it's time to go," Swift references a close friendship falling apart due to one party not being honest with the other: "When the words of a sister / Come back in whispers / That proves she was not in fact what she seemed." There have long been rumors that Kloss betrayed Taylor's notoriously strict privacy by gossiping about her with other friends, and these lyrics fit that narrative. Later on the track, Swift sings about how a friend turns out to be "Not a twin from your dreams" but rather "a crook who was caught." Exactly the language one might use to describe Mrs Kushner, no?

The other evermore bonus track, "right where you left me," also seems to reference Kloss in the lyric "Friends break up, friends get married." In 2018 and 2019, Kloss got married in no less than two ceremonies — at least one of which was attended by Scooter Braun, might we add. Swift didn't show up for either.

So there you have it. A lot of room for speculation! But the great thing about Swift's songwriting is that it's as personal as it is universal. Have a listen to these two new tracks and indulge in some nostalgia for your own broken friendships, below.