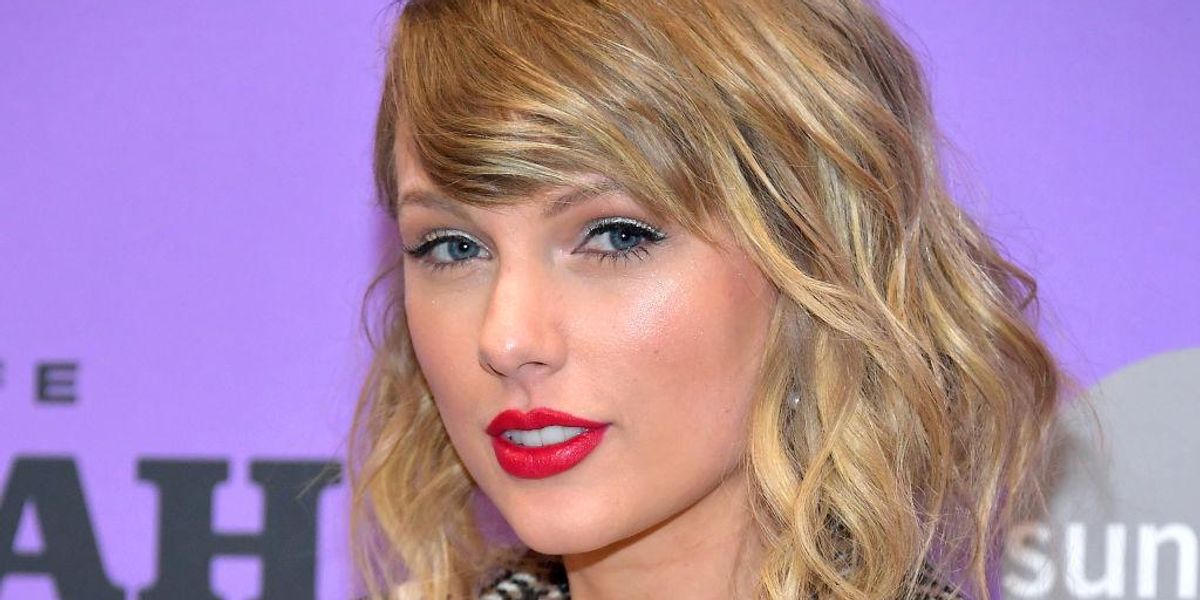 In very 2015 news, Taylor Swift called out Netflix on Twitter today over what she perceives as a "lazy" and "deeply sexist" reference to her dating life.

Swift, a vocal feminist, has taken issue with a throwaway line of dialogue from Ginny and Georgia, a new Netflix Originals show that has the vaguely Gilmore Girls premise of a young mom raising a teen daughter.

The line sees the daughter character Ginny dismiss her mom Georgia's romantic advice by saying, "What do you care? You go through men faster than Taylor Swift." That's presumably a reference to Swift's intense 2010s tabloid era, during which she was criticized for dating and writing songs about a number of high-profile men, from Harry Styles to Calvin Harris to Tom Hiddleston.

Adding insult to injury, Swift points out that last year Neftlix commissioned an entire documentary, Miss Americana, about the misogyny and unfair criticism she's received as a woman popstar. Netflix's social media team is now battling it out with an army of angry Swifties, despite the fact that the streaming service is under no particular obligation to vet all of its shows for anti-Swift content.

And yeah. The logic here is slightly hard to follow, in that the insult towards Swift only makes sense if you think it's bad to date a string of men in a row. Which, for the record, it definitely isn't? Also, as some are pointing out on Twitter, the line of dialogue honestly sounds like the kind of slightly snarky simile that Swift herself is known for including in her lyrics.

Other critics of Swift's tweet wish that she'd bring this kind of energy to policing her sometimes-toxic standom, which has a nasty, uh, reputation for doxxing and making violent threats against her critics.

After battling this kind of casual slut-shaming for years, Swift has certainly earned the right to let her prolific music career be the first pop culture reference that comes to people's mouths. We do hope the Netflix social media manager is doing okay, though.